5 Fun Games You Can Play in Your Web Browser

Let’s just assume you’ve been productive all day. You deserve a break! And what better way to kick back and relax than to open a fresh tab in your web browser and start playing a game immediately? Browser games are often overlooked in the era of the smartphone, but these games are better now than ever before. If you want to dip your toe into the wonderful world of browser games, you’re in luck. Here are five fantastically enjoyable titles you can play on just about any modern computer. 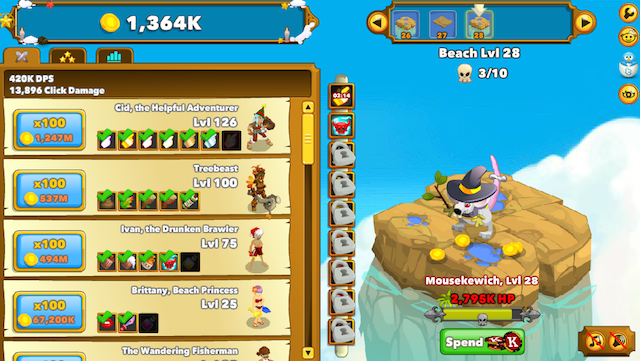 A whole new genre of “idle” games has sprung up on the web in recent years. The idea is that you have some simple, endless task to do. As you play, you earn ways to automate that task, and to become more efficient at it. This goes on and on, creating a feedback loop that’s strangely satisfying.

In Clicker Heroes, your goal is to defeat enemies by clicking on them repeatedly. Fallen enemies spill gold that you can spend to hire party members who will automatically attack enemies for you. As you rake in the cash, you can spend it to upgrade your party members to make them more powerful, which brings you more gold that you can feed into the cycle. The whole thing is housed in an adorable fantasy setting that sounds as good as it looks.

Some people find idle games pointless. Others find them impossible to stop playing. Give Clicker Heroes a shot to see which side you land on. 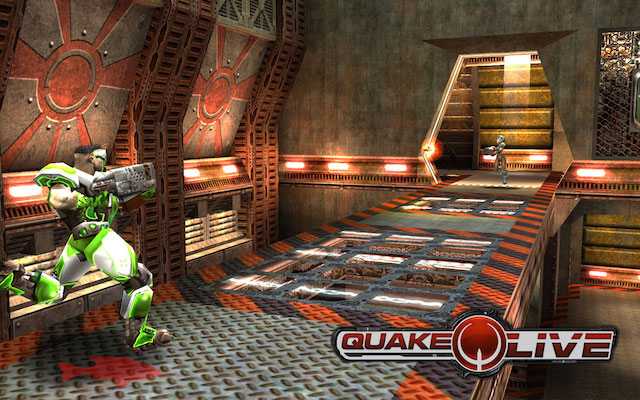 If you’re not a fan of the original Quake, that’s probably because you haven’t played it yet. A follow-up to Id Software’s Doom series, Quake helped usher in the era of polygonal first-person shooters. Back when it came out in 1996, this game required a powerful PC to run its top-of-the-line graphics. Now it runs in a browser window. How the times have changed.

10 Bullets is a simple yet rewarding game. You control a stationary cannon situated at the bottom of the screen, aiming straight up in the air. Ships fly left and right in straight lines through the airspace above your cannon. You have 10 bullets that you fire one at a time by tapping the space bar.

If you hit a ship, it explodes, sending two projectiles flying outward. Any ships they hit are destroyed as well, sending out more projectiles. The more ships you hit, the more projectiles each destroyed ship sends out, creating waves of destruction as more ships fly into the airspace. The goal is to rack up as high as score as possible with your 10 bullets. 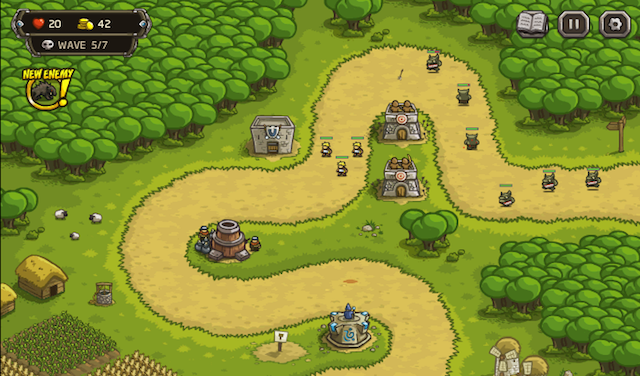 Tower defense games don’t get much better than Kingdom Rush, an extremely fun, accessible game about killing off tiny enemies. In it, waves of baddies trudge down a winding path toward your kingdom. Your job is to ward them off by building fortifications of various sorts: archer towers, mage buildings, dwarven bombardier units, and the like. Successfully defend your kingdom, and you live to fight another day. Fail, and you’ve let everyone in this medieval fantasy game world down. 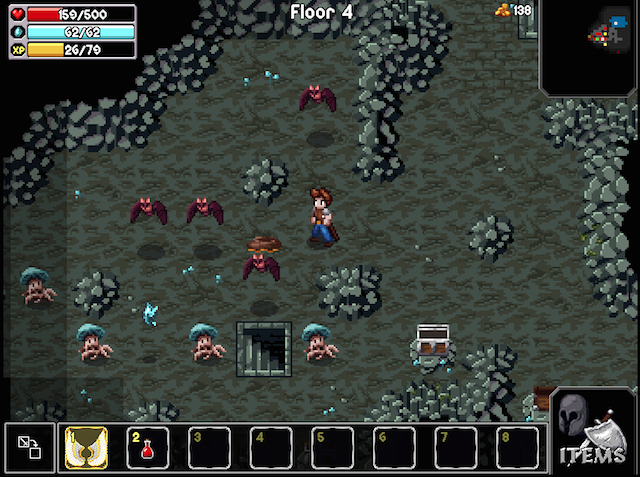 The Enchanted Cave 2 is a role-playing game boiled down to its bare essentials. You play as a young man who can’t stop going on adventures in the mysterious cave right outside of his village. In the cave, you’ll find various treasures as well as monsters that stand still, waiting for you to attack them.

Combat happens automatically, so the main question is which enemies should you attack and which should you leave alone? (Hint: Attack the ones blocking your way to treasure). Add in a crafting system, a leveling system, and tons of gear, and you’ve got yourself a remarkably robust RPG right in your browser.