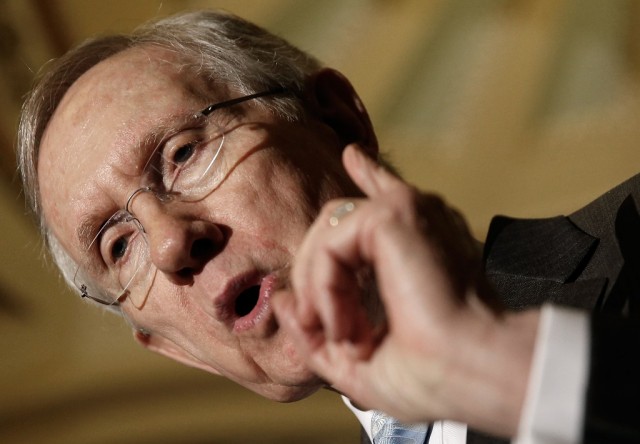 Advocates for open Internet regulations that are opposed by cable and telephone companies such as Comcast (NASDAQ:CMCSA), Verizon (NYSE:VZ), and AT&T (NYSE:T) have now gained the support of a powerful political ally. Senate Majority Leader Harry Reid recently expressed his support for “strong net neutrality regulations” in a letter to executive director of Demand Progress David Segal, provided by Motherboard.

“Let me assure you that I will lead the fight to protect any Open Internet rules promulgated by the FCC [Federal Communications Commission] against the inevitable Republican attack against such rules,” wrote Reid. “The Commission now is considering how to promulgate meaningful net neutrality rules in the wake of the D.C. Circuit Court’s opinion in Verizon v. Federal Communications Commission. I am watching closely as the Commission drafts these rules. And I will work to ensure that these rules give consumers access to the lawful content they want when they want it, without interference and ensure that priority arrangements that harm consumers are prohibited.”

As noted by Reid, the Circuit Court’s ruling voided key parts of the FCC’s Open Internet Order of 2010 and led FCC Chairman Tom Wheeler to propose rules that would allow broadband providers to charge Internet companies a premium for access to so-called “fast lanes” of the Internet. According to Motherboard, the FCC has received more than 1.1 million comments on the issue, many from consumers who are concerned that the proposed rule changes will put an end to the longstanding principles of net neutrality. While Reid’s letter of support for net neutrality is a bonus for advocates of an open Internet, the senator stopped short of saying that he would support reclassifying broadband providers as common carriers under Title II of the Communications Act of 1934, which would allow the FCC to regulate against paid prioritization.

As noted by Motherboard, Title II reclassification is what David Segal’s organization is campaigning for and appears to be what most other open Internet supporters are also seeking. The rules initially proposed by FCC Chairman Tom Wheeler would have regulated broadband providers under Section 706 of the Telecommunications Act of 1996, which provides for some regulation, but also appears to allow broadband providers to create fast lanes for certain online services.

It remains to be seen if Reid’s letter of support for net neutrality will push the FCC to reclassify broadband providers under Title II of the Communications Act of 1934, or if some other way to maintain an open Internet will be found. Either way, with many open Internet advocates garnering support from congressional Democrats and with many congressional Republicans throwing their hats in with the large Internet providers opposed to Title II reclassification, it appears that the debate over net neutrality is gearing up to be a yet another political battle that is fought along party lines.