Chromebook Review: Should You Buy One? 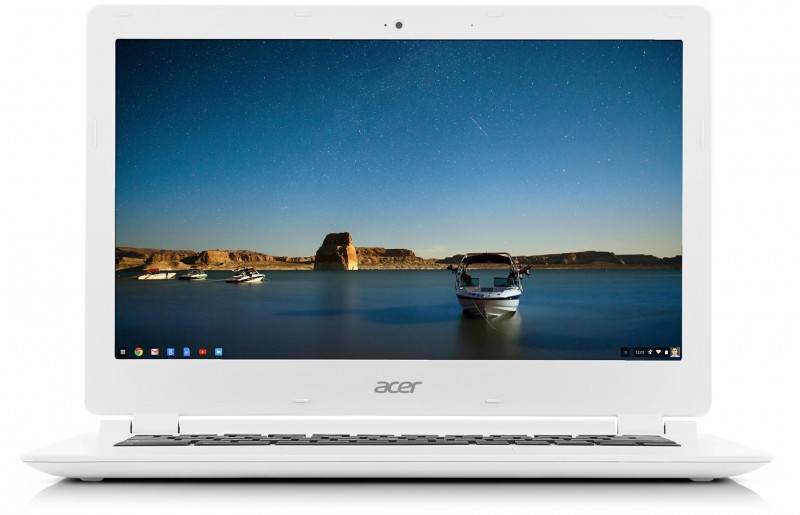 Chromebooks may not be number one on the best-seller charts for laptops, but they’re certainly close. Chromebooks from various manufacturers have ranked among the top 20 best-selling laptops on Amazon. These trends beg the question: Is a Chromebook worth considering over a traditional laptop?

Google Chromebooks are what industry experts would call subnotebooks — a term used 20 years ago to describe a computer that had fewer features and less processing power than a traditional Mac or Windows laptop, but was lighter and cheaper. Chromebooks embody that idea — lower powered laptops with all-day battery life and a stripped down operating system that allows you to do whatever a browser can do (a Chrome browser, that is). For these sacrifices, you won’t be paying for a Windows 8 or Apple’s OSX operating system, you’ll be paying for Chrome OS.

Chromebooks common sub-$300 price tags help ease parting with your hard-earned cash, more so than a MacBook; though breezing through Amazon’s best-seller category again, you may notice an awful lot of low priced laptops. It’s no surprise that consumers like a bargain, but how many of those who made a purchase walked away happy customers?

It cannot be overlooked that the Chromebooks that are best-sellers also received high ratings from buyers, whereas other sub-$300 laptops aren’t always so satisfying to consumers. In fact, the only computers represented on the Top Rated list are MacBooks and Chromebooks. Perhaps the Chromebook’s “limitations” aren’t limitations at all.

What it can do?

Consider what you use a laptop for: Taking notes, tweeting, writing a paper or post at the coffee shop, or checking your email. You can use Google Drive to take notes or write a paper, go through your browser to check your email, and so on. Google has created an ecosystem that lives directly in the Chrome browser, which is what Chrome OS is — a pumped-up browser — and it doesn’t require a constant Internet connection to function (though it’s practically essential for most tasks). Users can create documents, edit photos, compose emails, and load locally stored files in offline mode.

You will be limited with software; downloading Skype isn’t an option. If it can’t run in the Chrome browser, you can’t run it on a Chromebook. You can check out the full app store on Google. You’ll have to make some compromises, but Google’s Chrome Web Store has enough apps from games to business. Evernote, Microsoft’s One Drive, and Angry Birds should all be familiar, but Pixlr Editor (an image editing tool) may not be. For each person’s needs there’s likely an app that will at least get the job done, if not satisfy. However, if your needs extend beyond the web to dedicated software, like Photoshop or Final Cut Pro — if you’re a video editor, professional photographer, or avid gamer — then you likely aren’t doing this work on a laptop and are even more likely not going to be doing it on a Chromebook, which wouldn’t have the processing power for such tasks and activities even if it did support the software.

Heavy lifting for professional programs such as these require a desktop rig. For these consumers, a Chromebook would be a cheap solution for when you want to browse while watching TV or answering emails while traveling. Then again, you could buy a hulking laptop designed to fulfill these needs, but you could build a faster desktop and buy a laptop as a secondary computer with the money you save. Likewise, you can “remote in” to your desktop through a Chromebook and be able to use all those applications from anywhere, provided you have a solid and fast Internet connection and a bit of know-how.

What can’t it do?

The Chromebook does have some hiccups to work out. For some reason, it can’t detect printers through its USB port, though it can see keyboards and a mouse. If you want to print something, your printer needs to have wireless capabilities and you’ll need to download Cloud Print onto your Chromebook. It’s 2014 and still no one has found a way to make printers just work.

As mentioned before, if you like to use certain programs outside of what’s available in the Chrome Web Store, like Skype, you’re going to miss a few things. There are replacements, like One Drive and Google Drive for creating Office documents, Pixlr Editor for playing around with PSDs and retouching images, and Google Hangouts for video conferencing.

Local storage is kept at a tablet minimum. The local storage typically is no more than 16GB or 32GB, which doesn’t leave a lot of room for your personal files. However, manufacturers don’t expect that you’ll store a lot of things on the machine itself — they’re counting on your documents going to the cloud or streaming movies through YouTube or Netflix. You can save videos, music, PDFs, and Office documents to the hard drive and open them with the Files app, but you’ll have to keep tabs on your storage space; it fills up quick.

Who is the Chromebook for?

Windows, Apple, Linux — no mater your operating system, computers have become gateways to the Internet. For what we do on these machines, a fair amount of it involves being connected online. The Chromebook is a reflection of the times, where dedicated operating systems offer more premium features, but browsers are the gateway to everything. In the hands of the right user, a Chromebook can be a great tool for almost a quarter of the price of a fully equipped laptop.

If your intentions are to purchase the Chromebook as your primary and only computer, consider what you do on a daily basis. College students, bloggers, and light computer users may take time to warm up to the differences, but will quickly find their footing. Most students and bloggers do work through Google Drive already, since it’s so easy to sync between home and work or dorm room and computer lab (to print out that term paper). Also, consumers who find they still prefer a solid keyboard and clamshell design over a tablet for casual browsing will feel right at home. Not to mention chromebooks’ 6-7 hour battery lives and light chassis make them the perfect candidate for campuses, convention floors, couch surfers, and long commutes.

Chromebooks can also be a great choice for desktop owners looking for a portable solution without shelling out laptop money. Chrome Remote Desktop will allow you to utilize the programs unavailable to you through the Chrome Web Store, though you’ll have to put up with some lag between computers depending on your Internet connection.