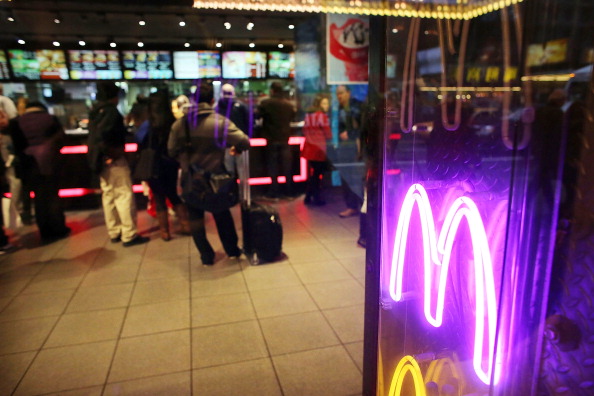 Among the latest wave of Silicon Valley newcomers is one well-established and rather unlikely tenant. TechCrunch reports that McDonald’s (NYSE:MCD) has launched a digital incubator on San Francisco’s Market Street – specifically in the Tenderloin neighborhood, where companies like Twitter (NYSE:TWTR), Yammer, Spotify, and Square have set up shop.

Advertising Age reports that the tech hub, spearheaded by Amazon (NASDAQ:AMZN) and Yahoo (NASDAQ:YHOO) veteran Atif Rafiq, has hired engineers from eBay’s (NASDAQ:EBAY) PayPal, Facebook (NASDAQ:FB), AOL (NYSE:AOL), Yahoo, and Microsoft’s (NASDAQ:MSFT) Xbox. Rafiq said to Ad Age that the hub is intended to help McDonald’s grow the digital projects that will connect it with a younger, more digitally savvy consumer. He added that the San Francisco office will aid McDonald’s in attracting more talent to accomplish those goals, though the majority of its employees so far have come from Rafiq’s personal network.

The move comes as McDonald’s and its many competitors, like Burger King (NYSE:BKW) and Wendy’s (NASDAQ:WEN), try to make up for what has been a slow effort to embrace new tech that can change the traditional fast food experience. McDonald’s has been testing mobile payments after Burger King and Wendy’s began allowing customers to pay via a smartphone, Time reported in March. Both companies’ apps generate a code that customers use to pay at the register.

That contrasts with the way Starbucks (NASDAQ:SBUX), which adopted a mobile payments system early on, in 2011, requires cashiers to scan customers’ phones. Scanning a customer’s smartphone works better for those who pick up their orders in-store rather than via the drive-thru. However, experts consulted by The Wall Street Journal consider the need to share the code an “extra step” in the Burger King and Wendy’s apps, one that could disappoint consumers looking to mobile payment apps as the ultimate convenience.

Though McDonald’s is currently testing its own mobile payments platform, it’s unclear when that system will roll out nationwide, or if it’s more similar to the Starbucks app or those developed by Burger King and Wendy’s. It’s also not clear if it will offer discounts or a loyalty program to encourage repeat customers. However, once the system is ironed out and in place, Rafiq’s intentions with the San Francisco office undoubtedly go far beyond mobile payments and the chain’s current mobile app. Consumers have already seen a hint of Rafiq’s ambitions with the 2014 World Cup augmented reality app that the McDonald’s french fry packaging encouraged them to download.

Rafiq hasn’t specified what the San Francisco office’s staff is working on, but McDonald’s is clearly looking to build partnerships in the tech world. The company’s executives spoke with many companies in Silicon Valley prior to the office’s opening, meeting with everyone from venture capital firm Andreessen Horowitz to small startups that have developed tools or platforms that McDonald’s might be able to use. Making fast food more convenient for a tech-savvy consumer seems to be the focus of the new office.

Platforms like a mobile payments app are seen as essential to attracting a younger consumer — one who eventually might leave his or her wallet at home, choosing to frequent businesses that allow someone to pay with his or her smartphone. Mobile apps are effectively a basic requirement for the younger consumer, and they allow companies to build brand loyalty, especially in the case of companies like Starbucks, which incorporates a rewards scheme into its mobile payments app. But beyond the relatively simple platforms that the Silicon Valley office is expected to help McDonald’s put into place — a more functional mobile app, a mobile payments system — it’s a little hard to imagine what the chain will work on next.

The best use of new tech resources would be to develop projects and platforms that go along with the goal of a mobile payments app to make the experience of ordering and eating at McDonald’s more convenient, and maybe a little more fun. Just as McDonald’s currently lags behind its competitors on the technological front, its store operations are also slowing, with efficiency suffering – and that’s something that customers notice.

McDonald’s main hurdle is to become more relevant to consumers who have a growing number of choices, and those consumers largely perceive McDonald’s to be behind the times. Ad Age reported in March that the company is aware of the challenges it faces, and said it would specifically focus on improving marketing, its menu, and its store operations. The opening of the San Francisco digital hub is a big step toward doing just that, but only if McDonald’s can figure out exactly what its programmers should be working on to make the McDonald’s experience quick, efficient, and exciting again.