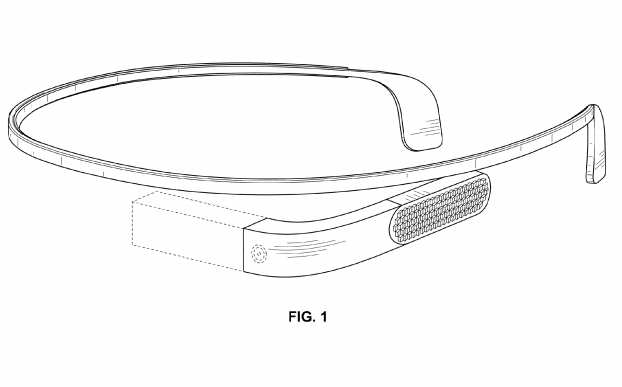 It’s a matter of debate whether Google Glass, Google’s smart eyewear that’s largely failed to catch on, is dead or just in need of some improvements. With a new version promised for 2015, the smart glasses are bound to get some upgrades. A recent patent points to a slimmer, less obtrusive design. But can a slimmer design save Google Glass? Or will it take more than that to help the smart glasses appeal to a wider range of users?

Quartz points out that this is just the latest in a string of design patents that Google has been awarded this year as it attempts to transition Google Glass from an experimental beta release to a full-fledged, consumer-friendly product. High-profile partnerships, such as one with Luxottica — the Italian eyewear company behind Ray-Ban, Persol, and Oakley — and another with fashion designer Diane von Furstenberg have done little to disguise Google Glass’s awkward design, or help the wearable gain ground with the average consumer.

As Tech Cheat Sheet reported in November, consumers and developers are losing interest in Google Glass. The $1,500 Explorer Edition of the device includes a camera, processor, and computer screen mounted to the back of the eyeglass frame and is still the only version available for purchase. Google has pushed back the rollout of a mass market edition, and nine out of 16 app developers contacted by Reuters said that they had stopped work on their apps for Glass — or abandoned them altogether — due to the lack of potential customers or the technical limitations of the device itself.

Google called the first Glass users “Explorers,” but as these users wore Google Glass, the wearable drew stares, jokes, and hostility, and raised questions about potential privacy intrusion of a device that could easily record a video or take a photo. Consumers think that the glasses are nerdy and awkward, and many developers are under the impression that Google still regards Glass as an experiment.

While there are nearly 100 apps listed on Google Glass’s official site, some major names, including Twitter, have recently pulled their Google Glass apps, and most startups making apps for Google Glass have either dropped their apps or pivoted them to focus on enterprise products. A number of Google employees who played an integral part in the development of Glass have left the company in the past six months, including lead developer Babak Parviz, electrical engineering chief Adrian Wong, and director of developer relations Ossama Alami.

But Google still has hundreds of engineers and executives involved, and promises a mass market version of the device in 2015, despite the wearable’s limitations, such as the necessity of speaking out loud to the device. So can a new design save Google Glass, or is Google’s wearable device on its last legs?

As Technology Review reports, Google opted not to spend years developing Glass in secret, but instead introduced it as an early beta product that was functional but finicky. It hoped that developers would create apps that would make a case for the wearable to consumers, but the wearable caused too much social backlash to gain acceptance. Technology Review posits that despite Google’s missteps, researchers — at Google, perhaps, and elsewhere — continue working on the technology that enables glanceable information blends into a pair of glasses, instead of sitting obtrusively on top of them.

The report imagines smart glasses that are “pretty much unnoticeable,” with a tiny display in the lens and the electronics and battery concealed within the frame. They could be operated by fairly discreet touch gestures, eye movements, and — only when appropriate — voice commands. Consumers could buy such a product as an add-on to regular eyeglasses. The practicality and unobtrusiveness of the device could inspire developers to create apps that enable the ideal of an information-rich lifestyle.

Technology Review notes that for smart glasses to succeed, they’l need a display that is much less obvious than the prism-like display in the current version of Google Glass. The display is conspicuous in its place above the eye and set away from the frame, and when it’s on, others can see the bright mirror image of whatever it’s showing.

One solution could be the technology being developed by a startup called Lumiode, which uses LEDs to create microdisplays. Its technology uses each LED as a pixel by adding a layer of transistors atop the LEDs to control how they emit light, and chief executive Vincent Lee says that the technique could yield tiny displays that are ten times brighter and more energy efficient than existing display technologies.

A more radical approach to cutting down the bulk on future smart glasses models could be to take the lens needed to magnify what’s on the display out of the glasses, and place it closer to the eye. Technology Review points out that a company called Innovega is testing that approach by developing contact lenses with a tiny bump that serves as a microscope for content that can be streamed from the inside of a pair of glasses. When media is streamed from a projector or display panels built into glasses, it passes through the bump on each contact to come into focus just in front of the eye.

Equipping smart glasses with the power to work all day without the use of a heavy battery is another challenge. Addressing it requires optimizing software to work frugally. And new hardware, such as flexible printed batteries like the zinc-based ones made by Imprint Energy could be incorporated into the frames to eliminate some of the bulk typically associated with lithium-ion batteries. Another option is power harvesting, exemplified by technology by Perpetua Power that uses body heat to produce electricity. In the future, smart glasses could incorporate tiny thermoelectric generators against the skin, such as at the bridge or the temple, to extend battery life.

While Google is trying to make Glass as sleek as possible — in order to make it appealing to a wider user base — its lead designer, Isabelle Olsson, thinks that giving consumers colors and frames to choose among is more important than miniaturizing the technology needed to make the device function. She told Technology Review, “If you can pick the frame that you would normally pick and that you’re normally comfortable with, it’s going to look more like you.”

But Google’s focus on making Glass more stylish is misplaced. The patent revealing the less-awkward design is a step in the right direction, but cosmetic changes to what still amounts to a computer prominently placed on the user’s face won’t help Google Glass win more users. Google will either need to make the technology a lot less obvious — re-engineer Google Glass instead of redesign it — to make the hardware exponentially less intrusive, or leave the smart glasses revolution to someone else who will reimagine the form of the technology instead of trying to distract the eye from it with a stylish frame.