Can Apple Justify the High Price Tag of the Apple Watch? 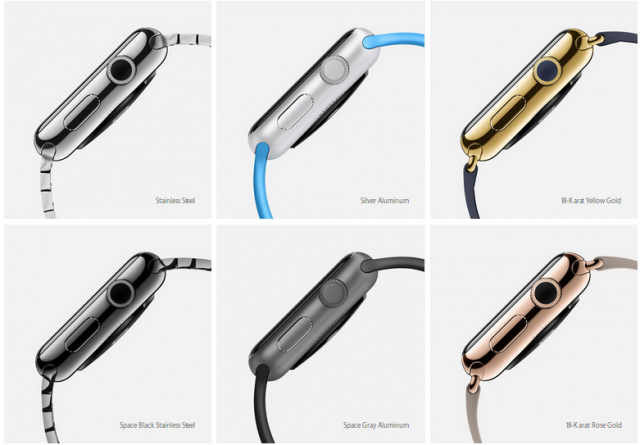 Since the Apple Watch was unveiled in September, one of the biggest questions for consumers and for the tech community — after “When will it be available?” — has been, “How much will it cost?” Apple said that prices for its first wearable device will start at $349, but if recent rumors are to be believed, the price tags for some of the higher-end models could reach into the thousands.

That would leave the Apple Watch Sport, which the company has said would cost $350, as the lowest-priced model of the wearable, which seems in line with its use of lower-cost materials compared to the models in the other two lines. Apple Insider, which spotted the report, explained that while iGen has been accurate in predicting recent product launches, its claims about the Apple Watch line’s pricing structure still can’t be verified. 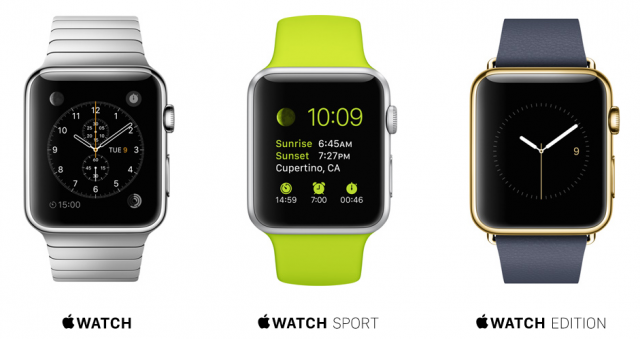 That speculation is renewed with iGen’s report, which also says that the site’s Apple contact maintains that the company is still aiming for a launch date of Valentine’s Day — in spite of the leak of an internal video in which retail head Angela Ahrendts told employees that the Apple Watch will launch during the spring of next year, later than previously thought and hoped, given Apple’s planned time frame for a launch in “early 2015.”

As James Cook reported for Business Insider, the message was leaked after an internal source claimed that the company was having trouble working toward a Valentine’s Day release schedule. He interpreted Ahrendts’s message that “We’re going into the holidays, we’ll go into Chinese New Year, and then we’ve got a new watch launch coming in the spring” to mean that the launch of the Apple Watch is now planned for a date anywhere between late March to sometime in June.

Notably, the report by iGen notes also says that it doesn’t appear that any part of the Apple Watch will be able to be removed and replaced, not even the battery, and that the Apple Watch appears to be as closed as the iPad. Writer John Gruber thinks that enabling users to remove and replace one part of the high-end wearable might enable Apple to justify the high price tag of the luxury Apple Watch Edition models, given that a major problem with the Apple Watch is that it will be obsolete within the space of a few years.

The first version of the iPhone or the iPad would struggle to run any current app or feature, and they have very limited value, even as a collector’s item, because they were so mass-produced. The same could easily happen with the Apple Watch as the company improves the design, components, and functions of the device. But as Jay Yarow reported recently for Business Insider, Gruber, in a three-hour podcast on his Daring Fireball site, proposed a way that Apple could keep its expensive new wearable from going obsolete: by making the computer chip that powers it replaceable.

Apple explains on its page dedicated to the technology of the Apple Watch that the S1 chip integrates “many subsystems into one remarkably compact module, which is then completely encapsulated in resin to protect the electronics from the elements, impact, and wear.” Apple adds that “Configuring an entire computer system on a single chip is an industry first and represents a singular feat of engineering and miniaturization.”

That wording makes it sound as if there’s at least a slim chance that Apple would be able to remove the S1 and replace it with an S2 or an S3 in the future — an idea that seems like little more than speculation on Gruber’s part but would, nonetheless, make the Apple Watch more valuable, both as a wearable device and as a limited-edition collector’s item. Yarow notes that Apple could charge a fee in the neighborhood of $500 to replace the chip, as Gruber theorizes — a fee on par with what it costs to service a high-end luxury watch every few years.

Some potential drawbacks to the plan would be the necessity of Apple’s commitment to keeping the S-chip the same size and shape for a long time. And if other parts of the new Apple Watch models evolve — as the sensors, battery, and display are bound to do — that could cause problems for the compatibility of the S-chip with earlier models. But as Yarow notes, Gruber’s thought experiment is an interesting way to think about how Apple might make the device worth the investment of hundreds or even thousands of dollars. It’s clear that Apple will need to do everything it can to ensure that each model of the Apple Watch remains useful for as many years as possible.

Whether or not the modularity approach is practical and one that Apple is planning to take in the case of the Apple Watch, the company will need to demonstrate to consumers that it can justify the high price tag of the Apple Watch. For many, the gold Apple Watch Edition will never be within reach, or even desirable, at the high price it will likely command. But even the lower-priced versions of the wearable are priced as luxury items, ones that people will want to buy, keep, and use for years. Apple will need to realize that even the most avid buyers of luxury goods will want their watch — smart or not — to last beyond a couple years’ worth of upgrade cycles.