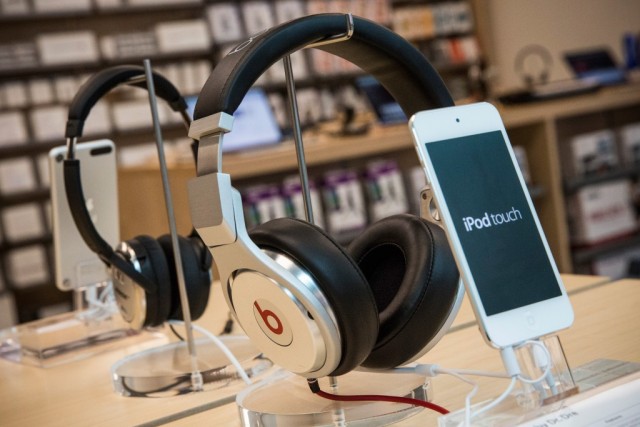 Can Apple make lightning strike twice? Over 10 years ago, Apple helped usher in a new era in the music industry when it launched its iTunes music store and iPod digital media player. The iPod became a must-have device for music lovers and its popularity fueled the growth of the nascent digital music download industry. It wasn’t long before digital music sales supplanted CD sales and Apple became the music industry’s top overall retailer.

Of course, Apple’s success wouldn’t have been possible without the special deals that Steve Jobs was able to wrangle from the major record labels. One of the key features that made iTunes such a success was the à la carte sales model that allowed Apple to sell individual tracks for the bargain price of $.99 at a time when CDs could retail for as much as $18. Now it looks like Apple is trying to cut another special deal from the record labels as the music industry shifts once again from digital music download purchases to digital music streaming subscriptions.

According to insider sources cited by Re/code, Apple is currently in talks with the major record labels about securing special features and rights for its Beats Music service, including a subscription fee that is lower than the industry standard of $10 per month. Like Beats Music, other on-demand subscription music streaming competitors such as Rhapsody and Spotify currently charge $10 per month. However, if Apple is able to secure a special deal from the record labels for its Beats Music service, it may be able to dominate the subscription music streaming business in the same way that it came to dominate the digital download market. The only question is: are the record labels willing to go along with Apple again? 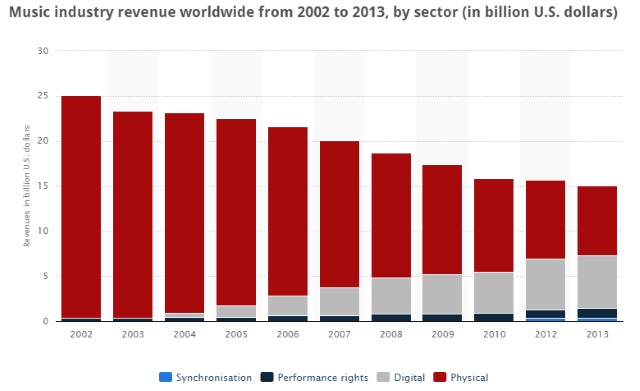 Now, digital music download sales are slipping as more consumers turn to subscription-based music services, a consumption model with even lower margins than digital download sales. According to the Nielsen Entertainment & Billboard’s 2014 Mid-Year Music Industry Report, sales of digital albums declined by 11.6 percent in the first six months of 2014 compared to a year ago, while individual digital track sales fell by 13 percent. Meanwhile, the on-demand streaming market has seen a year-over-year increase of over 50 percent. Although Apple has not revealed how much the digital music download market decline has impacted its iTunes sales, Morgan Stanley analyst Katy Huberty estimated earlier this year that the company’s sales may have seen a year-over-year decline of 24 percent, reports 9to5Mac.

With digital download sales falling and on-demand subscription services taking off, it appears that Apple is hoping to jump start its Beats Music acquisition with a cut-rate monthly fee. However, if Apple plans on replicating the success it had with the iTunes store over a decade ago, it will have to convince the major record labels that giving Beats Music a special deal will pay off in the long run. This may be a hard sell considering that some record labels may still resent how Apple previously took over the music industry with the iTunes store. On the other hand, Apple brings over half a billion iTunes account holders to the table and the sheer number of potential Beats Music subscribers may persuade the record labels to give Apple a special deal once again.

While it’s not known exactly what other concessions Apple is seeking from the record labels besides a lower subscription fee, it could include some special features that will give Beats Music a competitive advantage over rival streaming services. This may be the most important aspect of any deal Apple makes with the record labels since Beats Music will not only be competing against other subscription services, it will also be competing against free music streaming services such as Pandora, Google’s YouTube, and Apple’s own ad-supported iTunes Radio service.