Can Apps and Wearable Devices Help Change Our Habits? 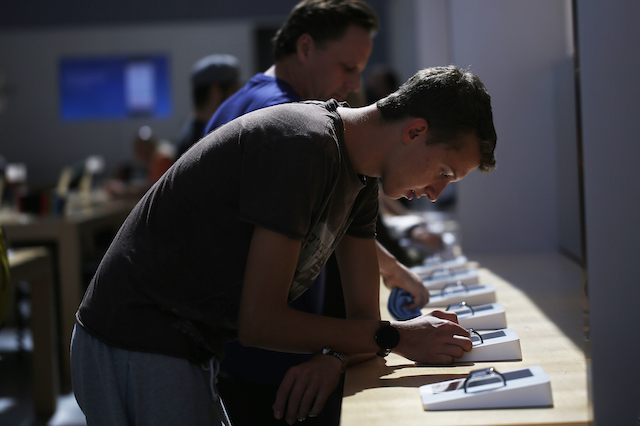 New devices and apps enable you to track your exercise regimen, your diet, your weight, and a wide array of metrics on your body, life, and activities. But does all of this self-tracking just help you collect a whole lot of data about your life? Or can it really help you put that data to work and make real changes to your behavior and habits?

Belinda Lanks recently reported for Bloomberg that with smartphones and wearable devices, we can track everything from the calories we eat to how well we sleep and how our moods change throughout the day.

Lanks writes that such “cold, hard data” help people live better lives by enabling them to track changes and spot patterns in the factors that influence their mental and physical well-being. And the increasingly capable apps and gadgets that are continually becoming available make it progressively easier to collect and analyze data about our lives.

Natasha Singer reports for The New York Times that the quantified self movement, in which users collect data about themselves and their lives via self-tracking apps and wearables, has given rise to an interesting evolution: “devices whose primary function is less to enlighten users with information than to prod them to change.”

This new category of self-tracking technology includes the Waterlogged app, which pushes users to increase their water consumption; the HAPIfork, which warns users when they eat too quickly; and Thync’s “neurosignaling” headset, which delivers electrical pulses intended to make the wearer more energized, focused, or relaxed.

The effect of such devices is that self-tracking focuses less on the data and more on the insight devices and apps can provide. In the move to the mass market, Singer argues that “the quantified self has become the infantilized self.” But those in the industry think that devices that simply collect and display numerical information about users’ behavior are less likely to help people make lasting changes to their habits.

The self-tracking movement originally involved people analyzing and acting upon insights they actively derived from their own data, which they analyzed themselves instead of having companies monitor them. But many new self-tracking tools enable users to cede this detective work to algorithms.

Fast Company’s Vivian Giang reported last summer that there’s no shortage of apps that claim to help you change your behavior and conquer your bad habits. Think of the Freedom app, which blocks your Internet access so that you can focus on your work; the Fitocracy app, which gamifies fitness by rewarding you with points; or the Coach.me app, which enables you to choose a goal you want to achieve and reminds you to check in and track your progress toward it.

The tech companies behind many of these apps have partnered with psychologists to understand exactly how to get you to use — and keep using — their products, and have found that rewards are key to establishing lasting behavior changes.

But even if an app is successful in using rewards to help you change a habit or form a new one, you may find yourself reverting back to old behavior after you quit using the app. That’s because if an app only gets you to change your behavior as a reaction to its feedback, you’re probably only changing your behavior because you’re actively using the app.

While wearable devices and apps can help you track progress toward your goals or remind you when things need to be done, they don’t change your environment or your interactions with others, which traditionally are the most effective avenues through which you can change your behavior.

And even when apps can help you change your habits, even temporarily, not everyone is convinced that quantifying, tracking, and analyzing day-to-day life is really beneficial. A study published in The BMJ, a British medical journal, questioned whether health-tracking apps are doing any good for users who are already healthy.

A physician who offered his opinion in the paper explained that many health-tracking apps and devices attract “unhealthily heath obsessed” individuals and “young, asymptomatic, middle class neurotics continuously monitoring their vital signs while they sleep.”