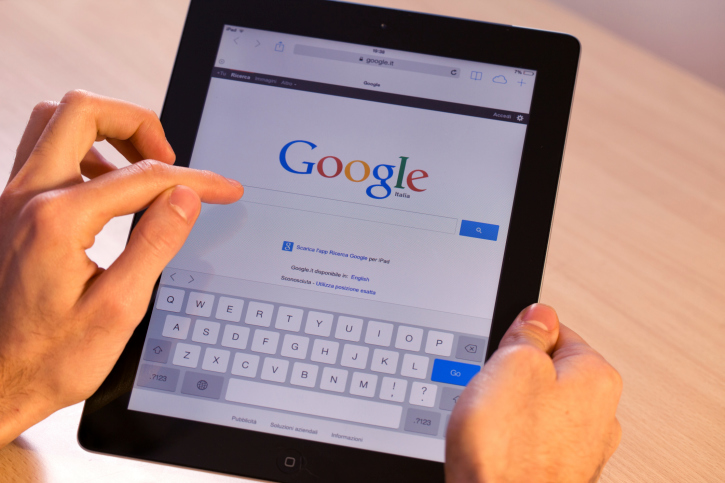 Google has grown into much more than a search engine. Capitalizing on users’ unease with the Internet giant’s increasing propensity to track their activity online, a growing number of startups are building simple, secure search engines that aim to provide alternatives to Google.

Writing for The New York Times, Mark Scott reports that a French startup called Qwant is aiming for Google’s search engine business with an engine of its own, which it first released 18 months ago. The company is tapping into the growing anti-Google sentiment taking hold in Europe, where some lawmakers have called for a breakup of the American Internet giant, a court ruled that users have a “right to be forgotten” from Google’s search results, and the European Commission is buried in an antitrust investigation over Google’s 85% share of the European search engine market.

Qwant hopes that its search engine, which doesn’t track users and includes social media posts along with traditional search results, will help it take on Google not in its capacity as an online empire but simply in its function as a search engine.

Jean Manuel Rozan, a former financier and cofounder of Qwant, told The New York Times in an interview: “There’s a need for a choice. Europe is the only place in the world where people think that Google is the Internet.”

But leveraging anti-Google sentiment into a viable business is a challenging proposition, as Google’s search engine and ever-expanding array of other services play an important part in how Europeans access information. Scott said that even much-maligned American tech companies, like Amazon and Facebook, continue to have strong followings across the 28 European countries.

In a move that Scott said was mostly motivated by the need to buy European servers, Qwant sold a 20% stake to Axel Springer, a German publisher whose chief executive has criticized Google’s dominance.

At the time, Bloomberg reported that the investment of about $6.8 million would enable Qwant to develop features like encrypted email and to introduce its site in more countries. Rozan said that Qwant made a $1.8 million profit in 2013 but will report a loss for 2014 as it expands into markets like Germany, per The New York Times.

As other Google alternatives like DuckDuckGo and Ixquick also do, Qwant appeals to users who distrust companies’ policies of tracking their activity online. Internet giants like Google and Facebook use data from users’ online activity to sell targeted advertising. Qwant, conversely, does not track users’ online movements, and sells advertising based only on users’ search queries.

Rozan said to the Times that Qwant users made about 1.6 billion search queries in 2014 — a figure that equates to less than half the queries that Google handles in a single day. But Qwant is pressing ahead, and plans to release a child-friendly version of its search engine, called Qwant Junior, early in 2015. Google has announced similar plans for a search engine built especially for children. France’s education ministry has said that it will begin using Qwant Junior in some French schools.

Éric Leandri, another Qwant cofounder, explained the significance of the opportunity to The New York Times: “If you have three million children who will search on Qwant, then there’ll be six million parents who will know about Qwant.” The startup is also in discussions to become the default search engine on some of Axel Springer’s websites.

But size isn’t the only area where Qwant can’t yet compare to Google — and in some significant ways, doesn’t want to. Leandri made an important point about what sets apart his startup from Google, a company known as much for its search engine as for its Android operating system, its array of cloud-based services, or the secretive Google X research arm that sees it researching  “moonshots” like driverless cars. “Google isn’t a search engine anymore,” Leandri said to the Times. “We are just a search engine. We don’t do robots.”

Many young and privacy-focused search engines, from Qwant to DuckDuckGo to Ixquick, are avoiding expanding far beyond the search engine. While Google’s data collection practices are rooted in the advertising business it has built on top of its search engine, what many regard as the company’s violations of users’ privacy have expanded exponentially as it added more tools and services to its offerings.

Google’s tracking of users across the Internet (not just on its own site), its scanning of the messages of Gmail users, and the tracking completed through the Chrome browser all came after Google expanded beyond the search engine. The company’s every expansion continues to raise a host of criticisms and concerns, particularly its recent forays into home automation and health research.

But can a search engine that’s just a search engine compete against Google? With NetMarketShare reporting that Google’s desktop search engine market share exceeds 83% globally, it seems a difficult task. But as Qwant notes, it isn’t trying to provide the same service as Google.

Rozan explained to The New York Times, “We want to give results from both the web and social networks. If we’re just going to offer the same service as Google, we should stop now.” In the coming year, it will be interesting to see how many users — in Europe and around the world — object strongly enough to Google’s tracking and monitoring to explore their options for alternative search engines.