Can the New Apple Watch Save Your Life?

At today’s big fall event, Apple announced a new Apple Watch version, as many expected. The biggest upgrade is the Apple Watch 3 will have built-in cellular capability, sharing the same phone number with a user’s iPhone. While not needing to carry one’s phone around 24/7 is super exciting, other solid benefits of the new $399 gadget include possible health-related ones that could be life-saving.

Apple CEO Tim Cook led the new Apple Watch presentation, showing a video of various Apple Watch users around the world who had written the company letters sharing how the device benefited their health. Included among them were a blind runner, a ballerina, a father of a girl with diabetes, an amputee swimmer, and a fitness competitor who had lost weight.

Apple’s Jeff Williams went on to explain that the company is partnering with Stanford University and telemedicine company American Well for a project called the Apple Heart Study. Goals are to determine whether the watch can function as a heart sensor by effectively detecting abnormal heartrates and heartbeats. 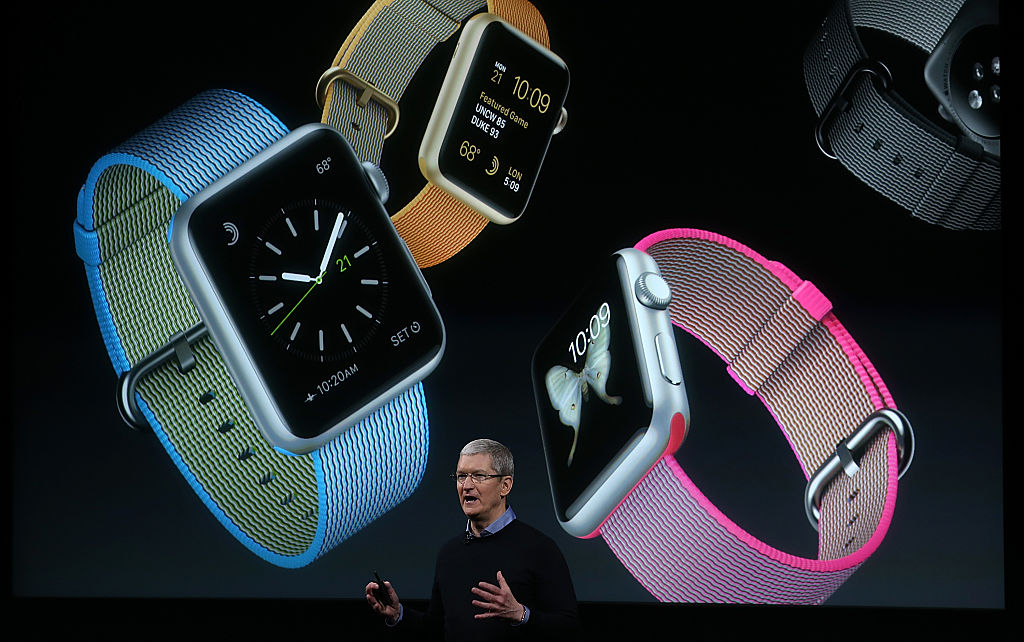 The new Apple Watch will come with a revamped heart rate monitor, which will display one’s heart rate on the face of the watch. It is designed to detect things like an elevated heart rate while a user is at rest, and then to notify the user of it.

In addition, the watch could possibly notify users of cardiac arrhythmia. The condition, which often goes undiagnosed, can lead to blood clots, stroke, and heart problems such as heart failure, per the American Heart Association.

Along with the possible health benefits, the cellular new capability will also enable users to use the new Apple Watch to stream music on their wrists without being tethered to their phones, Williams said.

The new Apple Watch will be available for purchase Sept. 22, and will cost $399 for the cellular version and $329 for the non-cellular version. The device will come in colors Silver, Space Gray, and Rose Gold. AT&T, Sprint, T-Mobile, and Verizon will support the watch.