Can This Video Game Giant Power-Up Your Bank Account? 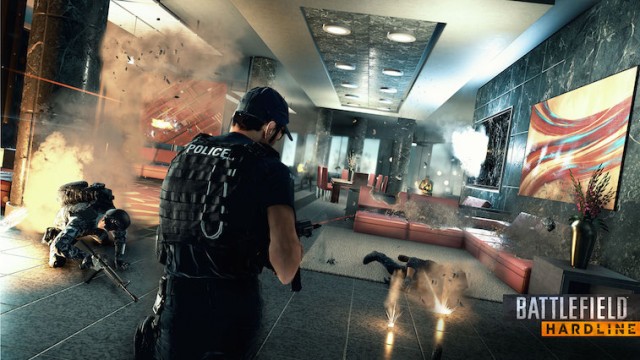 Video game developers are no longer lagging behind other players in the market. After a multi-year fallout period from a lack of new consoles and mobile exposure, investors are starting to take notice of the once beaten-up industry. A small handful of companies are available for public investment, but only one is king of the hill.

Electronic Arts (NASDAQ:EA) has a profile that’s hard to ignore. Founded in 1982, EA is a leading global entertainment company that delivers games, content, and online services across multiple platforms. Gamers and non-gamers alike recognize EA for popular franchises like Madden, Battlefield, The Sims, Need for Speed, and FIFA. In fact, EA has more than 300 million registered players around the world, propelling the company’s market value to almost $20 billion.

The emergence of the Playstation 4 and Xbox One are allowing the good times to roll. For the quarter that ended March 31, 2015, EA earned $125 million ($0.39 per share) on $896 million in sales. Wall Street analysts only expected the company to earn $0.25 per share on $846 million in sales. During fiscal year 2015, EA was the top publisher on Playstation 4 and Xbox One, powered by the success of Battlefield Hardline, Dragon Age: Inquisition, FIFA 15, NHL 15, Madden NFL 15, Battlefield 4, and FIFA 14. More than 30 million game sessions of Battlefield Hardline were played during the quarter, while nearly 200 million hours of Dragon Age: Inquisition have been played life-to-date.

Gamers don’t appear to be shutting off their devices anytime soon. Hardware and software sales grew year-over-year in 2014 for the first time since 2008. The new console systems are expected to sell over 200 million units by 2019, with the Playstation 4 leading the way, and push the global video game software industry to $100 billion. Games are also becoming more addicting. In 2013, players aged 13 and older spent more than six hours a week on any gaming platform, up from 5.6 hours in 2012 and 5.1 hours in 2011. But consoles don’t claim all the credit.

Smartphones and tablets are attracting more screen time and money than ever before. Half of American console gamers also played on their smartphones and tablets in 2013, up from 46% in 2012 and 35% in 2011. Mobile gaming revenues are even expected to surpass console gaming sales for the first time ever this year. Fortunately, EA has been expanding its exposure to mobile gaming. In the recent quarter, EA’s monthly active users for its mobile titles averaged more than 165 million. For the full fiscal year, mobile revenue set a new company record at $524 million.

Will the good times continue? Shares of EA have nearly tripled since the beginning of last year. That could be considered good or bad considering your bias. Maybe the strong momentum will continue to carry shares to new highs, or perhaps most of the turnaround news is already priced into shares — leaving little gains for new investors to enjoy. However, EA has already proved its flexibility by capitalizing on emerging trends such mobile gaming. The company also has a strong balance sheet that allows for share repurchases. EA recently announced a $1 billion buyback plan that won’t expire until May 2017, which should provide some support for shares.

On the immediate horizon, EA plans to capitalize on Star Wars fever later this year. Star Wars Battlefront will launch on November 17, 2015 in the United States on the Playstation 4, Xbox One, and PC. The release takes place one month before the highly anticipated film, Star Wars: The Force Awakens.