Wearable Tech Devices: Can They Really Change Your Mood? 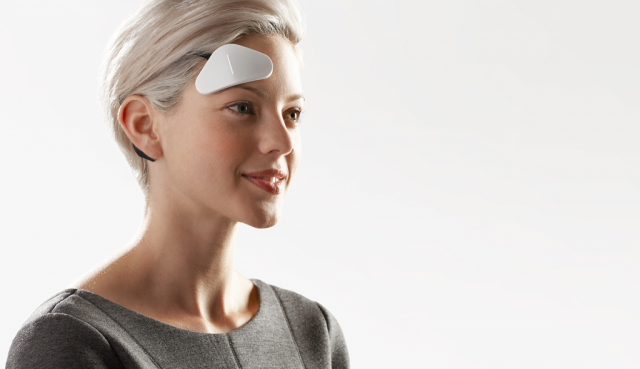 Some wearable devices track how far you run or monitor how your heart rate changes throughout a workout, all for the purpose of helping you improve your physical fitness. But the same trend that makes the technology needed to track your physical performance is also putting the ability to track your brain within reach of the builders and buyers of wearable technology. So how do they help — or at least aim to help — improve your attention span or change your mood?

If you wanted to improve your fitness, it would make sense to use a wearable device to track your workouts. Using the data the wearable device collects, you can analyze how well you’re performing, learn what you’re doing well, and discover where you have room for improvement. From there, you can fine-tune your routine to improve your performance, continually assessing your progress.

Wearable technology manufacturers are now applying the same logic to devices that can collect information about how your brain is performing, and in some cases, can aim to influence your brain’s activity. Using a headset, you can get immediate feedback on what your brain is doing during an activity or during a guided session intended to improve your attention or to calm you down. The idea is that these devices can help you to learn about how your brain performs and apply that data to improve your focus, your mood, and your brain’s performance. These devices largely rely on two different technologies: electroencephalography and transcrancial direct current stimulation. 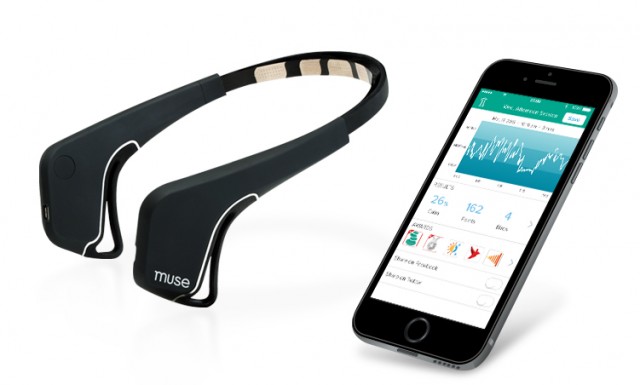 Gizmag reported in 2013 that the United States Department of Defense was pushing for the development of cheap wearable devices that can detect wearers’ brainwaves and send real-time information on the brain’s electrical impulses to a smartphone or tablet. The idea was to build a device that uses electroencephalography, a method of recording the electrical activity of the brain by measuring its voltage fluctuations with electrodes placed along the scalp. While the Department of Defense intended to EEG devices to identify traumatic brain injuries in the field, the technology is already being put to work in wearable devices intended for use at home or in the office. The MUSE, for instance, is a “brain sensing” headband that uses EEG technology to passively detect changes in your brain from the outside of your head.

MUSE helps you to train your brain by giving you real-time feedback on how your brain is performing as you’re guided through focused “attention training,” which its website says is “the mental equivalent of a treadmill.” It aims to improve your focus over time by teaching you to become aware of your distractions more quickly and to react more quickly to regain focus on a task. Re/Code’s Bonnie Cha described MUSE as a “Fitbit for your brain,” and reported that the sessions made her more relaxed during the stressful parts of her day, though she had yet to see any long-term effects. But MUSE is far from the only brand marketing EEG technology as a way to train your brain. While the MUSE costs $299, Neurosky makes a variety of EEG headsets, including one that costs just $79. Other options at various price points include the Melon Headband, the Versus headset, and Emotiv’s headsets.

Though EEG devices designed for brain training are proliferating, many experts are skeptical about the effectiveness of using what amounts to games and gamified exercises to improve your brain’s performance. The Stanford Center on Longevity and the Berlin Max Planck Institute for Human Development last year asked leading cognitive psychologists and neuroscientists for their opinion on “brain games.” The consensus of the group was that claims promoting brain games are often exaggerated, and the performance gains that are experienced aren’t always lasting. The experts noted that “there is little evidence that playing brain games improves underlying broad cognitive abilities, or that it enables one to better navigate a complex realm of everyday life.” 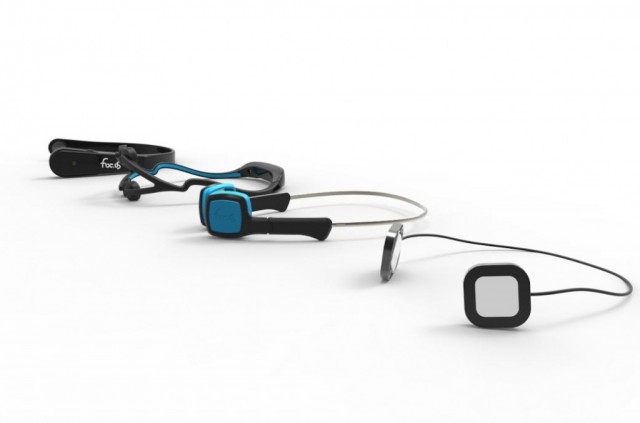 While EEG-enabled headsets passively monitor your brain’s activity with the aim of using brain training or games to help you improve, wearables using other techniques take a more active approach to optimizing your mood or performance. Foc.us recently unveiled Moovs, a $100 headset that uses small amounts of electrical current to improve wearers’  focus, memory, and performance in video games. The headset uses a technology called transcranial direct current stimulation (tDCS), which targets the prefrontal cortex with electrical shocks ranging from 0.1mA to 2.0mA. Moovs, in particular, targets the areas of the brain that Foc.us cofounder Michael Oxley tells VentureBeat’s Dan Crawley are used for higher functions like image recognition and memory, skills on which gamers, especially competitive ones, rely.

Crawley notes that over the past decade, numerous studies have discussed the benefits of tDCS, which has the potential to boost memory, problem-solving skills, and even mathematical performance. While the United States Air Force uses tDCS to cut pilot training time in half, some studies deny that the method offers any real benefits, and recent literature from the University of North Carolina claims that the usage of tDCS has a detrimental effect on IQ scores.

Another new device, a $299 headset from Thync that claims to enable users to shift their mood, builds on both tDCS and another technique called transcutaneous electrical nerve stimulation (TENS), which uses electric current to stimulate nerves via electrodes applied to the skin. Thync calls its technology neurosignaling and claims that it activates specific cranial and peripheral nerves to help wearers shift into a state of calm or give them a boost of energy within minutes of putting on the headset.

Though Thync has garnered some interest and attention at its headset’s launch, reports are divided as to whether its technology actually works. According to Newsweek’s Eilish O’Gara, while Thync’s website says that its “low-risk transdermal neurostimulation device” has been tested in single-blind and double-blind placebo-controlled studies on more than 3,500 users without significant side effects, others have raised questions about the device’s effectiveness or safety. Emiliana Simon-Thomas, science director of the Greater Good Science Center at the University of California at Berkeley, pointed to the possibility of negative, long-term side effects. TechCrunch’s Kyle Russell tested the device and found its Calm vibe so potent that he found it difficult to construct a coherent question for Thync’s staff, and Buzzfeed’s Stephanie M. Lee said it caused her head to throb and ache.

But many reviewers have had positive experiences without side effects; Gizmag’s Will Shanklin described Thync as a “safe, digital version of drugs,” and said that while effective, the electrical pulses didn’t hurt or feel uncomfortable. It’s hard to tell what you should believe because accounts of the effectiveness of the device necessarily rely on subjective experience. The same goes for most of the brain-sensing or influencing wearables on the market. Depending on whose account you read, they seem to have a lot of potential, but for now, the technology is largely unproven.