Can Will.i.am Disrupt the Smartwatch Market? 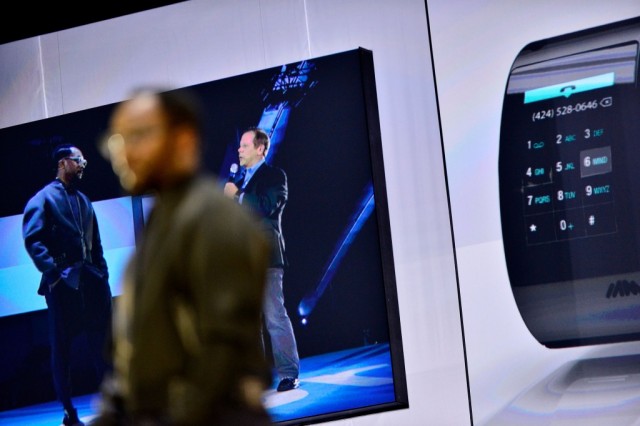 There’s a new player in the smartwatch market, and it’s not your typical mainstream tech company. Will.i.am, the rapper and entrepreneur who may be best known as one of the founding members of the critically acclaimed hip hop group The Black Eyed Peas, recently became the latest player in the increasingly crowded wearable tech market when he unveiled his own his own wrist-worn device at Salesforce’s Dreamforce conference in San Francisco. Known as “Puls,” will.i.am has described the device as being a “cuff,” rather than a smartwatch.

As seen in the image above, the Puls is approximately two inches wide and looks more like a heavy bangle than it does a wristwatch. The device’s bulkier design isn’t the only aspect of the Puls that will set it apart from other smartwatch competitors. Unlike most of the latest smartwatches from major tech companies like Apple, Samsung, and Motorola, the Puls is not designed to be tethered to a smartphone. The Puls includes GPS, Wi-Fi, Bluetooth, and 3G cellular connectivity, which allows it make phone calls and send texts without having to relay communications through a smartphone. Although the Puls runs a forked version of Google’s Android operating system, it doesn’t rely on Google Now, but instead uses a custom personal assistant known as “AneedA,” reports Gizmodo.

Like most wearable smartwatches, the Puls features an accelerometer and a pedometer to enable some fitness-tracking functions. Besides the usual wearable mobile device amenities such as email and music and photo storage, the Puls offers a high-tech version of a mood ring via an app called Vibe, reports The Next Web. It also comes preinstalled with the Humin app that will allow Puls owners to exchange contact info with each other by simply tapping two devices together. 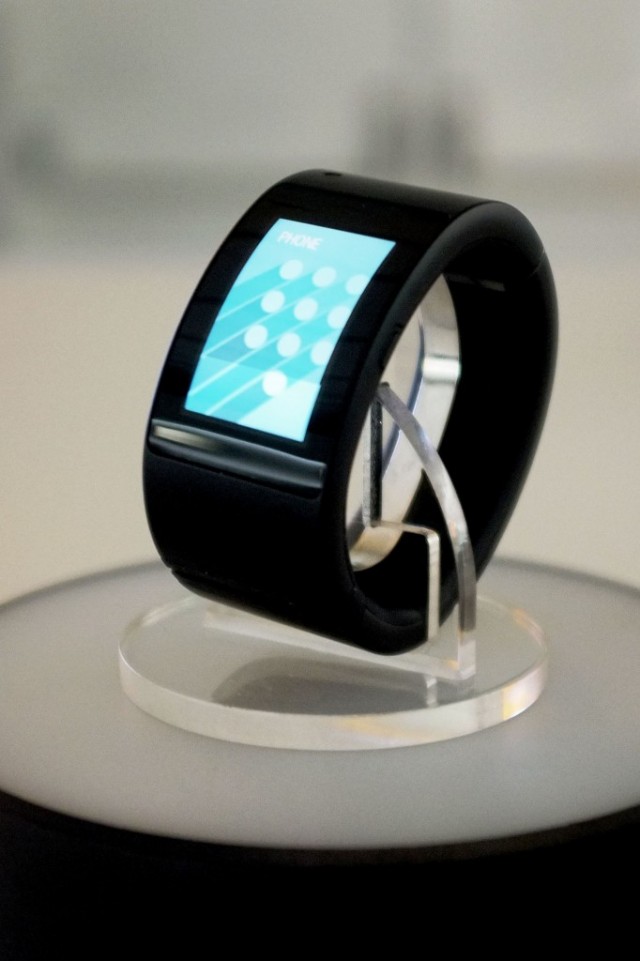 Similar to how Apple is marketing its upcoming Watch device, will.i.am’s i.am+ brand is positioning the Puls as a fashion accessory, rather than as a strictly technological gadget. In fact, will.i.am described his approach to the smartwatch market as “fashionology” — a portmanteau of the words “fashion” and “technology” — in a recent interview with Gizmodo. “I sit in the middle,” will.i.am told Gizmodo. “I love fashion — that’s what I went to school for — but I love technology — that’s what I’m telling kids to go to school for.”

So can will.i.am duplicate the success he’s had in the music world in the world of wearable technology? While it remains to be seen if the Puls’ unique design will appeal to consumers, there is at least one aspect to will.i.am’s approach to the wearables market that may give his device an advantage over the Apple Watch or the Samsung Gear S. Most other smartwatches try to emulate the design and size of a traditional timepiece. Unfortunately, this design constraint also limits the size of the batteries that are used in most smartwatches. As a result, most smartwatches on the market today offer less functions than a smartphone, but still need to be charged at least once a day if not more.

One of the largest battery capacities used in a smartwatch is the 410 mAh battery found in the LG G Watch R. However, even the G Watch R still needs to be wirelessly tethered to a smartphone, since it doesn’t include its own cellular connection. Not only do battery size limitations shorten the amount of time between recharges, it also restricts the functions that the smartwatches can offer. It is likely that Apple did not equip the Apple Watch with GPS because of concerns about the device’s battery life. It should be noted that Apple has remained tightlipped about the expected battery life of the Apple Watch and has only noted that it would likely need to be charged overnight. Meanwhile, the same tech reviewers that will criticize a smartwatch for having a relatively short battery life and limited functions will also knock a device that is too bulky.

However, by embracing a bulky design that is usually seen as a negative by other smartwatch makers, the Puls is able to incorporate a hefty battery to power its cellular and GPS connections while maintaining a longer battery life. According to will.i.am, the Puls has a 780 mAh capacity battery that will give the device eight hours of usage even with its cellular, Bluetooth, Wi-Fi, and GPS technologies, reports Gizmodo. Will.i.am also said that he plans on releasing a jacket that will provide additional power to the Puls via a wireless charging technology. According to The Verge, will.i.am claimed the jacket will power the Puls for an additional two and a half days.

The market for wearable technologies — and smartwatches in particular — is expected to explode over the next several years. According to a recent report from market research firm CCS Insight, shipments of various smart wearables reached 9.7 million units in 2013 and will hit 135 million units by 2018. While smartwatches will account for less than a quarter of the total wearables market in 2014, smartwatches are expected to account for over half of the market by 2018. Although major players like Apple, Samsung, and various other Android-based competitors will likely have a big chunk of this burgeoning market, the field is still open enough for devices like the Puls to disrupt the smartwatch market. Of course, the Puls’ ultimate success may also depend on how much it costs, a fact that has yet to be revealed by the i.am+ company. It should be noted that i.am+’s previously released products — several iPhone cases with physical keyboards — were notoriously expensive, as reported by The Guardian.

Industry watchers should have a better idea of how the Puls will fare in the long term when the device is released later this year. According to Gizmodo, the Puls will become available in select AT&T stores in time for the holiday shopping season.