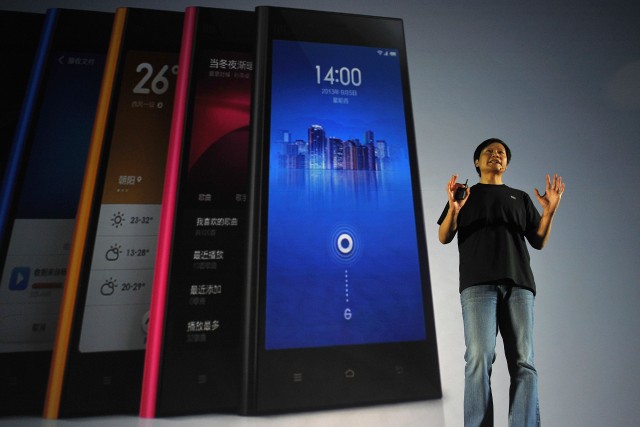 Chinese smartphone maker Xiaomi has long drawn comparisons to Apple (NASDAQ:AAPL) due to its similarly loyal user base, its much-hyped media events, and its charismatic founder. However, while Apple is focused on customers at the high-end of the smartphone market with its relatively expensive iPhones, Xiaomi concentrates on wooing buyers with its low-cost devices that still manage to offer plenty of high technical specifications. Unlike Apple, which maintains its own brick-and-mortar stores and runs slick advertising campaigns, Xiaomi only sells its devices online and uses social media in lieu of traditional marketing.

Xiaomi’s unique approach to the smartphone market has made it a highly popular brand in China, where it surpassed Apple in the March quarter with a 10 percent share of the smartphone market, according to data from market research firm Canalys. “Helped by its Redmi range, Xiaomi became a top three vendor in China for the first time during the quarter, when just a year ago it was a niche player,” observed Canalys research analyst Jingwen Wang. “This domestic success has helped Xiaomi to become the sixth largest global smartphone vendor, despite 97 percent of its shipments being in mainland China, helped by its competitive hardware and innovative marketing strategy.”

Although Xiaomi has surpassed Apple in the Chinese smartphone market, Apple remains the world’s second largest smartphone vendor behind Samsung (SSNLF.PK) with a 15.5 percent share in the March quarter, according to data from IDC. Apple’s iPhone also appears to be securely entrenched in the high-end segment of China’s smartphone market. According to a report from Chinese mobile app analytics platform Umeng via freelance analyst Benedict Evans, Apple’s iPhone accounted for approximately 80 percent of the $500-plus smartphone market segment in China at the end of 2013. So Apple shouldn’t be worried about Xiaomi, right? Well, not quite. 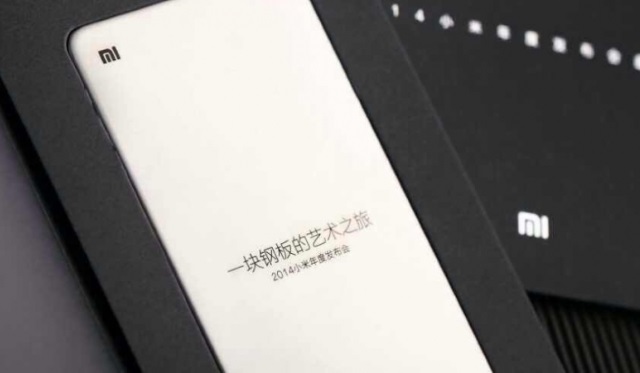 As previously noted, while Xiaomi’s products may be low-cost, they are definitely not low-end. Now it appears that Xiaomi is targeting the premium smartphone market segment in China by adopting one of the outer design elements that helps to differentiate high-end smartphones from their lower-cost counterparts: the metal casing. As usual, Xiaomi announced the news of its upcoming metal smartphone through social media. A photo of a media event invitation that is made of steel was recently posted to the company’s Google+ page. Based on several previously leaked teasers from the company’s executives, it appears that the July 22 media event will be for the release of the Mi 4, reports NDTV.

While it’s unknown how the Mi 4’s technical specifications will measure up to Apple’s similarly metal-encased iPhone 5S, it should be noted that Xiaomi’s Mi 3 smartphone already features higher technical specifications for less than half the price of the similarly designed iPhone 5C. According to Xiaomi, the Mi 3 features a 5-inch 1920-by-1080-pixel resolution display, a 13-megapixel camera, and a 3,050 mAh battery. On the other hand, Apple’s iPhone 5C has a 4-inch 1136-by-640-pixel resolution display, an 8-megapixel camera, and a 1,570 mAh battery.

Of course, as any loyal iPhone owner will tell you, it’s never been just about the technical specifications. Apple is able to charge a higher price for its premium devices for a wide variety of reasons, including the appeal of its apps and services, the seamless integration of its hardware and software, and the power of its brand. All of these factors have helped Apple retain its users and consistently take home the majority of the worldwide smartphone market’s profits.

On the other hand, Xiaomi’s approach to the smartphone market has already proven incredibly successful. While Apple’s ecosystem and brand will always have a certain cachet among China’s consumers, the higher cost of the iPhone could give Xiaomi’s Mi 4 a real competitive advantage in a country where the average annual income is much lower than it is in the U.S.

Apple’s price disadvantage could soon be exacerbated thanks to new wireless industry measures being pushed by China’s government. According to Bloomberg, China is urging the three state-owned telecommunications companies — China Mobile (NYSE:CHL), China Unicom (NYSE:CHU), and China Telecom (NYSE:CHA) — to reduce their spending on subsidies and advertising. The reduction in subsidies will make Apple’s iPhone even more expensive for consumers in China, while benefitting domestic smartphone makers.

For Apple, the stakes couldn’t be any higher. The iPhone maker reported an all time quarterly revenue record of almost $10 billion in Greater China region during the March quarter and CEO Tim Cook noted that it was the company’s fastest growing region. While remains to be seen if Xiaomi’s low-cost devices and home field advantage can erode Apple’s share of the lucrative high-end smartphone market, the threat presented by Xiaomi should not be underestimated.