Can Zynga Win Over Investors With Its Ever-Popular Game Lineup? 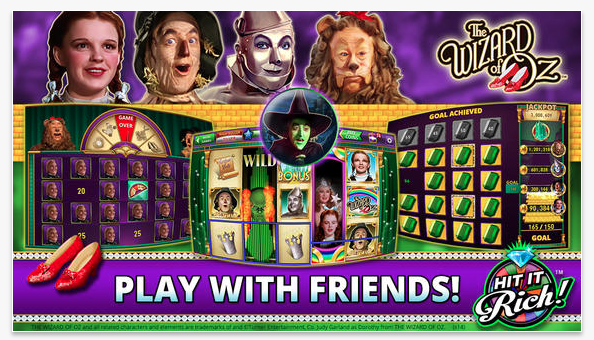 Zynga Inc. (NASDAQ:ZNGA), a social game service provider, is proving to be a promising example of a Web games company with a sustainable play in a market filled with competitors whose unreliable revenue streams, dependent on the next big game, aren’t appealing to investors. Zynga, by contrast, experts say, has created sustainability by utilizing game concepts that can be repeated for continued success.

That certainly seems to be the case with the company’s latest release of “Hit it Rich!” anyway — the company announced last week the game is now available on Google Play.

“By blending the look and feel of real slot machines with iconic entertainment brands and free-to-play, social gaming elements, Hit it Rich! delivers consumers an authentic entertainment experience that mirrors the fun people have in real casinos around the world,” said Joe Kaminkow, Zynga’s chief game designer of the title, per the company’s press release last week.

“By bringing this true to life slots experience to the Web, iPhone, iPad and now Google Play, consumers now have the freedom to play their favorite branded slot games however and whenever they want,” Kaminkow added.

The company has also found a way to generate continued success by releasing different versions of the “Hit it Rich!” game, each of which are catered to a specific fan base. For instance, the company has released “Sex in the City,” “Duck Dynasty,” “Wizard of Oz,” as well as “Terminator” versions of the game.

Zynga, which is responsible for some of the Internet’s most popular social game franchises, such as the enduring “Farmville,” “Zynga Poker,” and “Words With Friends,” has been doing well this year. The company is poised to add “CSR Racing” and “Clumsy Ninja” to its lineup, which were both acquired from rival NaturalMotion.

The company has experienced surprising recent growth; most analysts still rate the company’s stock a Sell. A USA Today report from earlier last month notes that Zynga’s first-quarter revenues came in well above forecasts, while recent data from Nasdaq notes that 153 institutional holders have increased their stake in the company recently, including the Vanguard Group Inc., Lonestar Capital Management LLC, and Barclays Global Investors.

Those increased holdings prove that it’s with good reason that Zynga is placing an emphasis on stability and continuous revenue streams. Other similar companies may be able to produce stellar games every so often seemingly out of thin air, but it’s games like Zynga’s that investors will feel most comfortable placing bets on.

Zynga’s press release does seem to suggest that it has a devoted following of users. The release notes that nearly one-third of its “Hit it Rich!” players start their day with the game, while 31 percent ended their day with the game. Even more impressively, Zynga notes that about one-fifth of “Hit it Rich!” players play the game continuously throughout the day, and 14 percent said they play the game during work hours.