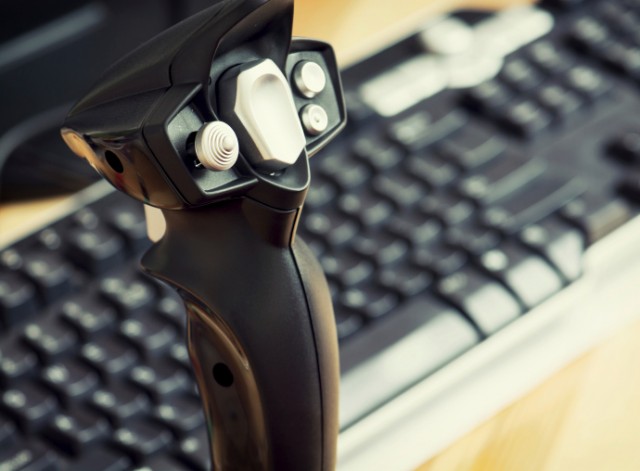 Wondering what kind of PC could go toe-to-toe with the Xbox One or PS4? If you were to combine the best PC components on the market into one desktop, the PC would claim a staggering victory, but your wallet would take as much of a beating as the consoles. However, if you just want the same level of performance as the Xbox One and PS4, that PC won’t leave your bank account in as sorry a state. But in order to figure out what that PC would look like, we’ll need to crack open the Xbox One and PS4 to see what kind of hardware they use.

The PS4 has a eight-core AMD CPU, 8GB GDDR5 RAM, and a AMD Pitcairn GPU. The Xbox One also has an AMD eight-core CPU, combined with an AMD Bonaire GPU and 8GB of DDR3 RAM. The difference in RAM (or memory) is bandwidth or the speed at which data can be transferred—GDDR5 is considered faster than DDR3. The extra RAM speed and more powerful GPU helped the PS4 come out on top over the Xbox One in WCCFTech’s benchmark tests. Keep in mind that clean room tests can vary from real-world instances, and Microsoft and Sony have tweaked and clocked their units to compete and (hopefully) last as long as the last console cycle. But in the course of these tests, they found that the AMD Radeon HD 7850 and R7 265 PC graphics processors most closely resembled the graphics power of the PS4. Of course, before we include one of these GPUs in our hypothetical PC, let’s make sure the current games on the market will support it.

A newer game, like Shadows of Mordor has even higher recommended requirements.

Recommended requirements aren’t the be-all and end-all. You just won’t be able turn on every visual effect the game has to offer, but if you can, the difference between console and PC makes itself well known in the latter’s favor. That’s what IGN critic Ryan McCaffrey found of Bioshock Infinite.

But these aren’t the only specs to consider. There’s the 500GB hard drive, Blu-ray/ DVD drive, Wi-Fi, a power supply, and a chassis to hold everything together. Not to mention a mouse and a keyboard to control it.

With these specs in mind, a PC that would be able to match the PS4 and Xbox One in performance, accessibility to games, and features would need the following:

Add all that up and you have a system that’s well over the price of an Xbox One and PS4—ballpark of around $500. Of course, if you’re not trying to perfectly duplicate the consoles in every aspect, there are some components you could eliminate in order to reduce the price. The optical drive is a perfect example — games, movies, and other media are all digitally distributed these days, so an optical drive is hardly necessary except for on rare occasions. If you already have a retail copy of Windows on an older PC, you could easily migrate that over to your new PC to eliminate the cost of buying it new. Then you see yourself staring at a much more digestible price tag competitive with that of the PS4 or Xbox One. Of course, if you’re in the market for a gaming machine (console or PC) and also need a computer (for work, school, etc.), building a worthy gaming PC will likely end up cheaper than buying a console to game on and a cheap computer to use for work.

This list isn’t the final word, though — GameBolt configured its own gaming PC that could compete against the PS4 and Xbox One for $399 or $349, respectively. In fact, if you trim enough areas and scour the web long enough, you can find the right deals for every component. The list created above was a combination of flipping through Amazon’s and Newegg’s deals, and PCPartPicker’s suggested retail prices

There are also PC manufacturers that understand the hassle that comes with building and shopping around for PCs and components, and offer pre-built and configured systems to suit your needs. The Alienware Alpha console and X51 are perfect examples of this, and each base model costs $499 and $699, respectively. However, buying these thin units eliminates the entire allure of what a PC offers — the ability to upgrade parts and swap out components easily once they become obsolete, or if you just want more power. There are also sites, like Newegg, that give consumers all the fixings for a PC, you’ll just have to build it yourself. These solutions usually cost as low as $440 for a gaming PC (not including Windows OS).

PCs allow upgrading to the next generation to become as easy as a $200 purchase for a new GPU. But once again, there’s the price of time and effort to swap out these components, which some consumers would rather not bother with.

Consumers must also take note that these consoles are often being sold at a loss by Sony and Microsoft in hopes that the software and games they sell will make up for hardware production costs. The price for entry on a PC is higher in terms of money and time figuring out what to buy, and so a console’s appeal soon becomes apparent.

Based on the last console life-cycle, consumers were able to purchase a system for $399 that still has relevancy — even now that the latest generation has released. That’s almost ten years worth. But in the long-term a PC may end up costing less than upgrading to the latest console every cycle with the cost of games and minor upgrades. You’ll just have to decide if the initial cost is worth it to you.