China: Apple’s iPhone Is a Threat to National Security 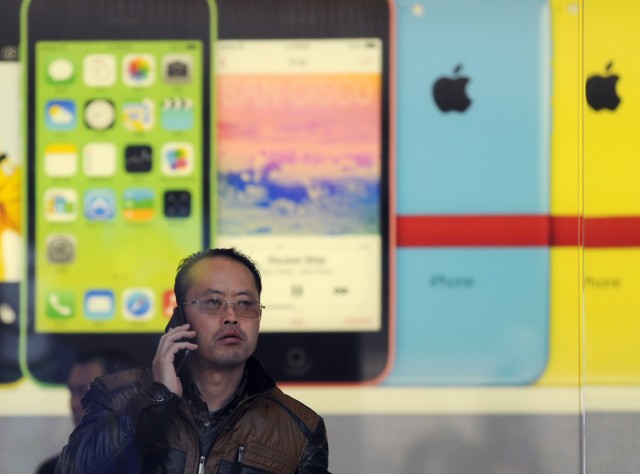 Apple’s (NASDAQ:AAPL) iPhone was described as a threat to China’s national security in a recent broadcast made by the country’s government-run China Central Television. The CCTV report criticized the “Frequent Locations” service that is available in iOS 7 and noted that it could be used to surreptitiously track users and reveal “state secrets,” reports Reuters. The “Frequent Locations” service keeps track of an iPhone user’s most frequently visited geographic locations using GPS and other networks.

Although it is not clear why this particular iPhone feature is suddenly coming under scrutiny by China’s state media, it would not be the first time that CCTV has criticized Apple. Last year, Apple was fiercely criticized in a consumer rights show broadcast on CCTV. The “3.15” program accused Apple of giving Chinese consumers subpar post-sales customer service. As noted on CCTV’s website, Apple eventually apologized and made changes to its warranty policies for the Chinese market.

While the previous allegations made against Apple by CCTV concerned the Cupertino-based company’s treatment of its customers, the latest criticisms are about the possible use of Apple’s products as surveillance tools. Many U.S. tech companies have come under increased scrutiny by foreign governments following the exposure of the NSA’s electronic communications surveillance programs by former NSA contractor Edward Snowden last year.

Last November, Germany’s BSI, or Bonn Federal Office for Information Security, banned government officials from using iPhones, because the devices are incompatible with new encryption software that was adopted in response to the NSA spying programs revealed by Snowden, reports RT. Information leaked by Snowden revealed that German Chancellor Angela Merkel’s electronic communications may have been monitored by the NSA since 2002.

Meanwhile, Apple has tried to distance itself from the U.S. government’s spying programs. Apple issued a report on government information requests last November and an update in January in an effort to assure its customers that it is protecting their private data. While the amount of information that Apple is allowed to share is still restricted by the U.S. government, CEO Tim Cook has vehemently denied that the U.S. government has direct access to the company’s servers.

“Much of what has been said isn’t true,” said Cook in an interview with ABC News earlier this year. “There is no back door. The government doesn’t have access to our servers. They would have to cart us out in a box for that and that just will not happen. We feel that strongly about it.”

While the last Chinese media blitz against Apple resulted in a public apology and a new warranty policy, it is unclear what, if any, type of concession China’s government is seeking from Apple this time around. However, since the CCTV report focused on spying and mentioned Snowden, it could be that Apple is simply being used as a pawn in a larger war of words between the Chinese and U.S. governments. As recently reported by The New York Times, both governments have accused each other of cyberattacks on each other’s networks.

Despite repeatedly being criticized by the country’s government-run media, Apple has remained a highly popular brand in China. Earlier this year, a report from mobile app analytics platform Umeng showed that Apple’s iPhone accounted for approximately 80 percent of the $500-and-up smartphone market in China, according to freelance analyst Benedict Evans.

Apple reported an all-time quarterly revenue record of almost $10 billion in Greater China during the March quarter and Cook noted that it was the company’s fastest growing region. This rate of growth will likely continue this year with the expected launch of the iPhone 6 in two larger-screen sizes of 4.7 inches and 5.5 inches. Phablets — devices with screens five inches or larger — are known to be especially popular in the Greater China region.

According to data from market research firm Canalys, phablet-sized devices accounted for 39 percent of total smartphone shipments in the Greater China region in the first-quarter of 2014. Thanks to a larger screen iPhone and Apple’s distribution deal with China Mobile (NYSE:CHL) — the world’s largest carrier — it appears that the iPhone will gain an even stronger foothold in China this year regardless of the government’s wariness about the product.