Comcast Does Customers a Big Favor (But Not the Right One) 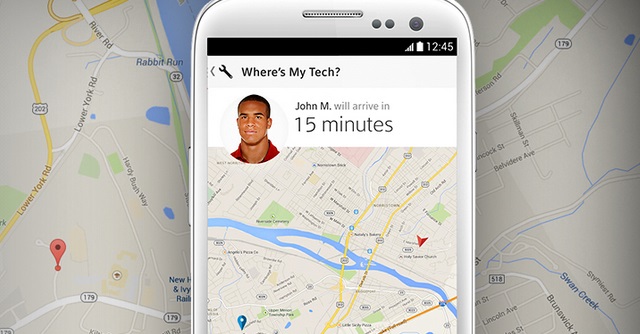 Waiting for the cable guy to show up at your home within an inexplicably large window of time may be one of the most annoying rituals of modern life. However, this first-world problem may soon become a little less frustrating for some customers. Comcast recently announced that it is beta testing a new feature available through the company’s MyAccount app that will allow customers to track a service technician’s arrival in real time. According to a press release from Comcast, the company is currently testing this feature in locations around Boston this week, and if the trial run goes well, the feature will be expanded to Comcast customers around the country by next year.

“You have things to do. Waiting for us to show up shouldn’t be one of them,” wrote Comcast Senior Vice President of Customer Experience Charlie Herrin. “That’s why we’ve narrowed our service windows to two hours or less. Even with that progress, it isn’t good enough. You should know when we are arriving.”

Herrin said that customers who have a scheduled appointment with a Comcast service technician will be alerted via the company’s app when the technician is approximately 30 minutes away. Customers will also be able to track a technician’s progress on a map so that they can get a better idea of when that person will show up. The app will also provide real-time updates on a technician’s other appointments, so if a worker is held up with an unexpected issue at one customer’s house, the app will let the next customer know about the delay. This feature should cut down on the amount of time that a customer spends sitting around wondering when the cable guy will show up, since users will be able to remotely check the status of their service appointment from anywhere.

While any feature that lessens the amount a time a customer will have to sit around and wait at home for a service technician to show up should be applauded, it should be noted that many Comcast customers may have been hoping for far more drastic changes in the way that the company conducts its business. Comcast is regularly cited as a firm with one of the worst reputations for customer service in surveys.

Earlier this year, the Consumerist named Comcast as 2014’s Worst Company in America, while a recent J.D. Power and Associates survey of customer satisfaction with TV, telephone, and Internet service providers found that Comcast scored below average in almost all regions. Comcast’s reputation for poor customer service was also highlighted in a widely publicized service call that was recorded by a customer who was getting the runaround from the company’s customer service representative while trying to cancel his subscription, as reported by The Washington Post.

These types of problems will likely receive extra scrutiny from consumer advocates as the company seeks approval from regulators for its proposed merger with Time Warner Cable. Net neutrality advocate Tim Wu wrote in a recent article for The New Yorker that the merger between two cable companies notorious for their poor customer service will likely result in a company that will “offer higher prices and poorer service while trying to prevent new forms of television, like Internet TV, from getting better or cheaper.”

For its part, Comcast claimed that its poor reputation was the result of being “incredibly focused on product innovation and delivering great content and technology experiences” at the expense of quality customer service. While it remains to be seen if the Comcast-Time Warner Cable merger will improve or worsen the company’s overall reputation, at least dissatisfied customers will soon have a new way to make their feelings known. According to Comcast, the technician-tracking app will also include a “rate the experience” feature that will allow customers to give feedback about their service appointment.