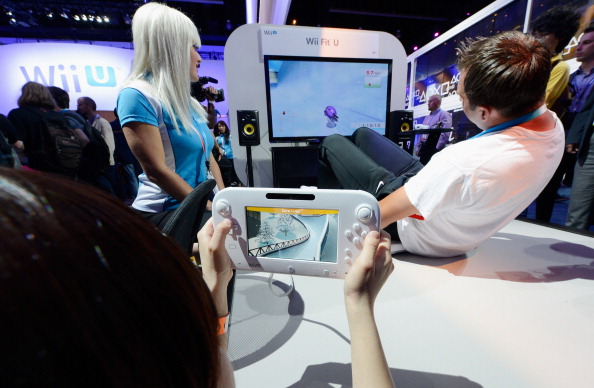 Nintendo recently tweeted a picture of the Wii U’s 2014 and 2015 video game lineup. The list reveals a steady stream of exclusive and several cross-platform titles that may finally give Wii U owners the burden of choice they’ve been waiting for since the console’s release in November 2012.

E3 2014 kicked off the Wii U’s comeback revolution, where the company live streamed game demos during the course of the event. Nintendo’s approval ratings among hardcore gamers jumped significantly after the event. Out of the three major consoles (Xbox One, PS4, and Wii U), the Wii U saw the most significant bump — gaming enthusiasts and consumers were looking at the system as a worthwhile investment. Consumers feel more secure knowing that a system will be supported well through the holiday season. It also helps when a majority of the games available on that system can’t be found on any other console.

Nintendo’s Wii U has the strongest exclusive video game lineup, with six coming this holiday season alone. In the next few months, PS4′s biggest exclusives will include LittleBigPlanet 3 and DriveClub, and the Xbox One has Sunset Overdrive and Halo: The Master Chief Collection. Xbox One and PS4 may have more games between them, but Nintendo has the market cornered when it comes to valuable IPs — just look at Mario Kart 8′s sales.

The Wii U’s list begins with the release of Hyrule Warriors on September 26 and ends with Zelda, slated for release sometime in 2015, as well as 18 games launching in between those two. Nintendo may have tipped the scales in its favor, and we could see the Wii U beat out the PS4 in next-gen hardware sales.

Nintendo suffered a loss last quarter, which could be attributed to its unsteady releases. Mario Kart 8 was the only major title to launch in a year since Super Mario 3D World and New Super Mario Bros. U during holiday 2013.

However, since Mario Kart 8′s launch, the Wii U has continued to sell more than 50,000 consoles per week, well over its earlier 30,000 weekly average. Software is the bread and butter of any console, and right now, Nintendo has some of the best-known exclusive games on the market with launch dates in place. If Mario Kart 8 can increase the Wii U’s sales as much as it did, just think of what a steady stream of new and well-known IPs will do for its sales.

Hyrule Warriors has the hack and slash gameplay of Dynasty Warriors, but what will draw players in is the game’s use of popular characters from the Legend of Zelda series. Players won’t be limited to playing as Link and saving the princess in this game, though — they’ll have the opportunity to play as multiple characters, all with different skill sets. It’s a long wait until Zelda proper releases sometime in 2015, and Hyrule Warriors is just the right kind of game to get the industry excited. Not to mention there are other big IPs to get excited over.

Super Smash Bros. hardly needs an introduction. This classic party brawler features a cast of characters from many of Nintendo’s most beloved franchises, from Pokemon and Mario to Xenoblade Chronicles and Wii Fit. If Hyrule Warriors doesn’t get the attention of consumers, then Super Smash Bros. certainly will. Keep in mind that Super Smash Bros. Brawl on the Wii sold more than 12 million globally. If the Wii U hopes to break those numbers and if consumers want the game, more Wii Us will need to sell on top of the already sold 7.1 million.

Solid titles arriving before Smash’s release that may also interest consumers, like Affordable Space Adventures, Bayonetta 2, and Captain Toad, will only help boost the console’s value. Consumers won’t feel like they’re purchasing the Wii U just for one game. Like Mario Kart 8, Super Smash Bros. could be the system seller Nintendo needs to start turning things around for the Wii U.

Nintendo has also branched out with some new IP, like Splatoon, which is an online multiplayer game. Nintendo hasn’t been known for its stellar online multiplayer games, deciding to focus more on local multiplayer instead. However, Splatoon may be Nintendo’s way of mending its past conflicts with online. But it’s the well-known Nintendo properties that will pique the most interest. The major titles of 2015 include Star Fox, Zelda, Yoshi’s Wooly World, Mario Maker, and Kirby and the Rainbow Curse.

Nintendo’s philosophy has shifted significantly since the last-gen Wii console. CEO Shigeru Miyamoto has confirmed in an interview with Edge Magazine that the company is moving away from the casual market, something hardcore gamers were pleading for Nintendo to do during the Wii’s lifespan. Miyamoto attributes this shift to “the spread of smart devices” and how “people take games for granted now.”

It took two years for Nintendo to develop its lineup to this point, and the wait may be worth it. Let’s hope that the company doesn’t burn out by the end of 2015.