Future iPhones Could Have Holographic Displays 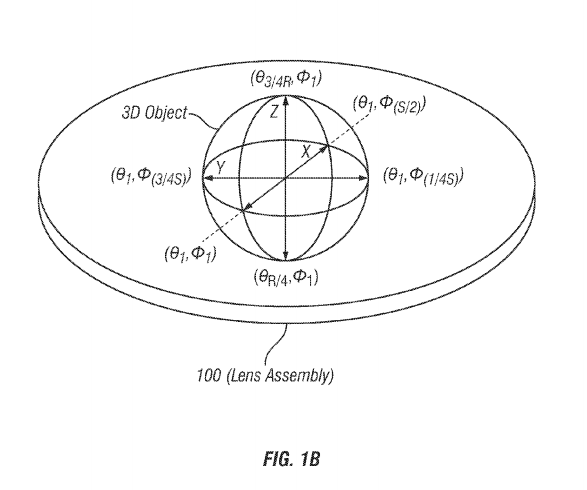 It sounds like a device out of a science fiction movie: a touchscreen device with a holographic display that projects the illusion of a three-dimensional object for you to interact with in real time. But according to a patent recently granted to Apple, the technology might not be far off. On Tuesday, as spotted by AppleInsider, Apple was granted a patent for an “interactive holographic display device” that can display three-dimensional holographic images and enable users to interact with those images. In patent 8,847,919 published by the U.S. Patent and Trademark Office, Apple explains: 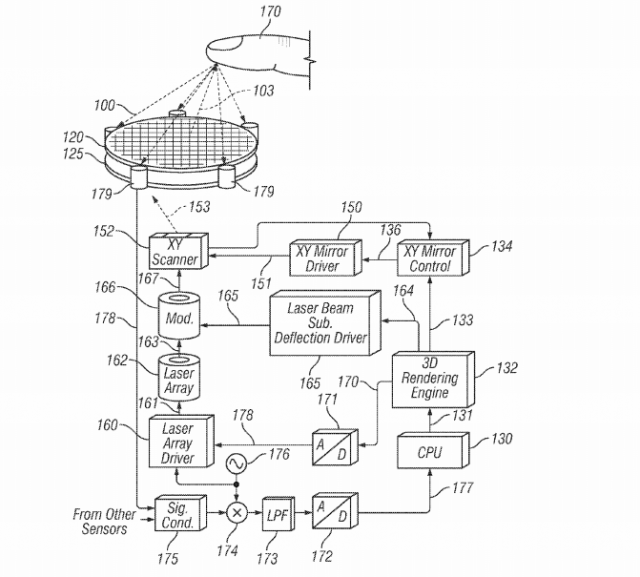 Additionally, optical sensors can be configured “to obtain information regarding whether an interactive device interrupts the one or more beams, and a processor unit can determine a location of the interactive device with respect to the holographic image,” meaning that the device could detect how a user interacts with the three-dimensional holographic image in real time.

But the patent details how, with two parabolic mirrors facing each other, the device can direct beams of light through an LCD panel and lens assembly to “allow imaging of the object at a virtually infinite number of views, each at different viewing angles, creating a holographic image of the 3D object above the top mirror assembly.” By using a “computer rendering engine” to render different views of a virtual object, by modulating beams to activate specific micro lenses based on the user’s viewing angle, the patent says that “a truly unobtrusive three-dimensional holographic display” can be provided.

A user can interact with the holographic image, based on information obtained from the optical sensors receiving reflected light from a device (or a finger) that interrupts a beam that forms the image. Infrared laser beams can be reflected from the user’s finger and detected by sensors, and the analog signal can be converted into a digital signal to interpret the interaction, enabling the user to interact with the image with gestures and multitouch. 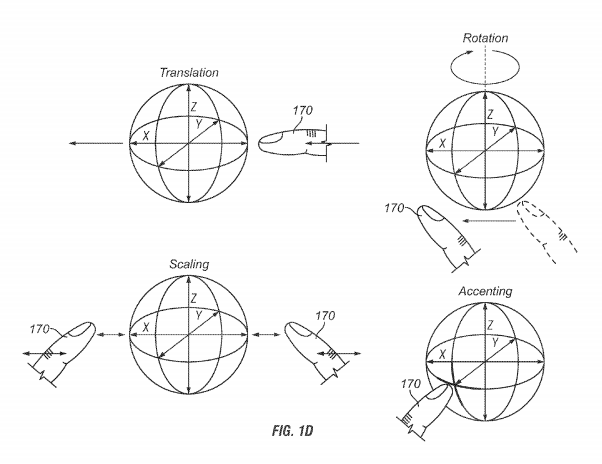 The patent explains the various types of gestures that the device would enable users to make in order to control and interact with the three-dimensional image:

“Single finger gestures can be used to rotate and move the object in any direction. For example, a user’s finger 170 approaching the holographic object from the right can move the object to the left after making contact with the objects projected surface (see the upper right portion of FIG. 1D). Linear motions can have inertia and the amount of inertia can be a function of how quickly the user’s finger approaches or pushes the holographic object (see the upper left portion of FIG. 1D). Moving the finger parallel to the object surface can cause object rotation towards the direction of the finger movement. Rotation could have inertia such that the object keeps rotating at a rate proportional to the velocity of the finger movement.

Scaling of the holographic object can be accomplished by using at least 2 fingers (see the lower left portion of FIG. 1D). For example, scaling in the x-direction can be accomplished by touching the left side of the object with the left index finger and the right side of the object with the right index finger and then increasing or decreasing the distance between the index fingers to scale the holographic object up or down, respectively.”

The patent also explains that the technology can support a touchscreen. If the invention is implemented, the iPhone or iPad might one day have an interactive hologoraphic display. Apple notes that, “The mobile telephone, media player, and personal computer of FIGS. 7A, 7B and 7C, respectively, can provide a three-dimensional viewing and interacting experience, without the requirement of a reflective medium or wearing 3D glasses.”