Did Apple’s Rumored Interest in Beats Inspire This Lawsuit? 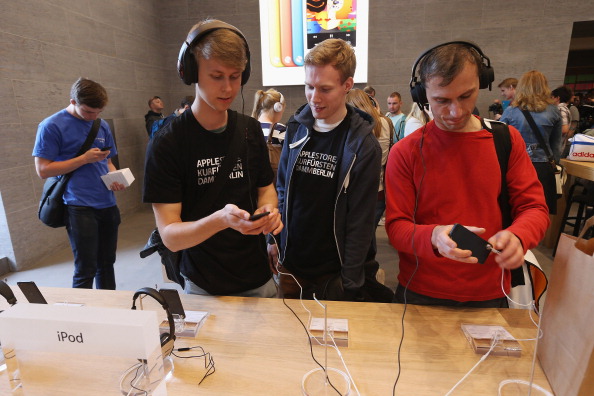 Beats Electronics, a company that Apple (NASDAQ:AAPL) is rumored to be buying as early as next week, is being sued by a former employee who claims that he was unfairly denied compensation after his company was purchased by Beats in 2012, reports The Wrap. David Hyman sold MOG, an online music subscription service he founded, to Beats Electronics in 2012 for $14 million, reports The Verge.

Although Hyman and many of his employees stayed with the company after it was purchased by Beats in 2012, the MOG founder was fired less than a year later, which prevented him from receiving a substantial equity grant, according to lawsuit documents seen by The Wrap. Hyman is now seeking over $20 million in compensatory damages plus interest.

However, Hyman claims that he was fired before his one-year anniversary with the company for bogus reasons in order to deprive him of his fair share of compensation. Per the court documents, Hyman was dismissed after attempting to fire another employee. Beats Electronics co-founders Jimmy Iovine and Dr. Dre — whose real name is Andre Young — are both named in Hyman’s lawsuit.

“[F]ollowing through on Defendants’ bad faith plan and scheme … to prevent plaintiff to remain [sic] employed by the Company long enough for his equity grant to vest, the Company terminated Plaintiff when he attempted to exercise his contractual right under the Hiring and Retention Provision  to dismiss the Problematic Employee,” stated the lawsuit documents, according to The Wrap.

Beats Electronics’ acquisition of Hyman’s MOG music service eventually led to the creation of Beats Music, the subscription music-streaming service launched by the company in January of 2014. Some analysts have speculated that Apple’s interest in Beats is centered on the company’s cross-platform music service. Other analysts, including Piper Jaffray’s Gene Munster, have noted the value of acquiring a well-connected and respected music industry icon such as Iovine.

The news of Apple’s rumored $3.2 billion bid for Beats was first reported last week by the Financial Times. Although reports of Hyman’s lawsuit only emerged on Friday, it is unknown if his lawsuit was prompted by the rumors of Apple’s interest in the company. While Apple has not publicly commented on the acquisition rumors or Hyman’s lawsuit, sources cited by The Wall Street Journal reported earlier this week that Iovine and Dr. Dre would likely take senior positions at Apple as part of the deal.