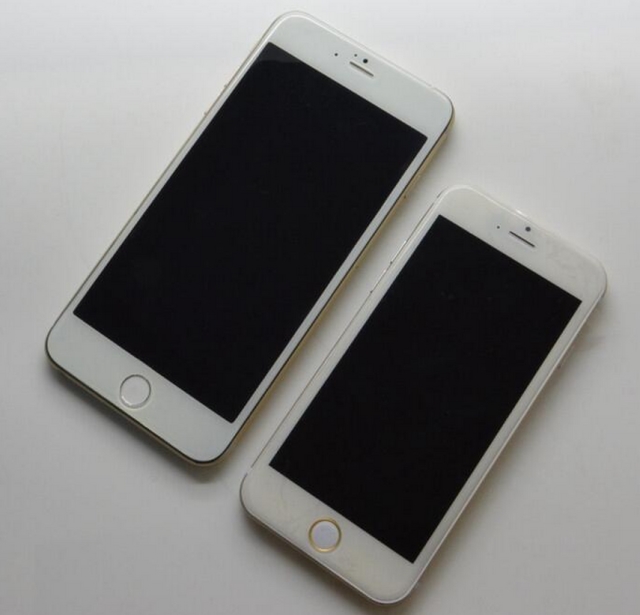 It’s not uncommon for Apple’s (NASDAQ:AAPL) premium products to impact how its competitors market and design their own products. A prime example of this tendency would be the original iPhone, which inspired smartphone rivals such as Samsung (SSNLF.PK) to abandon the traditional mobile phone keypad in favor of a touchscreen user interface. There are even indications that Apple’s rumored products have pushed companies into new product categories. In December of 2012, several supply chain sources told China’s Tech163 that Apple was working on a smartwatch. Almost two years later, Apple’s iWatch has yet to materialize. However, as reported by Bloomberg, Samsung announced its intention to enter the smartwatch market only a few months after the initial iWatch rumor surfaced. The Korea-based company now has multiple wrist-worn wearable tech devices on the market under the Gear banner.

Despite Apple’s clear influence on the overall consumer electronics market, it would be unprecedented if an as-yet-unreleased Apple product caused a rival company to preemptively abandon a competing product. However, that’s exactly what Taiwan’s DigiTimes claims happened in a new report.

According to “upstream supply chain” sources cited by DigiTimes, Microsoft (NASDAQ:MSFT) was preparing to launch a small form tablet called the Surface Mini before the production of the device was called off at the last moment. The sources noted that the Surface Mini would have featured a 7.5-inch to 8-inch display, an ARM processor, and Windows RT 8.1 operating system.

“Microsoft has finished developing the Surface Mini and also completed the product tests; however, mass production did not start as scheduled in May,” stated the sources according to DigiTimes. “Microsoft still paid the costs for the module development and production equipment.”

So why did Microsoft make the costly decision to abandon the project? According to DigiTimes’ sources, Microsoft was concerned that Apple’s rumored larger screen iPhone 6 models would undermine demand for small form tablets like the Surface Mini. Based on multiple media reports, it is widely believed that Apple’s iPhone 6 will be available in two larger screen sizes of 4.7 inches and 5.5 inches.

Microsoft was also supposedly concerned with the overall state of the small-form tablet market in which most branded devices cost less than $100, while “white box” models often run less than $50. “Compared to other small-size tablets in the market, the Surface Mini’s specifications have nothing in particular to boost its competitiveness and therefore Microsoft has decided to postpone the tablet’s launch and may not even launch it to the market at all,” stated DigiTimes’ sources.

It is difficult to make a comparison between Microsoft’s Surface tablet and Apple’s iPad Air since Microsoft’s product is geared toward the two-in-one device market with its laptop and tablet functions, while Apple’s iPad is a pure tablet device. However, the recently launched 12-inch Surface Pro 3 has an estimated starting retail price of $799 for the 64GB version, according to Microsoft. On the other hand, the 9.7-inch iPad Air is priced at $699 for the 64GB Wi-Fi version, while the Wi-Fi and cellular enabled 64GB version costs $829. This puts Microsoft’s full-size Surface tablets at a similar price point to Apple’s iPads, without the advantage of Apple’s dominating market share. According to IDC data, Apple maintained its lead in the worldwide tablet market with a 32.5 percent share in the first quarter of 2014.

While it seems that Microsoft should be worried more about the competition coming from Apple’s iPad rather than its rumored large screen iPhone 6, the idea that phablets might impact the small form tablet market is not as far-fetched as it might sound. IDC’s   Tom Mainelli cited the rise of phablets as one of the reasons behind the slowing growth in the tablet market. “[T]he rise of phablets — smartphones with 5.5-inch and larger screens — are causing many people to second-guess tablet purchases as the larger screens on these phones are often adequate for tasks once reserved for tablets,” stated Mainelli.