Do Google and Barnes & Noble Stand a Chance Against Amazon? 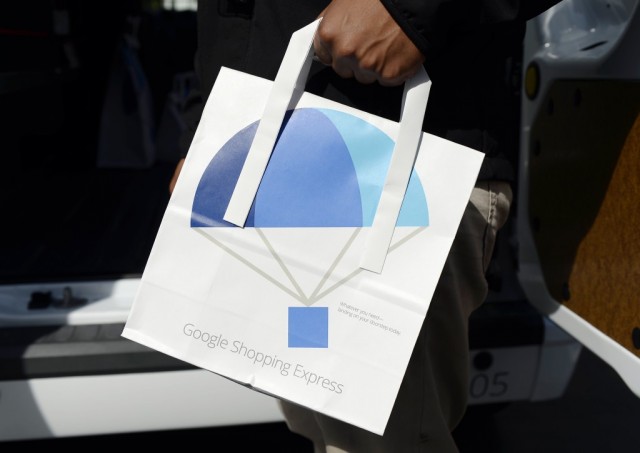 Google (NASDAQ:GOOG)(NASDAQ:GOOGL) and Barnes & Noble (NYSE:BKS) are teaming up to chip away at Amazon’s (NASDAQ:AMZN) hold over the first product the company offered: books. The New York Times reports that the two companies are testing the service, beginning with Manhattan, Los Angeles, and the San Francisco Bay area, on Thursday. Book buyers in those areas will be able to receive same-day deliveries from local Barnes & Noble locations, fulfilled by Google Shopping Express.

Barnes & Noble Chief Executive Michael P. Huseby told the Times that while the partnership with Google is a “test,” he thinks the arrangement will help the company extend its reach online and generate more sales both online and from its brick-and-mortar stores. Its stores’ sales have stagnated, and in a decline precipitated by the dominance of Amazon, the company has closed 63 stores over the course of the past five years.

Amazon has pulled foot traffic from physical stores like Barnes and Noble, and in addition to launching a successful e-book business, has also grown to dominate the online market for physical books. At the same time, a competition to offer the fastest delivery times on everything from books to groceries pitted Amazon and Google against each other. In the race to get an order to shoppers’ doors in the shortest amount of time possible, Google and Amazon have built two very different systems.

Amazon’s distribution process is the one with which most people are more familiar. The company has built a vast network of fulfillment centers that specialize in keeping an inconceivable array of merchandise in stock and ready to ship. It’s with Amazon that the idea of winning customers with free shipping originated, and it’s also Amazon that kicked off the competition to offer faster shipping when it began offering two-day shipping with a Prime membership.

The company has also pulled ahead of the competition in offering same-day shipping, which costs $5.99 for Prime members and $9.98 for other customers. All of those orders are processed through Amazon’s extensive fulfillment network, and Amazon keeps an unimaginably huge inventory on hand.

The method for the operation of Google’s Shopping Express is completely different from Amazon’s, and it doesn’t rely on dedicating space and money to keeping warehouses stocked. Google Shopping Express enables customers to place online orders for products from nearby locations of almost 20 stores, including Target, Walgreens, Costco, and Whole Foods.

Once the order is placed, Google employees stationed at retail partners’ stores accept the order, pick the items from the retailer’s shelves, and pack the orders into a van for delivery. Deliveries are made within a window selected by the customer. With a membership to the service, delivery is free, and otherwise costs $4.99 per store that the courier needs to visit to fulfill the order. Since membership is free for the first six months, Google hasn’t yet said how much an annual membership will cost.

While Google’s lighter solution to fast shipping sounds promising, The Wall Street Journal reported Thursday that Piper Jaffray analyst Gene Munster thinks that Google Shopping Express loses money on each order it fulfills. Paying Google employees to pick and package goods is an expensive approach, and Munster expects Google to partner with a logistics company in the future to make the service more viable.

Barnes & Noble’s chief merchandising officer, Jaime Carey, declined to tell the Journal which of the two companies was absorbing the costs of the partnership, though he said that he believes it will help bring more customers into local Barnes & Noble stores. While it’s possible that will prove true, the partnership simply seems to be a product of the growing demand for instant gratification and low wait times for online orders, as well as a way for Google to get a piece of it, than a strategy to increase book sales.

The problem for Barnes & Noble is that Google Shopping Express doesn’t have relationships with customers like Amazon does. Amazon’s business model — and its narrow profit margins — depends on being the destination that customers go to when they want to order something online. It’s succeeded in building that and in growing its revenue per customer by offering services like Amazon Prime. Customers who use Google Shopping Express are less clearly Google’s customers, since the idea and attraction of the service is to more easily connect customers with local retailers like Target or Costco.

And while it seems that Google will be able to build customer loyalty since it’s offering the online shopping experience — orders go through Google’s site, not Barnes & Noble’s, as an example — its hold over a large customer base may be tenuous. Google Shopping Express’s ongoing relationship with retailers will depend on getting them to cede control of their customers and customer data to Google.

By partnering with Google Shopping Express, retailers also give up the opportunity to try to get more customers into their brick-and-mortar stores, since Google will be more interested in getting them to return to Shopping Express than in visiting a physical store the next time they need something from the same retailer. While it’s possible that Barnes & Noble will see an uptick in sales outside of transactions with Google, the partnership won’t reverse trends toward falling sales.

Google Shopping Express has a very limited reach compared to the spread of Amazon’s vast fulfillment network. As Google continues to test the service, the customer data that the company gathers is likely to be the most valuable thing the company gains, at least until it adopts a more profitable logistical model. And while it’s a good thing for customers that other companies are trying to chip away at Amazon’s dominance, Google isn’t offering the comprehensive ecosystem that Amazon has spent years building — and a viable alternative at Amazon’s scale is impossible to build overnight.