Elon Musk Wants to Beam You Internet From Space 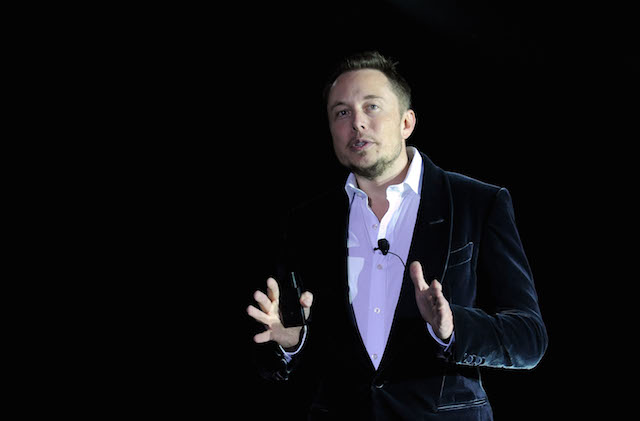 It’s a good thing for the world at large when a guy like Elon Musk comes along. In Musk, we not only get a guy with a lot of fairly whacky yet somehow ingenious ideas, we also get a guy who has the capital to finance them and the savvy to bring them to life.

Musk’s latest idea, one that will actually be put into development: Bringing satellite Internet service to everyone in the world.

That’s right, the man who made electric cars cool, who offered Tesla’s technology to the open-source world, and who had the sheer tenacity to start his own space exploration business, is now setting his sights on making a very practical, far-reaching contribution to everyone in the world.

We first caught wind of the idea when The Wall Street Journal wrote that Musk has been working with former Google executive Greg Wyler on a plan to launch around 700 small, 250-pound satellites into orbit, which would, if all goes as planned, be able to supply anyone, anywhere on the globe with Internet access. The venture would have development costs of more than $1 billion and would be 10 times the size of the largest current commercial satellite fleet.

Obviously there are a thousand hoops to jump through to get this idea off the ground, including the logistical plans to build the satellite fleets and all of the regulatory red tape to cut through in order to see it come to fruition. There appear to be ongoing discussions about building a factory to create the satellites, which may end up in Florida or Colorado, according to WSJ. It looks like Wyler has ventured into the satellite business before with his own startup, O3b Networks, and tried to get Google in on the satellite Internet idea  before leaving the company.

Musk’s SpaceX is evidently already at work on the project, as Musk has confirmed via Twitter:

SpaceX is still in the early stages of developing advanced micro-satellites operating in large formations. Announcement in 2 to 3 months.

While the idea does seem a little far-fetched, if there is anyone in the world who could actually make it work, it’s Elon Musk. And the idea of Musk partnered up with a former Google executive, who has a background in the field and the expertise to pull it off, lends the plan even more credence. Nothing official has been announced yet, as Musk himself has even said via Twitter, but the pre-announcement teaser he sent out to address the situation indicates that SpaceX has set the wheels in motion.

It’s also important to note that Musk addressed the article The Wall Street Journal printed as well, tweeting that the article did get a few things incorrect. Also, in response to a tweet asking if the announcement would be about  “free and unfettered Internet access for the masses”, Musk replied that it was “unfettered certainly and at very low cost.”

Naturally, we probably won’t know what WSJ was incorrect about until after SpaceX makes a formal announcement in two or three months. There is the likelihood that we will hear more about the clandestine project before then, but again, everything that comes out will need to be taken with a grain of salt until we get the words straight from the horse’s mouth.

Without a doubt, the idea of supplying “unfettered” Internet service to the entire world is one hell of a goal, but with today’s technology, it seems more than feasible. The issue has really been finding investors and the capital to be able to do it, and since it looks challenging to monetize a project like this, a lot of investors likely get hung up thinking, “What’s in this for me?”

While you can’t really blame people for not wanting to front the cost of getting Internet service to the most remote areas on Earth — like Siberia, or even the pole regions — the possibilities that it presents for fostering growth and stronger societies in some of the world’s most under-served communities is astounding. With reliable and dedicated signals, educators from developed schools could reach directly into homes or schools in remote villages in Africa or Asia, or even to families that live in nontraditional circumstances, say on a boat at sea, for example.

Not only that, but budding entrepreneurs could gain access to the materials to educate themselves, or even order raw materials to kick-start businesses in their communities, whereas they may have not had that option before. Simply speaking, getting an Internet connection to everyone in the world could revolutionize the planet.

Not only that, but Musk’s plan presents a real danger to existing ISPs, that may be looking at ways to stop the plan before it really gains traction. We’ll have to wait and see what happens as far as that is concerned, but if there’s one thing we know about ISPs, it’s that they will fight tooth and nail to protect their profits.

As of 2011, 70% of the world didn’t have reliable Internet access. That has likely changed over the past few years, but it is still a very large number considering how far technology has come over the past decade. Musk’s idea could change that, and give everyone an equal footing and equal access in terms of online content. Even in America, Census data shows that as of 2012 74.8% of households have Internet use at home. That is still surprisingly low, considering how reliant our culture and economy has become on the Internet.

Will Musk’s plan work? If he can manage to jump through all the required hoops and cut through the red tape, then it just might. But he’s likely to encounter some fierce resistance from politicians and powerful business interests from all over. If he’s successful though, it could be a truly revolutionary moment for the whole world.