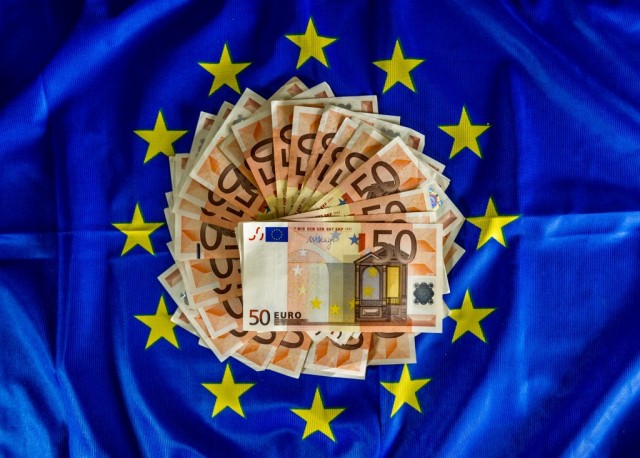 Apple (NASDAQ:AAPL) is facing renewed criticism from the European Commission over its slow response to consumer-protection concerns that the group raised with the company regarding its in-app purchase policies. As noted in the European Commission’s press release, European Union member countries teamed up with the commission to improve protections for consumers after a growing number of complaints from around Europe about misleading “freemium” apps that resulted in unintended in-app purchases. The marketing of in-app items to children was a particular concern for the commission, since many of the consumer complaints involved unauthorized charges made by children on a parent’s credit card.

European Commission asked Apple, Google (NASDAQ:GOOG)(NASDAQ:GOOGL), and relevant trade organizations to find solutions to four major consumer-protection concerns that it had. The European Commission asked that “[1] Games advertised as ‘free’ should not mislead consumers about the true costs involved; [2] Games should not contain direct exhortation to children to buy items in a game or to persuade an adult to buy items for them; [3] Consumers should be adequately informed about the payment arrangements for purchases and should not be debited through default settings without consumers’ explicit consent; [4] Traders should provide an email address so that consumers can contact them in case of queries or complaints.”

According to the European Commission, Google has already provided a list of the changes that it will make in response to the commission’s concerns, and implementation is already underway. Google’s in-app purchase policy changes include not using the word “free” to describe games with in-app purchase options, developing guidelines for app developers to prevent direct exhortation to children, and an improved system for tracking violations of EU consumer laws. Google also modified the default settings for its apps so that every in-app purchase must be individually authorized unless a consumer decides to change the settings.

After highlighting the changes that Google initiated, the European Commission chided Apple for offering “no concrete and immediate solutions.” While Apple has proposed to address the concerns over payment authorization for in-app purchases, the commission noted that “no firm commitment and no timing have been provided for the implementation of such possible future changes.”

The European Commission said that companies that fail to implement consumer protections could face legal action from the national authorities of the European Union’s member states. In the meantime, the EU Consumer Protection Cooperation (CPC) authorities have promised to “continue to engage with Apple to ensure that it provides specific details of changes required and put its practices into line with the common position.”

The stakes are high for both Apple and the European app economy. The European Commission previously reported that Europe’s app economy employs more than 1 million people and makes approximately 10 billion euros (about $13.5 billion) annually. According to data from app analytics platform Distimo cited by the commission, about 80 percent of this revenue is derived from in-app purchases. While the European Commission wants improved consumer protections from app vendors such as Apple, it also doesn’t want to hamper the growth of what is becoming an increasingly valuable part of its economy. Apple’s iTunes App Store and Google’s Google Play are two of the largest mobile app stores.

“The Commission is very supportive of innovation in the app sector,” said European Commission Vice President Neelie Kroes. “In-app purchases are a legitimate business model, but it’s essential for app-makers to understand and respect EU law while they develop these new business models.”

While Apple declined to provide a timetable for implementing changes to its in-app authorization policies, the company highlighted some changes it has already made. “Over the last year we made sure any app which enables customers to make in-app purchases is clearly marked,” said an Apple spokesman in a statement obtained by Reuters. “We will continue to work with the EC member states to respond to their concerns.”

Apple has already been forced to make some changes to the way that it bills customers through the App Store as part of a settlement it reached with the U.S. Federal Trade Commission earlier this year over unauthorized in-app charges incurred by children using kids’ mobile apps. Per the FTC, “The settlement requires Apple to modify its billing practices to ensure that Apple obtains consumers’ express, informed consent prior to billing them for in-app charges.”

Apple was also required to pay $32.5 million in refunds to consumers. Although the company complied with the terms of the FTC’s settlement, Apple CEO Tim Cook criticized the agency for reopening a case that Apple had already settled in a previous class-action lawsuit. “It doesn’t feel right for the FTC to sue over a case that had already been settled,” wrote Cook in an internal memo obtained by Re/code. “To us, it smacked of double jeopardy.”

Last week, Politico obtained a previously unseen email that was related to the FTC’s investigation of Apple’s in-app purchase policies via a Freedom of Information Act request. In the email sent by Apple general counsel Bruce Sewell, the lawyer alerted FTC Chair Edith Ramirez and Democratic Commissioner Julie Brill that Google was using the same in-app purchase policies that had gotten Apple into trouble.

However, despite Apple’s finger pointing, it’s not clear if Google will face a similar investigation from the FTC, especially since Google is already making changes to its app store as requested by the European Commission. On the other hand, the FTC is pursuing a lawsuit against Amazon (NASDAQ:AMZN) after the online retailer resisted FTC demands that it make changes to its in-app purchase policies, reports The Wall Street Journal.

Either way, with so many regulatory organizations monitoring the app industry, Apple would be wise to implement its in-app purchase policy changes sooner rather than later.