Europe and South Korea Will Consider More Than Speed With 5G 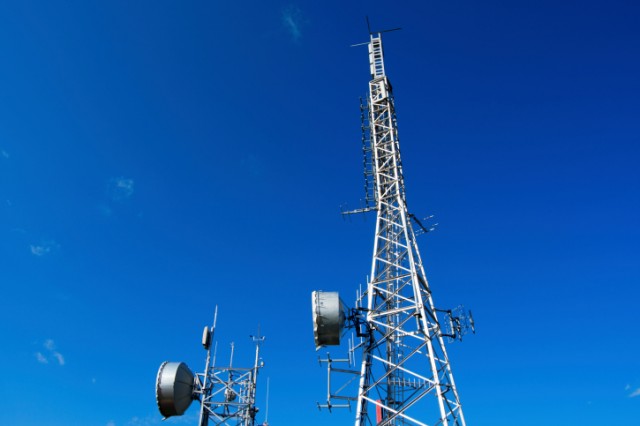 The European Commission on Monday announced a deal between Europe and South Korea to jointly develop and standardize 5G networks. As Europe and South Korea “work towards a global definition of 5G,” they’ll figure out exactly what technology will comprise the 5G standard. GigaOM points out that 5G has so far been used primarily as a marketing term, without the actual technological details specified, just to denote something faster or better than 4G. The deal shows that Europe and South Korea, which is home to Samsung (SSNLK.PK) and LG (LGERF.PK), are serious about joining the race to develop and implement the next generation of mobile Internet.

As GigaOM reports, Europe was a leader in implementing 3G technology, but lagged behind just about everyone else when it came time to roll out 4G. Under the current deal, Europe and South Korea will work to pioneer 5G together. They’ll cooperate to use the same radio spectrums for 5G (to avoid roaming issues between Europe and Asia), and will share resources and research to develop the technological standard. The race is on not just to set out the rules for what 5G will require and how fast it will go, but also to be the first region to roll out new technology to support faster mobile Internet speeds.

The group hopes to have outlined the standards for 5G by the end of 2015, and The Wall Street Journal reports that getting ahead in the transition could be crucial for Europe. The difference between 5G and 4G, which Europe struggled to implement, is dramatic. Users on a 4G connection can download a one-hour HD film in six minutes. Europe projects that a 5G connection could see that download time drop to six seconds. But there’s much more to 5G than just speed.

When CEO Ken Hu of China’s Huawei last year said that that his company would develop commercial 5G networks by 2020, the claim drew criticism for defining 5G as a network that would achieve speeds of 10 Gbps, making it sound as though the only thing standing between current networks and 5G networks is speed.

In reality, those looking to define 5G are looking at more than speed. Samsung has also been accused of using the term to create marketing hype before the industry has figured out the innovations that will actually contribute to its development. In defining the next generation of mobile connectivity, Europe and South Korea are expected to research concepts closely tied to the so-far nebulous idea of 5G: the Internet of Things and mobile networks in the cloud.

The Internet of Things will see billions of devices connected to the Internet, and those connected devices are projected to eventually outnumber smartphones and tablets by 50 to one, according to GigaOM. Alcatel-Lucent’s (NYSE:ALU) Tod Sizer, who is researching the technology that will eventually comprise 5G, says that different types of networks will be necessary to support the computing needs of the Internet of Things.

He predicts that specialized networks will emerge for different purposes, and that not all types of data will need to be sent over the same super-fast networks. It will be much more efficient to use a high-speed connection to download something like an HD video, whereas a text message would be more efficiently sent using a slower network.

Mobile networks will also begin to move into the cloud, which will allow for more efficient and economical connectivity. The transition will see mobile networks’ base stations, described by GigaOM as “the most complex and and expensive component as the cellular network,” virtualized on a server.

Moving cellular networks’ base stations into data centers would allow mobile carriers to allocate processing resources to whichever part of the network needs them at any given time, rather than building the full capacity into every cell site. U.S.-based Intel (NASDAQ:INTC) has worked with China Mobile, the world’s largest mobile operator, to virtualize specialized processors into software run on universal computing platforms.

In February, Alcatel-Lucent was completing trials in virtualization with 20 carriers worldwide. Carriers are likely to have begun the gradual process of moving their mobile networks to the cloud as the technology that constitutes 5G will begin to be built.

As Europe and South Korea look to formalize what 5G will be all about, they’ll be looking at more than exponentially faster speeds for mobile networks. 5G will need to be about efficiency: mobile networks will need to deliver reliable, accessible, and economical connectivity that can be optimized for an ever-growing variety of apps and devices.