Everything You Need to Know About ‘Mortal Kombat X’ 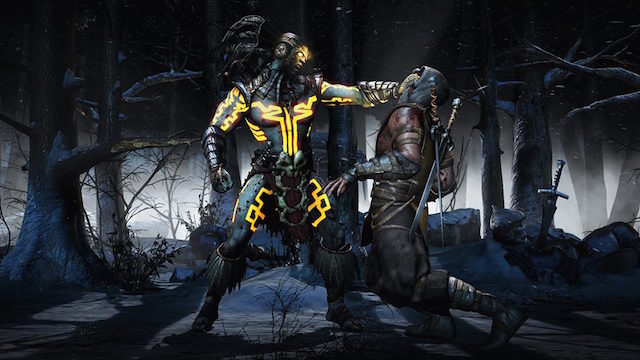 Video game PR companies are fantastic at orchestrating a slow drip of information about their games over the months leading up to release. That process keeps gamers interested, but it also scatters the details across the entire Internet, making it hard for interested gamers to find it. We feel your pain. With that in mind, we’ve gathered everything you need to know about Mortal Kombat X in one place. Enjoy.

First off, give me some history. What is Mortal Kombat?

It’s a series of fighting games that dates back to 1992. The games are structured around tournaments, so each round has two fighters going at it, using punches, kicks, and character-specific special moves to beat their opponent.

Aside from being a high quality fighting game, the first Mortal Kombat was remarkable for one big reason: It was incredibly violent and gory. Absurdly so. Blood went flying with every attack that landed. At the end of each match, the winner could do a special finishing move, called a “fatality,” killing his or her opponent.

In Mortal Kombat X, the violence and gore remain intact. In fact, since the game’s graphics are more realistic, it’s much more graphic than previous installments.

So this is Mortal Kombat 10?

Probably because it sounds cooler.

When does it come out?

It will come out later on PlayStation 3 and Xbox 360.

How many characters are in the game?

At the time of this writing, 14 characters have been announced, but the PR team is still in the process of revealing the full roster. So far, the confirmed fighters are Goro, Ermac, Kano, Kitana, Kung Lao, Quan Chi, Raiden, Reptile, Scorpion, Sub-Zero, Cassie Cage, D’Vorah, Ferra/Torr, and Kotal Kahn.

You can expect to see a lot more characters added to the list before launch. 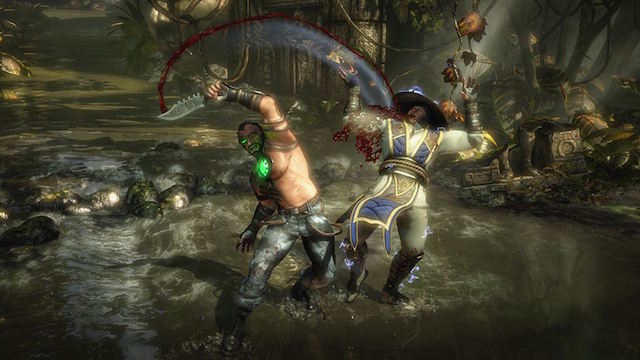 Will Mortal Kombat X be welcoming to newcomers?

Many modern fighting games are difficult for newbies to get into because they’re based on fighting mechanics that were established long ago.

The previous game in the series, 2011’s Mortal Kombat, had an excellent tutorial that gradually introduced the fighting mechanics to new players. You can probably expect something similar with Mortal Kombat X.

Also, from what we’ve heard, the special moves in Mortal Kombat X have been simplified overall, so they should be easier for newcomers to memorize and commit to muscle memory.

For the most part yes, but there’s one big difference: This time around each character has three fighting styles, or “variations,” you can choose from. One variation always includes a weapon, which should mix things up quite a bit.

What’s with the energy meter?

Underneath each character’s health meter is an energy meter. When you fill this up, you can do special moves like X-ray attacks.

What are X-ray attacks?

The previous Mortal Kombat game introduced absurdly horrific combos called X-ray attacks. Basically, if you build up your energy meter and press a combination of buttons, you unleash a devastatingly gruesome series of attacks. As you land your blows, the camera zooms in and goes into x-ray mode to show the character’s bones, muscles, and organs as they’re broken and destroyed.

X-ray attacks cost the receive lots of health, but they’re distinct from fatalities because the fight continues afterward.

What kind of fatalities will Mortal Kombat X have?

The fatalities this time around are even more absurdly gory than ever before. They’re so over-the-top that you can’t help but smile.

Fighters get their faces sliced off, revealing their brain and quivering tongue. They get chopped in half, eaten by bugs, decapitated, and have their skulls crushed. I could go on and on, but you’re better off just watching a video compilation of them.

Has Conan O’Brien played the game?

In fact he has, with football players Marshawn Lynch and Rob “Gronk” Gronkowski. Here’s the video.

And here’s a video of Mortal Kombat creator Ed Boone introducing some of the game’s new elements.