Facebook Has Its Cake and Eats It Too With Anonymous Login 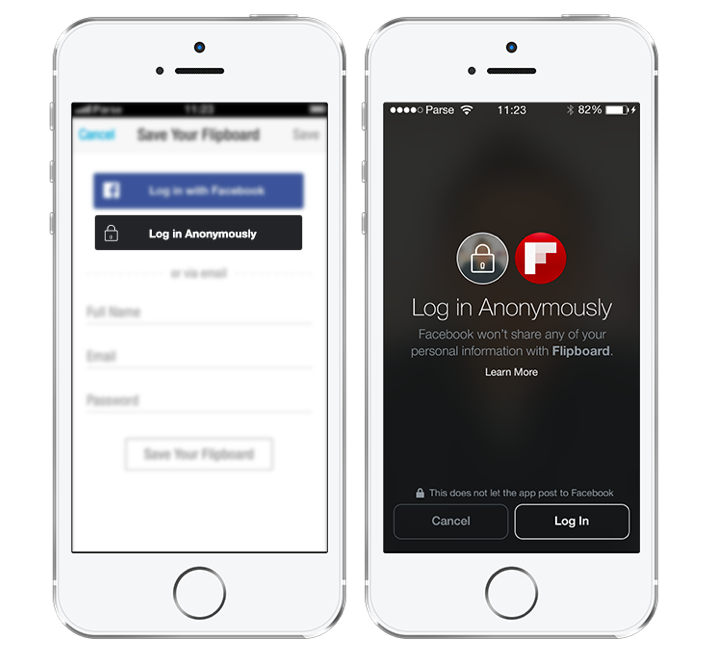 Facebook (NASDAQ:FB) announced a new feature to encourage more users to log in to third party apps using their Facebook information at its f8 conference in San Francisco earlier this week. Anonymous Login is a new option Facebook users will soon have that allows them to log in to an app using Facebook, but without sharing all of their personal information stored on the social media site.

Facebook wants more of its users to rely on their Facebook login information to access other apps, but some have been wary to give third-party apps access to so much of their personal information. Anonymous login will give users the option to try out an app while logging in through Facebook without the app gaining access to their data. The catch is that much of the time if you decide you want to use the app’s full functions, you will have to grant it access to your Facebook data.

“Today we want to do even more to put control and power back in people’s hands,” Facebook CEO Mark Zuckerberg said at the conference, according to video of his speech from CNET. “With the new login, I can sign in on my own terms.”

A black button saying ‘log in anonymously’ will soon appear below the ‘log in with Facebook’ option when opening a third party app. The option is currently in testing phases, but Facebook promised it will be rolled out to more developers in the coming months. The service will likely be embraced by users who want to quickly login to apps but don’t want to give all their information to an entity they may not trust.

If you do decide you want to stay logged in to an app using Facebook, the site has also created a way to specify exactly what information from your Facebook profile will be given to the app. A redesigned version of Facebook Login is now available that allows you to check or uncheck the types of information the app gets from your Facebook page. For example, you will be able to give the app your email address or your likes, but not your friends list. The new Facebook Login also won’t post information about your activity with in the app without your explicit permission.

“As a developer, this is going to make more people comfortable with signing in to your apps and engaging with them,” Zuckerberg went on to say, per CNET.

Some analysts believe that Facebook has already successfully transitioned from being a cool fad for young people to being a utility that people from all walks of life use to navigate their lives on a daily basis. Making Facebook login more secure for users is another way in which Facebook can entrench itself in our lives and make ad money from doing so. Using our login information stored on the site makes us more dependent on Facebook for things other than just sharing our lives on social media. Users benefit from the ease of logging in to apps using Facebook rather than having to remember separate login information for every app they use. Facebook benefits by collecting data on which apps one logs in to and can target advertisements based on that information.

Facebook is trying to balance a fine line between making its users comfortable with their privacy options and capitalizing on as much user information as possible for advertising. The company has faced backlash over issues including using profile pictures in advertising and allegedly reading private messages.

The option for anonymous login seems to be the site throwing users a bone after other recent changes to the site’s privacy policy were met with controversy, with the added hope that Facebook will still get more data to use for targeted advertising.

Facebook’s first-quarter financial results have shown that the company is maintaining its success at monetizing mobile, with mobile accounting for 59 percent of the company’s total ad revenue for the quarter. Introducing anonymous login is a great way for Facebook to bolster user confidence in its privacy options while also encouraging more people to use Facebook login and gaining access to more user data for advertisers.