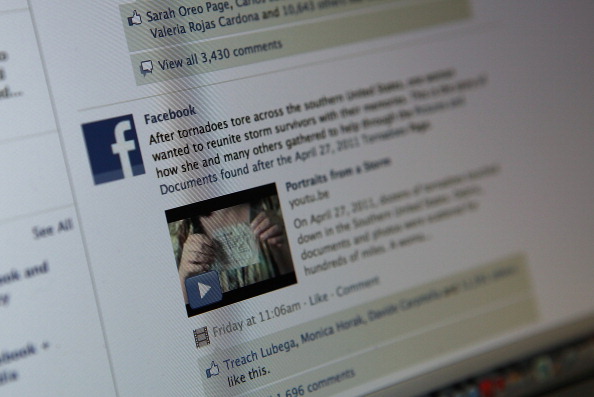 Chances are every one of the 1.23 billion Facebook (NASDAQ:FB) users have seen something posted on Facebook that’s just not true. These posts come in the form of a Facebook friend who somehow never got the memo that The Onion is news satire, some pseudo-science from a “natural” website, or charged statements that stem from all directions of the political spectrum. In response to these untrue posts, Facebook has launched FB Newswire, a news tool that uses Storyful’s verification technology to help clot the flow of false information in users’ news feeds.

Facebook announced FB Newswire in a post in its Newsroom section of the website on Thursday. The company calls it the latest in its attempt to make Facebook a better tool for journalists and the media.

In its statement announcing the birth of FB Newswire, Facebook said that news has benefited from recent changes to the news feed algorithm and the addition of the Trending Topics section.

“News is finding a bigger audience on Facebook than ever before. Journalists and media organizations have become an integral part of Facebook, which is visible in features like Trending Topics, improvements to Pages, and recent changes to News Feed. Publishers are seeing the results of our commitment, with referral traffic from Facebook to media sites growing more than 4x in 2013, and we’re excited to deepen our relationship with media organizations and journalists in the days to come,” wrote Andy Mitchell, Director of News and Global Media Partnerships at Facebook, in the post.

Facebook and other social media outlets are often the first to report breaking news during and immediately following an event. Although valuable information comes from the social media giant and its users, false information also gets spread by people and organizations unable or unwilling to verify their facts before hitting the share button. This happened during in the aftermath of the December 2012 shooting at Sandy Hook Elementary School when a photo of the assailant’s brother spread throughout social media outlets, misidentifying the man as the culprit.

Storyful is meant to prevent instances like the above situation. TechCrunch reports that Storyful, meanwhile, is currently being used to verify social media content, reports and videos coming out of Syria, Ukraine, and other regions of the world.

The FB Newswire tool is built to help prevent the false information from spreading by using its own algorithm built on Storyful’s technology that looks at the location information, reliability of the source, and other factors to help determine what is verifiable to determine accuracy.

For Facebook, this is a way to help prevent the flow of false information by providing a mandatory level of verification that no other social media outlet employs at this time. While it is doubtful that the FB Newswire will prevent every single instance of false information, it should help make it a less common occurrence in theory.