Forget Watches: Adidas to Make Clothes Next in Wearable Tech 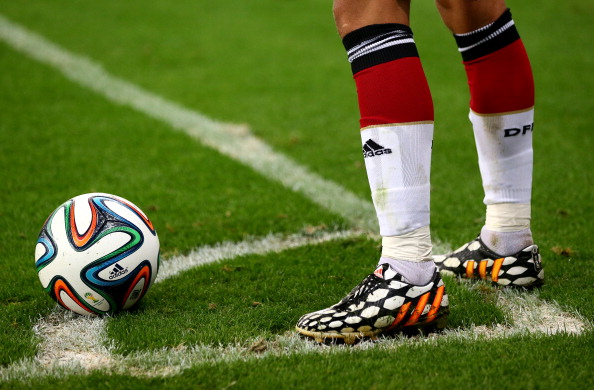 At a recent SXSW panel, an Adidas executive described what’s next for the company in terms of wearable technology — and it includes way more than watches. In the latest offering in the Internet of Things, Adidas has plans to bring your clothes to life in ways that could track product wear and tear, offer team information, and more, all through your smartphone. To add to your new smartwatch and Fitbit, Adidas hopes that stitching technology directly into its clothing and shoes will help the company communicate with its customers, both in the store and for years afterward.

The company has already experimented with using near field communication technology, or NFC. In 2013, the sportswear firm added NFC “lace jewels” to its line of Boost running shoes. The NFC tags were strung through the laces of the shoes, and customers could tap the tag with their smartphone to see more information about the product and read reviews from sports magazines and on social media. The Drum, a marketing website, wrote that during a SXSW panel about wearable technology, Adidas innovation explorer Jon Werner detailed the plan to expand the sector. If plans move forward as predicted, the company might soon be producing soccer cleats, jerseys, and balls with NFC tags to essentially launch the next step in wearable technology.

The leap toward wearables is an effort for Adidas to learn more about how customers use its products after they walk out of the store with their purchase, Werner said during the panel. The tags will be placed first on limited editions of Stan Smith and Superstar trainers. Customers will be able to tap the tags before purchasing the shoes to learn more about them. And once they buy the shoes, they can tap the tag before leaving to go somewhere, and personalized messages will appear that offer shopping suggestions or exclusive content depending on location. Werner said the idea is that adding the tags will maintain the brand’s value instead of having it fade away the more the shoes are worn.

The Drum quotes Werner as giving a few other examples, too: If customers are based in the South, they won’t receive as many promotions warm-weather gear, for example. The technology can see how customers are using their products on a more consistent basis and also suggest when it might be time to buy a new pair of shoes based on wear and tear. (It also can’t hurt that a company is promoting another purchase of its products.) Above, a demo video shows how the technology works with the original tags on the Boost running shoes.

NFC tags use electromagnetic radio fields to communicate with devices designed to pick up the signals. An enormous number of Android phones are capable of reading NFC signals, often by tapping the phone to the tag directly. The iPhone 6 now has the capability, too — Apple Pay is powered by NFC technology. This means that in a few years, as Apple users phase out their older-generation iPhones, the majority of people will have NFC capabilities at their fingertips. Adidas is hoping to capitalize on that, not only for promotions but for customized content, woven directly into clothes.

Don’t go searching for the NFC-laden jerseys yet: Aside from its footwear, Adidas is still in the development phase for all of its wearable technology. But Werner did describe some of the early visions for the undertakings. One idea is a soccer jersey that sends team or player statistics to your phone when you tap the jersey logo. The technology could also tell the jersey owner if other people wearing the same shirt are nearby. “It’s basically building a community in situ around these products. It also gives consumers an easier way to provide feedback too. Imagine after three or four wears and then they suddenly notice a tear and notify us by tapping on one of our products,” Werner said at the SXSW panel.

In the case of defective products, the company would also have a direct line of communication for solving the issue, Werner said. Tapping the logo would allow the owner to immediately contact the company, and company representatives would know it was a problem immediately. “We know they bought product so now we’re going to pay a lot more attention to them because of the fact that they actually own it and it’s a not a random Tweet or Facebook post,” Werner explained. 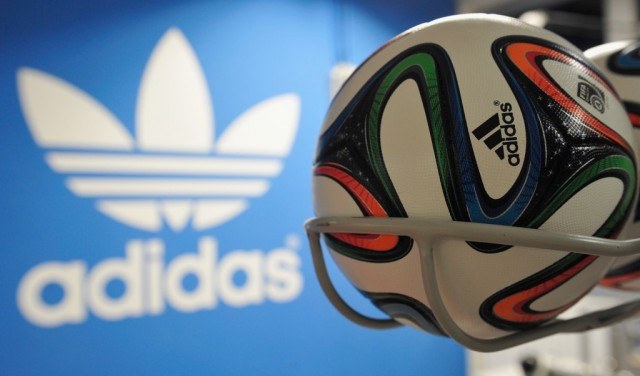 The possibilities extend to balls and other gear, too. A World Cup ball could reveal its history: which game it was used in, what the score was, and so on. Overall, the possibilities equal “a billion touch points” in which Adidas could have the chance to interact with its customers and the public at large, Werner said. But there is a balance: Adidas can use those points to promote products or suggest new items, but the experience ultimately has to benefit the customer.

In the same panel at SXSW, a Hyundai USA executive said it’s important to remember that the technology needs to be useful, not just novel. Otherwise, customers will quickly move on to something else, said Michael Dietz, senior group manager of connected cars and owner marketing for the company. “I don’t want our customers to think we are tracking them when we are not,” Dietz said. “We are interested in speaking to them in the way they want us to, building a relationship with them, and delivering content and information that is relevant.”

The “connected experiences” using this sort of technology are vital, Werner added. But the responsibility lies with the company to make sure the content is useful and relevant, and that it adds value to the product. In other words, a company can’t flood a customer with a bunch of irrelevant information. They’ll just stop using the app, and then you’re back to square one. The key to that, Dietz said, is remembering to keep the customer at the forefront. He said brands have to “think about things from human perspective: What would average person want to do and take from this?”