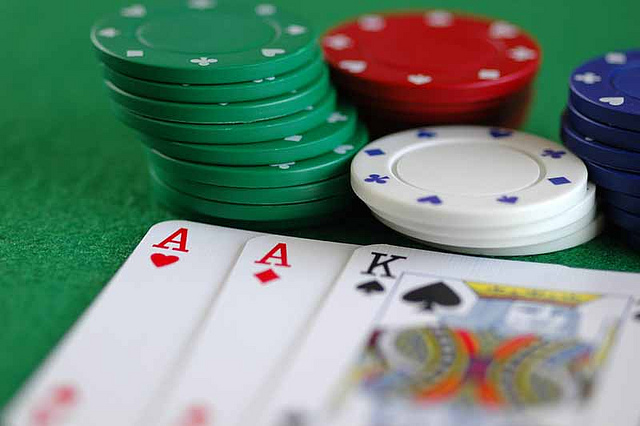 Over the past few years, one of the best performing industries has been the resorts and casinos industry. Several companies have surged over the past years such as Las Vegas Sands (NYSE:LVS) and Caesars Entertainment Corporation (NASDAQ:CZR). Both of these companies have surged as the resort and casinos industry has continued to generate massive revenues. However, while the above mentioned companies certainly generate the bulk of their revenue from gambling, there is also revenue from other businesses such as hotels, restaurants, and entertainment not related to gambling. Investors looking to capitalize on the expected growth in online gambling may want to consider a strictly focused online gambling company such as SeanieMac International (BETS.PK).

SeanieMac International is an all-Irish online sports and casino wagering web-based platform serving gamblers directly through its website, SeanieMac.com. The company’s platform has almost any type of event and/or game that a better could want. The company has a laundry list of sporting events, lotteries, and a casino. SeanieMac also developed a mobile app so that busy bettors can still have fun at inopportune times.

Based out of Dublin, SeanieMac is closely connected with the Gaelic Athletic Association’s Gaelic Games, a huge advantage that provides brand recognition comparable to the United States. The Gaelic Games are quickly gaining worldwide appeal, predominantly in locales that are comprised of large Irish emigrants. The four countries with a large Irish population include the U.S., Canada, Australia, and the United Kingdom. One reason why SeanieMac is poised for growth is because the company knows its identity. It is an Irish platform that is catering to Irish people. Given the growth of the Irish gambling market, it would appear that big things are in store for SeanieMac.

The global online gambling market has been estimated at $32.0 billion. As impressive as that market potential is, it’s only going to get better. Analysts are expecting the market to grow by more than 50 percent and reach $46.1 billion by the start of 2016. The really important piece of information that investors should take away from this is that the growth of online gambling is outpacing the growth of the gambling industry as a whole. Since 2003, the gambling industry has grown at an average rate of 15 percent. While that is a fairly strong growth rate, online gambling has grown at an even more impressive rate of 23 percent over the same time frame.

One of the primary reasons why SeanieMac stands out as a long-term winner is because of the company’s focus on the Irish market. There are a couple reasons why this is a smart move.

A second reason why it’s smart to focus on Irish bettors is because of what’s occurring in the United States. In 2006, Congress passed the Unlawful Internet Gaming Enforcement Act (or, UIEGEA). The intent of the act was to end the money laundering that was occurring through online gaming sites. However, the act basically ended online gaming for many citizens because of the complexity and the difficult in funding new accounts.

Recently, however, there has been a movement to try and get the United States to make online gambling legal. The U.S. could then fully enforce it and tax it. This would certainly help ease the budget deficit that the country currently finds itself in. Further, it would open up online gambling to a whole new crowd, specifically 28 million Irish Americans. Statistically, one in three Irish adults wager regularly, betting $65 per week on average. That would mean that if all the U.S. states were to legalize online gambling, the Irish population in the U.S. would wager more than $31 billion annually. Given the lack of betting sites catering to the Irish market, it would seem natural to assume that SeanieMac could capture a large percentage of this new market.

While many might think full legalization of online gambling in the United States won’t happen anytime soon, several states are pushing the matter. Three states have already legalized online gambling: Nevada, Delaware, and New Jersey. As we’ve seen with other social issues, once a few states make the move, other soon follow.

Investors should also be aware that SeanieMac has the full support of the McEniff family. In Ireland, the name McEniff is almost royalty. In the U.S., names such as Trump, Hyatt, and Wynn make everyone do a double take. In Ireland, the name McEniff has the same impact. The Chair of SeanieMac is Sean McEniff. Sean McEniff is an accomplished entrepreneur with a 30-year successful track record in the hospitality and sports industries. 10 of those years were spent as a competitive athlete in Ireland’s Gaelic Athletic Association Gaelic Games. Sean McEniff is also the son of Brian McEniff, the founder of Brian McEniff Hotels.

With name power like that, it’s hard to think that SeanieMac won’t succeed. While all signs point to blue skies ahead, it’s important to take a look at SeanieMac’s competition to see if any of those companies could pose a challenge. The biggest competition for SeanieMac will come from Paddy Power (PDYPF.PK). Paddy Power is a popular and widely used Irish bookmaker. The company operates a chain of retail outlets throughout Ireland, Northern Ireland, and Great Britain. Paddy Power is currently valued at nearly $4 billion.

While the company generates almost 75 percent of its revenue from online gambling, the bulk of that revenue is coming from territories outside of Ireland. So, despite the company branding itself as “Ireland’s biggest bookmaker,” Paddy Power really isn’t as focused on Irish betters like SeanieMac is. This is the primary reason why investors shouldn’t be concerned about competition from Paddy Power.

Investors looking to make an early investment in a promising gambling company poised to capture a significant percentage of a niche market should strongly look at SeanieMac. The company has built a unique platform with the option of mobile betting which is poised for significant growth in its own right. Even without the legalization of online gambling in the U.S., SeanieMac should still see significant growth in the future. With legalization, the sky is the limit.