Game Over: Why Is Sony Scrapping the PSP? 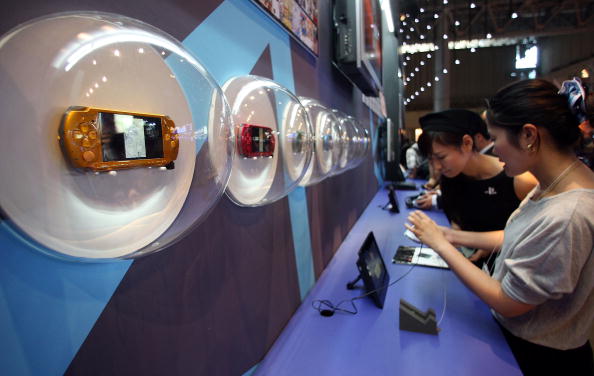 All good things must come to an end, and the end is exactly what’s on the horizon for Sony’s (NYSE:SNE) previous-generation handheld gaming device, the PlayStation Portable, or PSP. The company stopped selling the device in the U.S. earlier this year, and it has just announced that it will wind down sales in Japan this month.

The end of the PSP has been a long time coming. The device first appeared on the market way back in 2004, when the PlayStation 2 ruled the gaming world. Since then, Sony has not only released the PlayStation 3 and PlayStation 4, but in 2012 it released a follow-up handheld device called the PS Vita. Now, with the PSP out of the picture for good, Sony will be able to devote all of its focus on the struggling Vita.

The PSP has been a success for Sony overall, but it struggled to find a wide audience outside of Japan. All told, the company sold 76 million PSPs, most of them to Japanese customers. But that didn’t stop Sony from trying every trick in the book to get the rest of the world interested in the device. The company released a number of different PSP models over the years. As Polygon puts it, after the initial launch of the device in 2004, “A remodeled version, the PSP-2000, launched in 2007 followed by another reiteration with the PSP-3000 in 2008. Sony launched the PSP Go model, which featured a sliding screen to reveal the controls, alongside the PSP-3000. The corporation discontinued the new design in 2011 outside of North America to focus on the PSP’s successor, the PlayStation Vita that launched worldwide in 2012.”

The PS Vita, meanwhile, hasn’t managed to get much traction in either the Japanese or U.S markets, selling only 8.3 million units in two years. Compare that to the Nintendo 3DS’s 44.7 million sales in three years, and you can see the problem.

One reason many analysts believe dedicated handheld systems are having a tough time getting off the ground of late is the rise of smartphones. After all, if everyone’s pocket already contains a machine that’s perfectly capable of playing video games, why would they bother buying a separate device? Certainly the breadth and quality of games for dedicated devices like the PSP and Vita is generally higher than mobile games — but so are the prices. For many people who are only mildly interested in games, a smartphone scratches the gaming itch just as well as a PSP would, and for a much cheaper price.

Let’s look at the sales figures between dedicated handheld gaming devices and smartphones. The 80 million units the PSP has sold over a decade might seem like a lot, but it shrinks considerably when compared to smartphones. In the first two quarters of 2014, for instance, Apple sold 94 million iPhones. That’s significantly more iPhones being sold in six months than PSPs in a decade.

In the world of console gaming on TVs, however, Sony is doing much better. Its PlayStation 4 has been significantly outpacing its main competitor the Xbox One since both were released late last year. In fact, with 7.8 million PS4s sold in just seven months, it has already almost outsold the PS Vita, which has been around two years.

Clearly, much has changed in the gaming market since the launch of the PSP in 2004. It wouldn’t be surprising if the PS Vita marks Sony’s final attempt at the handheld gaming market. The PSP, which released three years before the iPhone was introduced, had a respectable run. But now in the smartphone era, the Vita can’t seem to match its success. That would make the PSP Sony’s last successful handheld gaming device. In any case, the PSP has had a good run, but now its time is done.