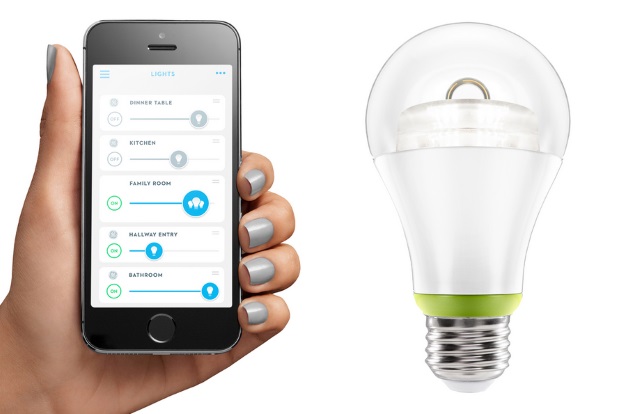 GE (NYSE:GE) has announced Link, a new connected LED bulb that Apple’s (NASDAQ:AAPL) iPhone users can control remotely via the iOS Wink app. The low-cost bulb will start at less than $15 and will be available for preorder on Monday, June 30, through Home Depot’s (NYSE:HD) website. Link will also be available in Home Depot’s brick-and-mortar retail stores later this fall.

“Our very own Thomas Edison built the first commercially viable bulb, and today we’re proud to announce the first commercially viable connected bulb designed for Wink users,” noted GE General Manager of North America Consumer Lighting John Strainic in a press release. “We know the quality of light consumers love and want in their homes, and we’re a brand they trust.”

GE’s Link LED bulb is available in three different lighting applications, including two indoor style bulbs and a spotlight bulb that can be used outdoors or indoors. Using an Internet-enabled connection, users can control the light from anywhere in the world via the Wink app that is available on both the iOS and Android mobile operating systems. While this relatively inexpensive bulb gives Android and iOS users yet another option for converting their homes into an “Internet of Things,” the Link bulb also provides an opportunity to highlight some of the advantages in Apple’s approach to the connected home market.

At the Worldwide Developers Conference earlier this month, Apple unveiled HomeKit, a suite of tools that allows developers to easily create iOS apps for home automation products such as light dimmers, thermostats, and door locks. In order to operate connected home products like the Link bulb, users must currently open a separate app. While this may not be an inconvenience for users who only have one or two connected home products in their house, this may soon become a burdensome task as more and more home products gain remote connectivity features.

However, Apple’s HomeKit will allow iOS 8 users to avoid this “app overload” issue by embedding the controls for connected home products in multiple places outside of the app in iOS 8. HomeKit will also allow iOS 8 users to bundle the controls for multiple devices together. Instead of opening three separate apps to turn on the lights, unlock the door, and adjust the thermostat, a user could simply tell Siri that they are home and Siri will initiate all three app functions at once.

Apple already has a well-deserved reputation for creating a seamless experience for users across it various products and services, and it appears that it will be extending this philosophy to the burgeoning connected home market. Although Google’s (NASDAQ:GOOG) (NASDAQ:GOOGL) recent I/O developer conference revealed several upgrades that will improve the seamlessness between various Android-based products, Apple’s HomeKit appears to still give the Cupertino-based company a competitive edge over Android in the connected home market.

There are also indications that Apple may soon complement its HomeKit platform with its own line of connected home hardware. Unnamed insider sources cited by 9to5Mac recently reported that Apple has pulled together a team to develop “Smart Home” Apple hardware products. While Google already has a first-party source of connected home hardware through its acquisition of thermostat and smoke detector maker Nest, Apple is reportedly interested in developing products for more “mainstream” usage.