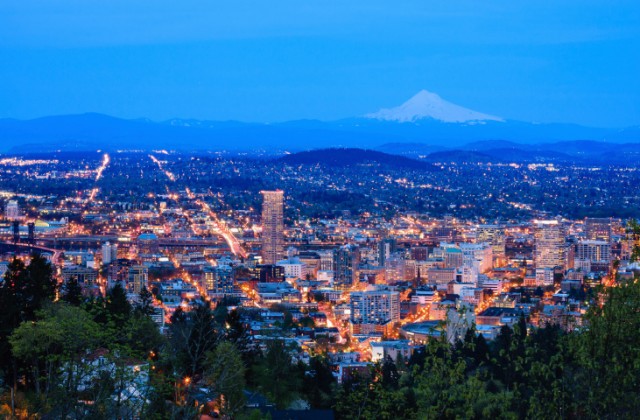 Google Fiber’s next city is likely Portland. The city counsel agreed to the deal, where Google (NASDAQ:GOOG) (NASDAQ:GOOGL) will invest likely about $300 million minimum in infrastructure for the city and some surrounding suburbs to enable the gigabyte speed connections. Two Portland suburbs have also approved the deal.

Google Fiber’s entry into the Pacific Northwest follows the successful installation of Google Fiber in Kansas City, Austin, and Provo. For a $300 one-time price, users will get to use the speedy connection. While that price is higher than many Internet users pay per month, the cost will break even and become cheaper over time. The city also waived a three percent “PEG fee” that the city charges fellow Internet service provider Comcast reported local media. In exchange Google Fiber has to set up public Wi-Fi hot spots and give free service to area non-profits.

Google Fiber is a radical spin on broadband Internet service. It is charging a one-time fee for what many Internet service providers charge a premium for on a monthly basis. Once it is installed it gets to compete with other service providers for customers who may be lured away from their current Internet companies by the promise of eliminating a monthly bill and getting faster Internet.

Google is also working with other cities to bring Google Fiber to their metropolises, but none are confirmed yet. Potential future cities to get Google Fiber include Nashville, Atlanta, and San Jose, but none of these are as far ahead as the Portland deal.

Google will have to begin to survey Portland to see how it will build up the needed infrastructure to enable Google Fiber. If it is not possible, the city may not get Google Fiber, but Google will not make the final decision until the end of the year. The city council is an important step forward that helps the potential project progress.

“While we’d love to bring Fiber to every one of these cities, it might not work out for everyone. Cities who have worked with us through this process, however, will have taken a big step forward in making their community ready for construction by any provider,” said a statement on Google Fiber’s website.

Considering Portland plans to build up the infrastructure needed for municipal-level broadband, it’s pretty likely the city will have it one day, even if it isn’t the Google Fiber version.