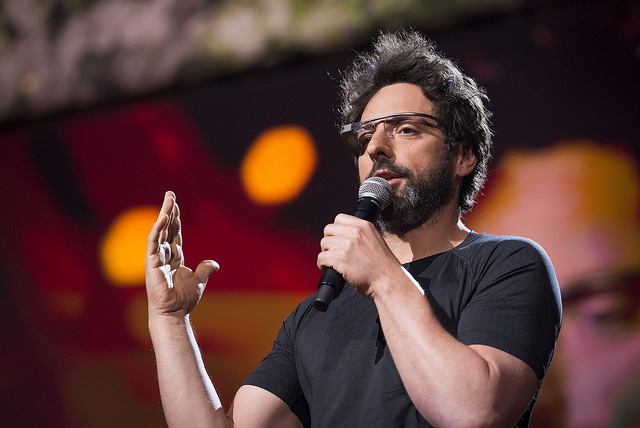 Google (NASDAQ:GOOG) has teamed up with the nation’s largest provider of eye care insurance to extend coverage to frames and lenses made for glasses that are mounted with Google Glass, according to a report from the New York Times. Optical insurance provider VSP has made a deal with Google to subsidize the cost of Glass-specific lenses and frames.

“We know our 64 million members are seeing and hearing about Google Glass and how it will affect their lives and vision, so we are really focusing on the eye health management perspective,” said Jim McGrann, president of VSP Vision Care, VSP’s insurance division, to the Times. “We see this whole concept of smart eyewear continuing to evolve as an opportunity to provide instant information.”

Google’s design team, headed by Isabelle Olsson, has created four different versions of frames for Glass and two styles of clip-on sunglasses. The different styles and colors make for 40 different possible combinations, Steve Lee, product management director for Google Glass, told the New York Times. Olsson was hired along with a group of female fashion experts to help Google make Glass into a fashion statement and thus make people more willing to wear a device that’s been perceived as being a mark of incredible nerdiness.

The frames are made from titanium in order to support the weight of the Glass device and battery, and cost $225. VSP said it will reimburse members about $120 on average for the frames plus the cost of the prescription lenses but won’t give any subsidies for the device itself. The clip-on sunglasses cost $150.

“The key business model of the year for wearables is becoming embedded into the health care system,” said J.P. Gownder, an analyst studying wearable devices at Forrester, to the Times. “Selling wearable consumer electronics one-on-one to individual consumers is kind of a tough business. By embedding them into the health care system, you can reach a mass market.” Forrester thinks the link between medicine and electronics will only become stronger in the coming years.

The advantage for Google is that mounting Glass on a regular pair of glasses makes the device look more normal and therefore something that a person would be more likely to wear in public, without feeling self-conscious. Glass Explorers have already had issues wearing the devices when out and about. The New York Times reports that some businesses have already banned Google Glass, as many are concerned about the state of their privacy when around a Glass-wearer.

Recently, a man was kicked out of a movie theater in Ohio for wearing the device on the suspicion that he could be recording the film, the Columbus Dispatch reported. The man, who added prescription lenses to his Glass, said that he was questioned for two hours about whether he was using them to record the film illegally. He said he is so used to wearing them that he forgot to switch them out for regular glasses before the film. Stories like that don’t exactly encourage consumers to adopt smart glasses.

Google Glass will go on sale to the general public later this year. Some have questioned how successful the device will be initially, since it is likely to cost between $500 and  $1,000, and there are still kinks to be worked out in terms of making Glass more user friendly. Despite the backlash and the high cost of the device, smart glasses and other wearable pieces of tech are likely the future of mobile computing.

Making Glass look more normal by mounting it on regular glasses and then convincing insurance to pay for those glasses like they would any others is Google’s way of speeding along the process of making Glass a normal and entrenched part of our daily lives. The fact that the Ohio Glass-wearer forgot he had his on shows that the move to make Glass feel like regular glasses is already working.