Google Has 12 Billion Reasons to Acquire Twitch.TV, But Will It? 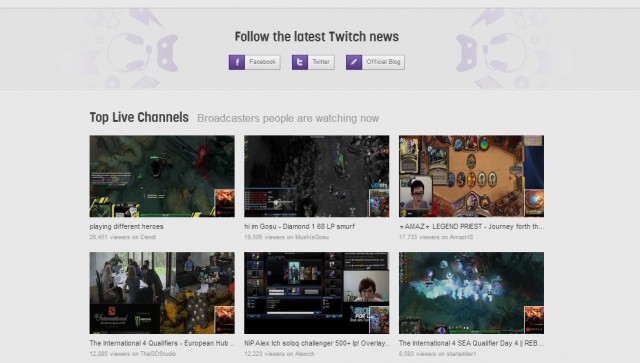 YouTube — owned by Google (NASDAQ:GOOG) (NASDAQ:GOOGL) — is out on the prowl for ways to make more money in ad bucks. To do that, it needs to find either more viewers or content that interests advertisers more, or both. While YouTube naturally is seeking out ways to do these on its own, it may also be looking at a high profile acquisition to boost it further in the right direction. That acquisition could be Twitch.

Twitch.TV is a major player in video game media. Its platform allows gamers to record their gameplay and broadcast it live to the website, where watchers can see the gamer’s exploits and adventures, wins and losses, all in real time. Just how major is it? The most major. According to broadband network solutions company Sandvine, Twitch.TV “has established itself among the top-15 applications on many fixed networks across the globe, and now generates more traffic than HBO GO on U.S. networks.”

Qwilt, a provider of media analytics, reported that Twitch is the “No. 1 top live streaming video site in the world.” With 45 million monthly users streaming 12 billion minutes each month, it’s no surprise Twitch was able to take that rank. It accounts for close to a half of all live streaming in the U.S., followed at some distance by WWE, MLB.COM, ESPN, and even Justin.TV — the website from which Twitch spun off. Though Google does have a live streaming service within YouTube, it is not nearly as popular as Twitch’s service. This may be part of why YouTube is attempting to buy Twitch, as The Wall Street Journal reports the media giant is in early stages of doing.

According to The Street, two people familiar with the matter have claimed that Google is in early acquisition talks with Twitch and no prices have been mentioned. Naturally, the added viewership Twitch would bring to YouTube would be appealing, but on top of that the way users interact with Twitch has a certain appeal for advertisers. While YouTube viewings are generally short, people watching players on Twitch tend to stick around a bit longer. Qwilt’s data shows that viewers average 106 minutes per day. These more engaged viewers help Twitch sell the premium ads that YouTube wants to sell.

Oddly enough, Variety reports that YouTube has already reached a deal with Twitch to acquire it for $1 billion in all cash. Considering Google acquired YouTube for $1.65 billion, that’s a high valuation for Twitch. Variety’s sources expect the deal to be announced soon. Of course if the deal is real, it will still have to undergo the scrutiny of regulators, as Twitch is at the top of its field and YouTube is already a major player in video streaming, ranking first in many countries and coming second only to Netflix, according to Qwilt.

As Twitch refuses to comment on the matter, it’s hard to say just what may be going on between the two media giants. Variety claims the deal is going through, pending regulator approval, and The Street claims Twitch may simple move forward with another round of funding. If YouTube does acquire Twitch, it could be a big bump in monthly earning, especially as the new gaming consoles grow in use, since they feature applications for streaming more content to Twitch.