Google’s annual I/O conference is just around the corner, and everyone is talking about what updates, announcements, and experiments Google will unveil at this year’s event. And if you’re like everyone else with an interest in the tech industry, you’ll want to know what to look out for when headlines about the event start dominating your favorite news feeds and tech blogs.

VentureBeat’s Harrison Weber that on May 28, Google will open the doors of its I/O developer conference to 6,000 developers, pundits, and members of the press. Every year at Google I/O, Google unveils the future of Android and Chrome, debuts updates to products like YouTube, and showcases experiments like Google Glass. So it’s fitting that numerous rumors and reports about what Google intends to announce this year are circulating ahead of the event. Here are the most important (and exciting) announcements that Google could make this year.

Weber reports that the first “semi-official” news of Android M broke early in May, when briefly, and perhaps accidentally, shared the names of select I/O sessions on the conference’s website. The descriptions revealed that the next version of Android will begin with the letter “M.” It’s being referred to internally as “Macadamia Nut Cookie,” and we don’t know yet what it will be called when it officially debuts.

Another clue offered by the session descriptions, since pulled, is that Google will bolster its enterprise offerings with something called “Android for Work,” which “brings the power of Android to all kinds of workplaces.” Another I/O session will debut a feature called “Voice Access,” which likely points to expanded voice control for Android M, and a third session description hinted at refined notifications for the new version of Android. Ars Technica’s Ron Amadeo projects that Android M could also bring better privacy with selectable app permissions, a smarter version of Google Hangouts, and multi-window and split-screen support.

Weber reports that other leaks and rumors suggest that Android M will support Touch ID-like fingerprint sensors, bring big Android Auto updates, and include an update guarantee for Nexus devices. Android M is also expected to usher in an initiative for child-friendly apps, bring Android Wear support for iPhone users, and include a public Google Now API. While Google is expected to make some big announcements about Android M at I/O, the official build won’t be available until the fall, when new Nexus devices are announced.

Nate Swanner reports for The Next Web that Chrome always gets a lot of attention at I/O, but sparks little “rumor-mongering” ahead of the annual event. Swanner points to mobile as Chrome’s big focus this year. “Looking to the Google I/O schedule,” he writes, “it seems Chrome’s 2015 focus is mobile. Two separate web (Chrome as far as Google is concerned) chats on Rails pop up in the schedule list, and Rails is fantastic for mobile — another big part of Google’s empire.”

Google is also expected to introduce a smart home technology, allegedly called Brillo, which could be built into the next version of Android. Brillo’s launch could constitute Google’s biggest move into the emerging Internet of Things arena since its acquisition of Nest, but Google will, of course, need to demonstrate some compelling reasons that the world needs another Internet of Things platform.

Swanner reports that rather than an entirely new platform, Brillo is reportedly a build of Android that device manufacturers and app developers can tap into. Brillo is said to be aimed at smart home hardware currently, but it could eventually encompass any types of devices that feature sensors but don’t have operating systems.

The app will use Google’s face-matching technology to enable users to search their photos, organize and label them automatically, and share them from anywhere. Additionally, users can back up their photos and videos automatically and manage their photos from the app. They can also see their photos via a variety of different interface “views.” The app also seems to introduce some new interactions, such as pinching in to photos and swiping out of them. Users can also drag to select multiple photos.

A new “Assistant” feature will not only automatically create stories and animations, but will enable users to create their own albums, movies, stories, animations, and collages. That represents a significant improvement over the Autoawesome feature, will only let users manually create movies, GIFs, and “mixes,” which are collages of anywhere between two and nine different photos. The editing interface also sports some improvements, and a new photos interface will be available at photos.google.com. Spradlin notes that perhaps most exciting is the new app’s separation from the Google+ app, as the new app will replace the existing photos shortcut.

The Next Web notes that several sessions at I/O will address Android Wear, including one on how developers can take advantage of the Android Wear support library to build great apps for Android wearables. Swanner also notes that Google seems to understand that it trails the Apple Watch when it comes to fitness. I/O will feature two sessions on Google Fit and on building better fitness apps, and Swanner thinks that users can expect some more-nuanced fitness apps for Android Wear soon.

Google first launched the Chromecast about two years ago, and while it’s update the software many times since then, the hardware has remained the same. Rumor has it that a second generation of the Chromecast is on its way, fueled by comments made by Google executive Mario Queiroz last October. Swanner reports for The Next Web that there are several I/O sessions on bringing games to the big screen via Chromecast, a task that would be more easily accomplished by more powerful hardware than the current version of Chromecast. 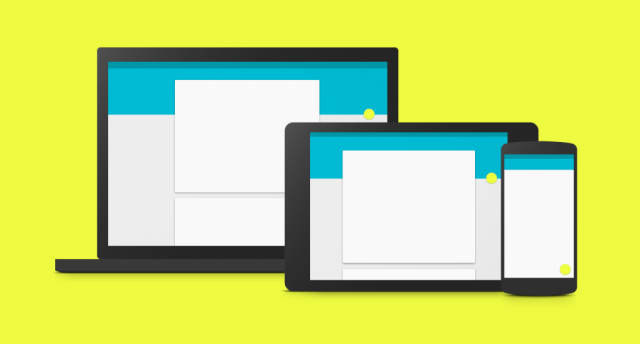 Recent reports indicate that the Android Pay API will launch at I/O and will power in-store and in-app payments. In March, The Verge reported that Google had confirmed that it’s working on a mobile payments framework called Android Pay. Google executive Sundar Pichai announced that Android Pay won’t be a new product for users, but will instead take the form of an “API layer” that will enable other companies to support secure payments on Android in both physical stores and via their apps. “We are doing it in a way in which anybody else can build a payments service on top of Android,” Pichai explained. “So, in places like China and Africa we hope that people will use Android Pay to build innovative services.”

Android Pay will “start with NFC” and eventually accommodate biometric sensors. And Google Wallet will continue as a service separate from Android Pay, though it will rely on Android Pay’s framework. The framework will likely lead to single-tap transactions within Android apps, and in-store, fingerprint-authenticated purchases for owners of devices with the necessary hardware.

Google has tested a Google Now API with a select number of developers, and may formally launch the API at I/O this year. Google’s Aparna Chennapragada revealed that the API was in the works at SXSW earlier this year, making I/O a possible launch venue.

Another possible product that may receive an update at I/O is Google Glass. Some think that Google will tease the future of Google Glass at the conference. Additionally, Google’s ATAP department is still working on Project Ara and Tango. A session from ATAP promises a new wearable, but specifics are scarce. “Expect something weird and wonderful,” writes Swanner, “but don’t expect ATAP to have a consumer-ready device just yet.” The description of he Project Tango session also reads as a primer for understanding what ATAP is doing, rather than indicating that the group is implementing new features into existing apps or services.