Google Play Store Revenue to Catch up to Apple by 2018 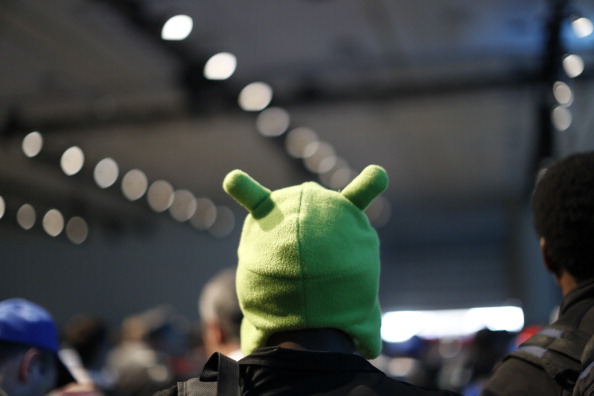 Though Google’s (NASDAQ:GOOG) Android has long beaten Apple’s (NASDAQ:AAPL) iOS in terms of user base, Apple has still managed to stay ahead in revenue earned from mobile apps. However, even that’s expected to change. Radio Free Mobile analyst Richard Windsor projects that mobile app revenue from the Google Play Store will catch up to Apple’s App Store in 2018, according to Quartz’s Steven Max Patterson. Patterson notes that Android’s 80 percent market share is driving app revenue despite Android’s lower per-user spending.

Android devices’ affordability are a key contributor to the operating system’s growth. IDC projected in February that the average selling price (ASP) of smartphones in 2013 was $335, and that average is expected to drop to $260 by 2018. Android’s ASP in 2014 is expected to be $247 in 2014 and $202 in 2018, significantly lower than iOS’s projected ASP of $649 in 2014 and $610 in 2018. IDC projected that Android would “maintain its reign as the leading operating system,” with “attainable price points” for vendors and consumers. At the time, IDC noted that iOS devices’ price points, well above others in the industry, could limit the operating system’s growth in new markets:

“iOS will remain the clear number 2 platform behind Android and will have the highest ASPs among the leading platforms. Apple has maintained a tight focus on the high end of the market with its most current devices, a trend we expect to see continue into the future. This could keep iOS from realizing greater volumes within emerging markets, but sales in mature markets will offset much of the difference.”

As Quartz’s Patterson points out, the $335 average selling price of a smartphone last year is “nearly half” the unsubsidized price of an iPhone 5s, and the difference between what Apple and Google are able to offer consumers with their mobile operating systems has continually narrowed. While most developers still release iOS apps before their Android equivalent, the App Store and the Play Store fulfill the same functions for developers and consumers, without much distinction between which platform is better for distribution or merchandising. (Though Wall St. Cheat Sheet recently reported on how neither app store is good at enabling users to discover high-quality new apps — a problem both for consumers, who want to easily find useful new apps, and for developers, who want their apps to stand out among the million-plus apps in each store).

That means that developers with apps in either app store — and most distribute their apps to both — are equally focused on promotion and advertising strategies that will get their apps noticed, downloaded, and consistently used, giving users more opportunity to make the in-app purchases on which freemium apps depend.

Both Apple and Google are likely to continue to slowly make small improvements to their tools for the development and marketing of apps, leveraging those improvements in advertising and marketing to get users to spend more on in-app purchases. An increase in per-user spending combined with Android’s large market share makes it increasingly likely that Google’s app revenue will surpass Apple’s, even if Android users continue to spend less on apps than iOS users do. Apple has undoubtedly limited its market share by focusing on the premium market. The key for Google will be to leverage the sheer size of its market share, hopefully in concert with better tools to help users discover the apps that they want, to drive app downloads and in-app purchases and benefit both consumers and developers.