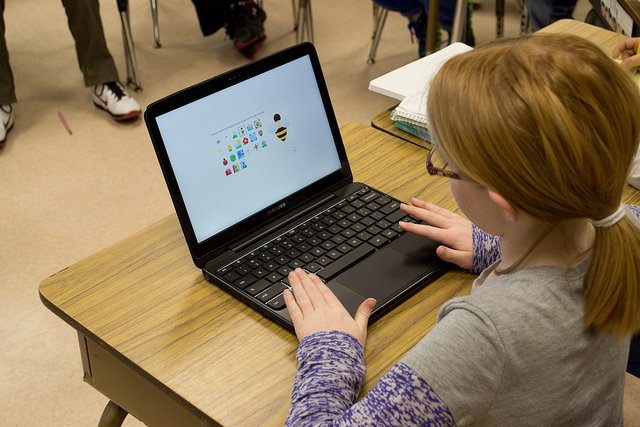 Are Google’s (NASDAQ:GOOG)(NASDAQ:GOOGL) Chromebooks the future of the laptop industry? Low-cost laptops that use Google’s Chrome OS were once the underdogs of the PC market, and many industry watchers predicted that the devices would fail to catch on with consumers. However, Chromebooks have made impressive gains in the laptop market since the devices first debuted about five years ago.

As recently noted by The New York Times, the growing popularity of Google’s Chromebooks has paralleled the overall increase in the use of cloud computing services. Now Chromebooks are beginning to challenge Microsoft’s (NASDAQ:MSFT) domination of the laptop operating system market and are even beginning to overtake Apple’s (NASDAQ:AAPL) longstanding runner-up position. According to NPD Group data cited by The New York Times, about 25 percent of all low-cost laptops sold in the U.S. are now Chromebooks. Meanwhile, Chromebooks have also nudged Apple’s MacBook out of second place in overall laptop sales and are quickly becoming the laptop of choice for schools, a market that has traditionally been dominated by Apple.

Unlike traditional laptops that operate primarily on software installed on the device, Google’s Chromebooks offer little in the way of offline storage space and instead encourage users to store and access all their documents in the cloud. Chromebooks are made by several different manufacturers, including Acer, Asus, Lenovo, Samsung (SSNLF.PK), and Toshiba. Although Chromebooks are available at a wide variety of price points, most of the devices fall into the low-end segment of the laptop market, between $200 and $350. However, the high-end Google Chromebook Pixel that was released last year starts at $1,300 and is intended to be a direct competitor to Apple’s MacBook Air.

The popularity of Google’s Chromebooks likely contributed to the continuing growth of China-based Lenovo in the worldwide PC market. According to the latest data from market research firm IDC, Lenovo is now the largest PC vendor in the world, with a 17.7 percent share of the market. Lenovo also recently revealed that it sold 55 million PCs during the March quarter for a year-over-year growth rate of 5 percent in an industry that has declined by 8 percent over the same time period, reports ZDNet.

While Chromebook’s relatively low cost makes it a popular choice for consumers that want an inexpensive travel computer or a device for children, the laptop’s reliance on the cloud has also allowed Google to push buyers into using more of the company’s peripheral services. Although Apple has a reputation for drawing users into its sticky ecosystem of services once a consumer tries one of its products, Google goes a step further and makes the use of its services essentially mandatory with the purchase of a Chromebook.

The New York Times reports that a Chromebook buyer must have a Gmail account in order to take full advantage of the device’s capabilities. Chromebook buyers also get 100 gigabytes of free cloud storage, while the inclusion of various preinstalled apps and services on the devices makes it more than likely that a Chromebook buyer will end up using a wide variety of Google services. While it remains to be seen if Google’s Chromebooks can make a significant impact outside of the low-end segment of the laptop market, the increasing popularity of cloud computing may soon help these devices secure an even larger share of the overall laptop market.