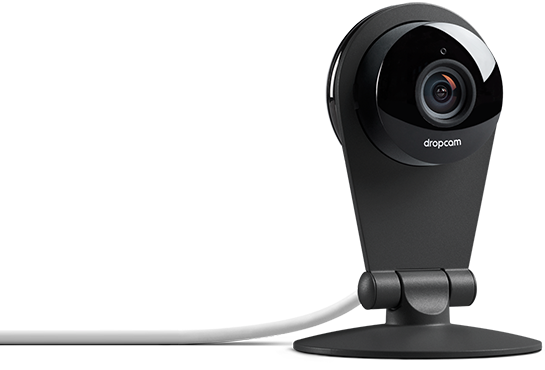 Google (NASDAQ:GOOG) (NASDAQ:GOOGL) has added another piece to its smart home puzzle with Nest’s acquisition of Dropcam for $555 million. Re/code reports that smart thermostat and smoke detector maker Nest signed an agreement on Friday to acquire Dropcam, a startup that produces the top selling home monitoring camera on Amazon (NASDAQ:AMZN). Four months ago, Nest was acquired by Google for $3.2 billion, but Nest says it is undertaking the acquisition of Dropcam on its own without help from parent company Google — which it likely specifies in order to assuage privacy concerns of users wary of their video feeds going to Google.

A post on Dropcam’s blog refers to Nest and Dropcam as “kindred spirits,” citing shared vision for privacy and product experience. Re/code reports that Dropcam will come under Nest’s privacy policy, and customer data won’t be shared won’t be shared with anyone, “including Google,” as Nest specifies.

Dropcam has not disclosed sales, but in addition to Amazon, the company now sells a $199 camera and a $149 model at Apple (NASDAQ:AAPL) and Best Buy (NYSE:BBY). The company also sells cloud storage, and customers pay $99 per year to store a week’s worth of video at a time, or $299 to save a month’s worth of video. Dropcam’s website cites the ability to save and share clips from that footage, and the company has an activity recognition service, currently in beta, that will “learn typical motion patterns in your video stream” to customize alerts that are sent via an Android or iOS app. Last year, Dropcam told AllThingsD that 39 percent of Dropcam users pay for services beyond the cost of the camera.

At the time of Google’s acquisition of Nest, Google said that Nest would continue to operate independently, which appears to be exactly what it’s doing. Google is expected to eventually integrate the technology that Nest is working on into a a smart home platform that would put it in direct competition with Apple, which recently introduced the HomeKit automation framework. Since that announcement, speculation has abounded about whether an Apple or Google smart home would be better, and Mashable even recently polled readers as to which one they would choose.

However, neither system is on the market yet. The Verge reports that Apple’s HomeKit, due out with iOS 8, will enable users to control smart devices in the home with an iPhone. August, Philips (NYSE:PHG), Honeywell (NYSE:HON), and iHome will all launch products that will be certified compatible with the system. Apple’s concept is to unify a variety of smart devices so that they are all compatible with and controlled by a single platform on the iPhone.

Apple seems to be a few steps ahead of Google, which does not yet have an integrated home automation system, or even a smart home product branded “Google.” As Forbes points out, the data collection capabilities of the Nest Learning Thermostat and Nest Protect smoke alarm are currently limited, as they hinge on a single sensor to tell them what’s going on in the home. Potentially incorporating Nest and Dropcam into a broader system could make the Nest system much more, and could give Google a strong foundation for its own smart home platform.

A third competitor, Quirky, just announced its arrival on the scene with a smart home hub that will interface with a variety of devices, like air conditioners from GE (NYSE:GE) and thermostats from Honeywell. The Verge reports that the Wink hub will go on sale at Amazon and Home Depot (NYSE:HD) for $79 starting July 7, and promises a solution to the Android/iOS dichotomy set up by Google and Apple’s smart home rivalry: a universal app available for both Android and iOS.

The hub is compatible with Wi-Fi, Bluetooth, Zigbee, and Z-Wave, and all of the connected devices can be controlled through the Wink app. In addition to GE and Honeywell, a total of 15 companies will offer about 60 compatible products in July. Those labeled “Wink app ready” will communicate with the app over Wi-Fi, while those labeled “Wink app compatible” will require the new hub. Wink may be an attractive choice for those looking to experience the smart home now, and for families with both iOS and Android users in one house.

Nest’s acquisition of Dropcam is ultimately another resource for Google to develop a smart home platform. But it’s important to note that Dropcam could also be a resource to Apple, which afterall sells the cameras in its retail stores. There will be much opportunity for companies, like Dropcam, that make devices compatible with both iOS and Android, and potentially both Apple and Google smarthome protocols. But if each of those platforms remains compatible only with iOS or Android, not both, they will open up the market for platforms and hubs ike Quirky’s Wink, which will work for a mixed household of iOS and Android users.

Since the company hasn’t announced anything definite yet, it’s unclear so far if Google will make a bigger play to enter the smart home market with a “Google” hub or platform, or if it will treat Nest (and Dropcam) as licensees and keep their businesses separate. Either way, Google is well aware of the huge potential for the market for smart home technology and is planning the best way to capitalize on the resources it has in the area.