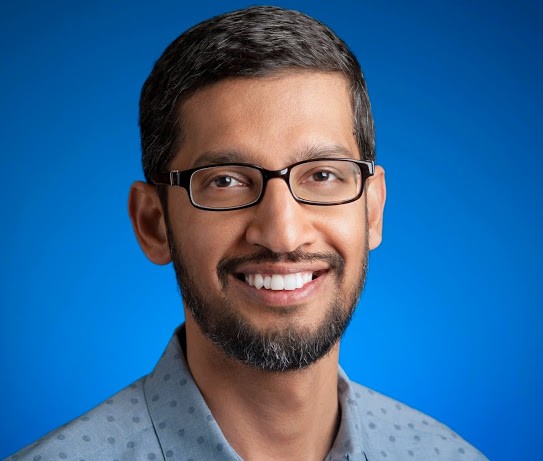 Today, Bloomberg Businessweek published a profile and an interview with Sundar Pichai, Google’s (NASDAQ:GOOG) (NASDAQ:GOOGL) senior vice president of Android, Chrome, & Apps. The features ran ahead of Pichai’s appearance as the keynote speaker at Google’s annual I/O conference. While Pichai confirmed a few of the areas regarding which Google will make announcements at the conference, he also made some interesting comments on what’s going on with Android, and the competition between Google and Apple (NASDAQ:AAPL).

In the profile, Bloomberg charts Pichai’s climb up the ranks at Google — from managing the Google search bar that appears in the right-hand corner of Internet browsers, to proposing that Google join the browser wars and build Chrome, to becoming the head of Android after Andy Rubin resigned from the position. The feature credits Pichai’s rise to power as “one of the most powerful technology executives in the world” to what Google CEO termed Pichai’s “deep technical expertise, a great product eye, and tremendous entrepreneurial flair.”

The Android mobile operating system runs on 1.2 billion devices around the world, and while the company won’t discuss the OS’s profitability, it’s considered vital to the company. It drives traffic to Google’s search engine and to ads on its map service. Each company that manufactures phones that run Android has to work with Google to strike a balance between highlighting Google services and making its own modifications to the open source software.

That has led to complex relationships with manufacturers like Samsung (SSNLF.PK), and with companies like Amazon (NASDAQ:AMZN), which numbers among the companies that have created custom versions of Android that omit Google services. The complex system of allowing many manufacturers to create devices running on multiple versions of Android runs counter to the way that Google’s biggest competitor, Apple, develops and releases the phones that run its iOS operating system — Apple’s own iPhones are the only phones running iOS.

By nature of the competition between Android and Apple’s iOS, headlines have always pitted Google against Apple, and the companies themselves have fostered some healthy competition. Bloomberg asked Pichai to respond to Apple CEO Tim Cook’s recent claim that most Android users run “ancient” versions of the operating system that don’t run the newest features, a comment Cook made during Apple’s Worldwide Developers Conference. Pichai said that Google releases a new version of Google Play Services every six weeks, and that typically 90 percent of users are on the newest version, refuting Cook’s claim. But Pichai also went on to talk about Apple’s announcements at the WWDC:

Apple announced lots of great things in their keynote. They also announced things we have done in Android four or five years ago, [such as] third party keyboards, richer notifications, and widgets. These all happened in Android such a long time ago. If you step back and take a holistic look, I think any reasonable person would say Android is innovating at a pretty fast pace and getting it to users.

Pichai wouldn’t compare the numbers of consumers who leave Apple for Android with the count of those who leave Android for Apple, but referred to Apple as “a great company” running “a great show.” He also seemed satisfied with the rate at which Android gains new users, telling Bloomberg, “Every piece of data I look at tells me that people are adopting Android at a faster pace than any other operating system.”

However, as Pichai is certainly well aware, the dynamics of the market are subject to change constantly, and everything from upgraded operating systems to app availability plays a part in consumers’ choices whether to buy a phone running Android or a phone running iOS. AppleInsider reports that RBC Capital Markets surveyed 4,000 consumers, and found that of those who were planning to purchase a smartphone from one of Apple’s rivals, 35 percent would instead choose an iPhone if the display were larger than the 4-inch screen of the current iPhone models.

Though that data represents a single, isolated study, it demonstrates how fluid consumers’ demands are. Some people are strict Apple devotees who never want to own a phone other than an iPhone. Some have pledged allegiance to phones running Android. But others are less committed either way, and base their buying decisions on factors — like battery life, processing speed, and screen size — other than the operating system that the phone is running.

The “cantankerous democracy” that Pichai refers to calls to mind the complexity of the Android world for app developers, who complain about the wide variety of devices, featuring different screen sizes and processing capability, that they are forced to contend with when they create a new Android app. It’s a stark contrast to the more streamlined process of developing an app for the well-controlled Apple ecosystem, but Pichai seems less focused on what Apple is doing and more interested in building teams and relationships within Google and with Google partners.

Speaking of Samsung’s Linux-based mobile operating system Tizen, which Samsung has suggested it might use to reduce its dependency on Android, Pichai offers insight only into what Google plans to do — to make Android a better product to keep and attract users. “We have to build the best computing system out there. I view Tizen as a choice which people can have. We need to make sure Android is a better choice.”

Pichai will appear as the master of ceremonies and keynote speaker at Google’s I/O conference this week, and is expected to reveal, in both overt and subtle ways, how Android will change under his tenure. The first change is Pichai’s plan to preview the new annual version of the Android operating system during the I/O conference, rather than waiting for the fall, in order to enable phone manufacturers to more easily prepare for the holidays. Pichai will speak about Android Wear for fitness trackers and wearable computers, and will announce new manufacturers and devices. He’s also expected to introduce a software called Android TV, a followup to the successful Chromecast streaming adapter, similarly aimed to place Google in competition with products from Amazon, Microsoft, and Sony.

Ultimately, Pichai seems to bring strategy, diplomacy, and technical expertise to his leadership of Android — and it seems that that combination has so far served him well at the helm of the “cantankerous democracy” of the various Google teams, product manufacturers, and app developers who have so far contributed to the growth of Android.