Has Apple Completely Redesigned the Next MacBook Air? 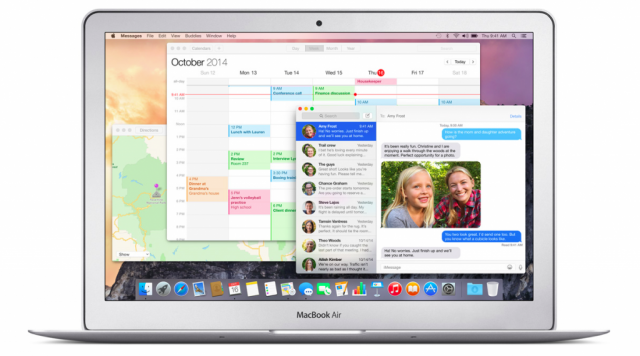 How different will the next-generation MacBook Air look from the current model? If current reports are to be believed, Apple may have completely redesigned the new version of the slim laptop, dropping the usual full-sized USB ports, MagSafe connectors, and SD card slots in favor of a thinner, lighter body and a higher-resolution display.

According to 9to5Mac’s Mark Gurman, who reportedly received in-depth details about the upcoming computer from sources within Apple, the launch of the redesigned MacBook Air will be Apple’s “first major step in mobile Mac computing” since the introduction of the Retina MacBook Pro in 2012. Gurman reports that the new MacBook Air will measure 12 inches, considerably smaller than the current 13-inch version. This new 12-inch version will also be about a quarter of an inch narrower than the current 11-inch version, but a quarter inch taller in order to accommodate a larger display. To fit the larger screen into a body so close to the same size as the current 11-inch version, Apple has reportedly reduced the bezels on all sides.

The rest of the body has also reportedly been revamped, with the keyboard sitting much closer to the edges of the laptop. The keyboard has also been subtly redesigned to place the keys closer together in order to make the keyboard as narrow as possible. Apple also relocated some of the function keys that normally reside across the top of the keyboard and simplified the arrangement of the arrow keys.

The trackpad is about the same width as that of the 11-inch model, but is taller and nearly reaches the bottom of both the keyboard and the frame. The new trackpad also eliminates the effect of physical feedback for a click, which users experience with the current models. Gurman says that this figures into Apple’s plan to reduce the thickness of the computer to the bare minimum.

The upcoming model has a tapered, teardrop-like design that gets thinner from top to bottom. The laptop is so thin that Apple employees reportedly refer to the device as the “MacBook Stealth.” Apple slimmed down not only the trackpad, but also changed the speaker ports as well, placing four speaker grills that double as ventilation holes above the keyboard.

Gurman notes that the upcoming 12-inch model has the lowest number of ports ever for an Apple computer. On the right side, Apple has placed a standard headphone jack and dual microphones for input and noise-canceling. The only port on the left side is the new USB Type-C port, and Gurman says that Apple is currently planning on dropping standard USB ports, the SD card slot, and even the Thunderbolt and MagSafe charging standards with the new computer. (However, Gurman does share the disclaimer that Apple usually tests several designs of upcoming products, and the final model could still ship with the legacy ports.)

The new USB Type-C connector is smaller and faster than the standard USB 2.0 and 3.0 ports. The connector can replace the Thunderbolt Display port found on current Apple laptops because USB Type-C is capable of driving displays. USB Type-C can also power computers, which would render the MagSafe plug unnecessary. Additionally, the connector is reversible like Lightning on iPads and iPhones.

On The Verge’s Tom Warren notes that Apple has been heavily backing the development of the USB Type-C standard, assigning 18 engineers to help build it alongside those from companies like Lenovo, Dell, and HP. Apple’s engineer count is second only to Intel’s 24, just above Microsoft’s 16, and significantly higher than Google’s 10, Dell’s 5, and HP’s 6. At least two of the employees whom Apple assigned to the project work inside the Mac hardware group and Mac systems architecture group. Some of the engineers also work on interoperability within Apple, which could indicate that Apple is planning on using USB Type-C across its product lines in the future. The specification could potentially replace both the Thunderbolt and Lightning connectors.

Warren explains that USB Type-C is perhaps the most important technology that Apple needs to create what could be a less expensive Apple laptop — one that could compete with low-end Windows laptops and Chromebooks, but hopefully make fewer compromises than those machines have made. After USB Type-C, the second most important piece of technology for such a machine would be a processor that runs cool enough to enable a thin design without a fan.

While Gurman notes that Intel is revealing the latest news on the Broadwell family of chips at CES this week, Warren posits that Apple could use the Intel Core M processor to keep everything cool and ensure sufficient battery life. He notes that a Core M would mean that the new MacBook Air would be thin and light — but perhaps not a super powerful machine. In the same way, it could power the rumored high-resolution screen, one that’s standard on midrange or even low-range laptops this year, making for a machine that’s great for browsing or video watching.

Gurman notes that because the new MacBook Air could have only one port, Apple could create a hub that would enable users to plug multiple devices into the laptop. Given the assortment of adapters that Apple ships for Mac and iOS devices, Gurman says that it wouldn’t be unprecedented for Apple to add another attachment to its portfolio of accessories. When it comes to the overall appearance of the new laptop, he posits that Apple could make the new model available in the “Space Gray” color that it now uses on iOS devices and some Macs. The latest rumors indicate that the new MacBook Air will ship in mid-2015, while some reports indicate that the laptop is already nearing production.