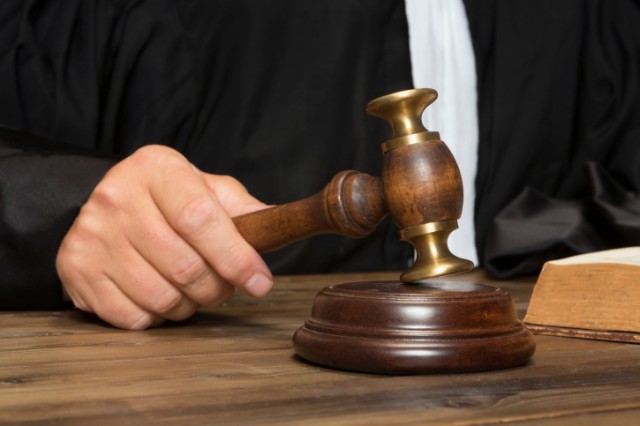 Now that the latest round of patent litigation between Samsung (SSNLF.PK) and Apple (NASDAQ:AAPL) has wrapped up, the foreman of the jury on the case has told Apple that it should go after Android-maker Google (NASDAQ:GOOG)(NASDAQ:GOOGL) rather than a device maker like Samsung, as most of the patents that Apple took issue with were related to the popular Android operating system and not specifically to Samsung devices, which is actually along the lines of what Samsung tried to argue at one point in the trial.

On Friday, the jury granted a symbolic victory to Samsung, saying that the South Korea-based company need only pay Apple $119.6 million in damages when Apple had been asking for a whopping $2 billion. The jury even found that Apple was infringing one of Samsung’s patents and ordered Apple to pay $158,400.

According to a report from The Wall Street Journal, on Monday, the jury foreman spoke outside the U.S. District Court in San Jose, California, saying that Apple should stop suing the companies that make devices running on Android and just go after Google itself. “If you really feel that Google is the cause behind this, as I think everybody has observed, then don’t beat around the bush,” said Tom Dunham, a former executive from International Business Machines (NYSE:IBM). His job at IBM was to oversee developers expected to file patents, per The Wall Street Journal. “Let the courts decide,” he said. “But a more direct approach may be something to think about.”

Google had been a shadowy presence in the trial, frequently discussed but not actually present. Samsung’s lawyer, Peter Quinn, said in his opening statements that: “Not one of the accused features on this phone was designed, much less copied, by anyone at Samsung. The accused features on this phone were developed independently by some of the software engineers at Google, up the road in Mountain View.”

Later on in the trial, an Android executive took the stand for Samsung and information came to light showing that Google had promised to back up Samsung in patent litigation and provide full or partial indemnity for several of Samsung’s patents. Even though Samsung is pointing the blame at Google, the company doesn’t believe Apple is warranted to sue over the features that Android allegedly copies. “What this case is really about is Apple trying to limit consumer choice and to gain an unfair advantage of its one main competitor, Google’s Android,” Quinn said in Samsung’s opening statements.

After deciding the ruling on Friday, the jury met again on Monday after an Apple lawyer found that the jury had neglected to calculate damages for Samsung’s infringement of one of Apple’s patents, reports FOSSPatents. The two-hour meeting resulted in the jury keeping Apple’s damages the same. FOSSPatents also noted that the amount Samsung has to pay could easily be reduced on appeal, which makes the case look like even more of a victory for Samsung.

Apple’s case against Samsung may have been one of the most notable ones recently, as it pitted two of the biggest players in the smartphone market against one another, but Apple’s been in litigation elsewhere, and it hasn’t been on the offensive. Apple had recently been charged in a price-rigging scheme over e-books, and the case did not go as favorably as the one against Samsung. From our earlier article, here’s what has been happening in that lawsuit against Apple.

In a rare break for Apple in its long-running e-books antitrust litigation, the Cupertino-based company has secured an opportunity to argue for a delay of the upcoming damages trial, reports Reuters. In an order issued by the U.S. Court of Appeals for the Second Circuit in New York, Apple was referred to a three-judge panel that will hear its arguments in favor of a stay of class notification and a stay of the upcoming damages trial. U.S. District Judge Denise Cote — the judge who presided over the original e-books antitrust trial last summer — denied Apple’s request for a delay of the damages trial on Wednesday. Apple then filed an emergency motion with the appeals court.

The appeals court also granted Apple’s request for an administrative stay of the class notification that was due to commence on April 28, 2014. Without the stay of the class notification, Apple would have had to start sending notices to consumers who are entitled to damages under class certification. Judge Cote granted class certification to consumers suing the iPhone maker over the e-book price-fixing conspiracy in March.

Apple is currently being sued for damages by multiple state attorneys general and consumers. According to a press release from Steve Berman, managing partner of Hagens Berman and lead attorney for the e-books litigation and class action against Apple, consumers may be entitled to up to $850 million in damages. The damages trial is currently scheduled to begin in July 2014, but may be delayed if Apple’s appeal is successful.

In her ruling, Judge Cote noted that some e-book prices increased from $9.99 to as high as $14.99 after the price-fixing conspiracy took effect. Before 2010, Amazon was dominating the market by selling e-books at a standard price of $9.99. However, Apple raised the average retail price of e-books by coordinating the use of agency model contracts with various publishers.

After Apple’s guilty verdict, Judge Cote also issued an injunction that required Apple to hire an “External Compliance Monitor” for a period of at least two years. Apple has repeatedly tried to get the monitor provision of the injunction suspended while its appeal was pending but has so far been unsuccessful in that endeavor.