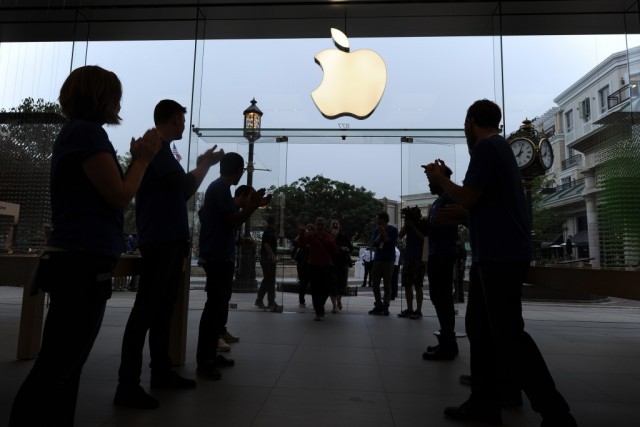 Apple is poised to debut its latest products at a media event in Cupertino, California that is scheduled for 1 p.m. Eastern time on Tuesday, September 9. Among the devices the company is rumored to be unveiling are two iPhone models with larger screen sizes of 4.7 inches and 5.5 inches. A wrist-worn wearable tech device that has already been dubbed the “iWatch” is also expected to make an appearance. According to KGI Securities analyst Ming-Chi Kuo via AppleInsider, there is even an outside chance that Apple will unveil the iPad Air 2.

However, it’s not just new devices that Apple is expected to show off tomorrow. Besides the usual leaks and speculation about the California-based company’s latest iDevices, there have also been multiple rumors that suggest Apple is preparing to delve into the burgeoning world of mobile payments. Leaked schematics that were obtained by Chinese repair company GeekBar and posted on Weibo earlier this month showed that the next-generation iPhone will include a Near Field Communications (NFC) chip that will enable the device to make wireless payments. More recently, The Wall Street Journal cited sources that claimed that the iWatch would also include an NFC chip.

While NFC chips are already widely used in many Android-based smartphones as a method for turning the mobile devices into so-called “digital wallets,” Apple has so far avoided implementing the technology. However, Apple’s lack of NFC-based technology in its devices has hardly hurt it. None of the currently existing NFC-based mobile payments systems have been embraced by consumers. A recent study conducted by Thrive Analytics found that less than one-third of U.S. consumers use digital wallets, despite nearly 80 percent of them being aware of digital wallets as an alternative form of payment. Interestingly, one of the primary concerns cited by consumers in Thrive Analytics’ study was security.

Naturally, this raises the question of whether Apple’s system will face the same obstacles in consumer adoption that other NFC-based mobile payments systems have faced. After all, what will make Apple’s system more secure than currently existing systems? Well, according to the latest rumors, there may be at least two significant security improvements in Apple’s mobile payments system. 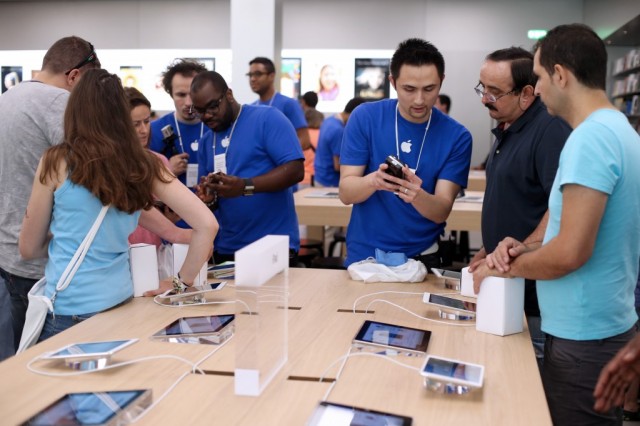 Insider sources cited by industry news site Bank Innovation suggest that Apple’s soon-to-be-announced wireless mobile payments system will offer an additional level of security by combining the standard NFC-based payment technology with a security technology known as “tokenization.” As noted by Bank Innovation, tokenization is a process that replaces credit card or other account numbers with complex codes that are only used once for each transaction. This technology provides an extra layer of security to the wireless payments process since the only information that a scammer could intercept would be a useless code. An Apple patent highlighted by Bank Innovation showed that the iPhone maker has long been interested in tokenization technology, while other patents reveal the company’s interest in digital wallet technologies and secure NFC-based payment systems.

There is also evidence that Apple will use its iBeacon technology to bolster mobile payments security in some retail locations. According to unnamed sources cited by 9to5Mac, Apple and Disney retail stores have recently installed upgraded iBeacons and NFC scanners. While the NFC scanners are presumably for Apple’s new NFC-enabled mobile devices, 9to5Mac speculated that the upgraded iBeacons may provide additional security by allowing the NFC-based mobile payments system to determine if it is accessing the correct digital wallet during a transaction. Apple’s iBeacons rely on the Bluetooth Low Energy communications standard, which enables it to accurately pinpoint a mobile device’s location.

Although industry watchers won’t know exactly how Apple’s mobile payments system will work until it is unveiled on Tuesday, a recently leaked video that showed a fully functional 4.7-inch iPhone 6 revealed a Passbook icon that included a tab with an image of a credit card. This suggests that Apple’s next-generation iDevices will be able to store virtual credit cards that can then be used for wireless payments via the combined NFC and tokenization technologies.

While it remains to be seen if Apple’s security-minded approach will coax more consumers to use digital wallets in lieu of traditional credit cards or cash, the implementation of NFC technology in the iWatch may give Apple another leg up on the competition. Besides security concerns, two other digital wallet issues cited by consumers in Thrive Analytics’ study were “lack of usability” and “not being top of mind as a form of payment.” It would seem that a wearable tech product like the iWatch that is always conveniently within reach would solve both of those issues.

On the other hand, it’s unclear how much the recent stolen photos scandal will impact consumers’ perception of Apple’s overall security. Apple fans should have a better idea of how the rumored mobile payments system will work and whether it can be trusted to keep their financial information secure when the company holds its media event on Tuesday, September 9.