Amazon released the second-generation Echo Wednesday, which provides the first major upgrade to the device since it was introduced almost three years ago. The new Echo is smaller than the previous version and costs $100, compared to the original device’s price of $180. Designs of the upgrade include a cloth-covered version. 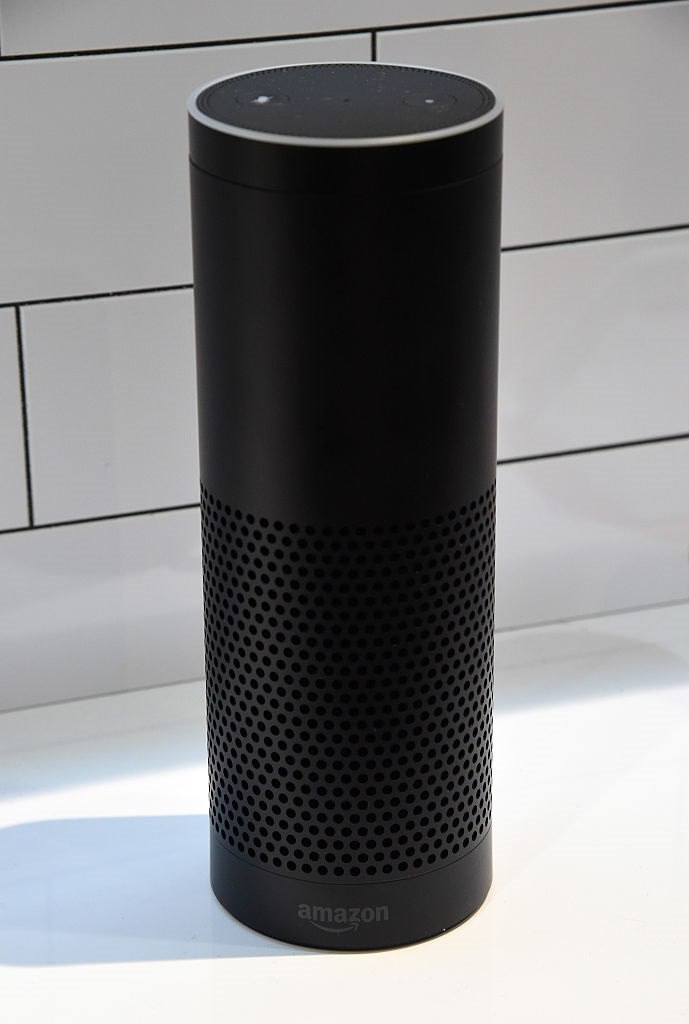 The original Amazon Echo is displayed at the Sands Expo and Convention Center on January 7, 2016 in Las Vegas. The new, upgraded device was announced Sept. 27, 2017 and is smaller in size. | Ethan Miller/Getty Images

The new upgrade features audio that can stream to multiple devices at once, which reflects a major request of users nearly since the device’s inception. For those who wish to achieve the three-room audio effect, Amazon is offering a three-pack option for $250.

Another new feature of the new Echo is it can make free phone calls to the United States, Mexico and Canada for the first time. In conjunction with this new ability to make calls, Amazon introduced a separate device Wednesday called Echo Connect. One of the features of this device, which runs for $35, is it can make 911 calls. This new gadget will arrive in the fourth quarter of 2017.

An official tweet featured information about the new, smaller Echo:

Say to the all-new Amazon Echo. #JustAsk https://t.co/4rdGcSdmrU via @YouTube

Customers who wish to purchase the original, taller Echo can still do so. It will now be called Echo Plus and will run $150. Amazon has updated this product as well, by improving the sound and adding a built-in smart home hub.

Preorders for the new Echo devices started Wednesday. The Echo Spot was also announced, which is a device that acts as an alarm clock and has a 25-inch screen that can show video feeds.

In other news, the retailer also announced Echo will be embedded into BMW cars in 2018.

In addition to these products, Amazon announced a new fire TV Wednesday.