How Apple Maps Could Eventually Route You Around Stoplights 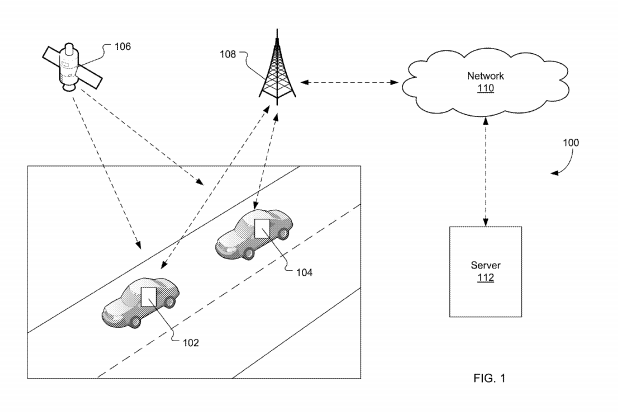 In the future, your iPhone may be able to help you pick a better route for your commute to work, thanks to a newly patented route creation system that crowd sources stoplight and stop sign information from multiple iPhone users to improve travel time estimates and find faster routes for all of them.

Apple’s (NASDAQ:AAPL) patent number 8,793,062, for “Routing based on detected stops” describes a system that collects traffic information from mobile devices (like iPhones) and then analyzes the data to determine the location and patterns of stop signs and stoplights. That information would then be used to create faster routes and more accurate estimates of travel time. The abstract of the patent, first filed in 2012 and issued by the U.S. Patent and Trademark Office on Tuesday, explains how the system would work:

The patent notes that when users input a destination to the navigation software on their smartphone, the software — like Apple Maps — will often present more than one possible route to reach the destination. Each route includes an estimate of travel time or time of arrival, calculated based on the route’s distance and the projected travel speed. Apple says that while users often use that estimate of travel time to choose which route to take, the estimate can be inaccurate due to traffic conditions for which the software doesn’t account.

The system described in the patent solves the problem by crowd-sourcing information on stop signs and stoplights and the delays that they cause, enabling the navigation software to produce more accurate travel time estimates, create faster routes, and even determine what time users should travel in order to most effectively avoid stops.

In some iterations of the invention, the system would rely on the iPhone’s GPS to determine the phone’s location via satellite. Alternately, the iPhone could be located using cellular or Wi-Fi connections. And in other iterations of the system, the phone could be “configured” with motion sensors like an accelerometer or gyroscope to determine when it (and the vehicle it’s in) are stopped or moving. The location data can be correlated with the iPhone’s internal clock to determine how long the iPhone is moving or stopped, and the corresponding locations and durations of stop signs and stoplights based on the traffic patterns that emerge as multiple iPhone users travel the same routes.

The system would detect stoplights and stop signs by the distinctive traffic patterns that they create. Using data from users’ iPhones, the server would detect the appropriate patterns of movement using thresholds both for durations of stops and for the distances of movements, such as those that regularly occur when multiple vehicles are queued while waiting to cross an intersection at a stop sign. A stoplight could be detected via data that shows multiple vehicles stopping at one time in close proximity, and then crossing through the intersection in close sequence.

The iPhone could communicate the information to a server in real time, or close to it, and from there the server would determine the delays associated with detected stop signs and stoplights. The server can then push that information to apps like Apple Maps. The software would suggest routes to users, based on either the distance traveled or the estimated duration of the trip.

These new routes and travel time estimates would factor in the average time spent at stop signs and stoplights along the route. Stop signs and stoplights could be displayed on the maps shown to users, and users could also view stop information for a particular time of day or for a specific day of the week. That would enable users to plan ahead and choose the best route based on the time and day of travel. The software could also suggest the best departure time based on stoplight and stop sign information.

According to the patent, the server could analyze the chosen route and arrival time and determine when the stoplights along the way should turn green to allow traffic to pass through the intersection. It could then determine the route with the fewest or shortest stops, and then suggest a departure time. The patent notes, “If the user departs the start location at the suggested departure time, the user may experience a continuous or near-continuous drive to the destination location.”

It’s not yet clear whether Apple intends to implement the system in its Maps app. As Apple Insider reports, initial betas of iOS 8 don’t support “such granular traffic pattern analysis.” Additionally, other maps like Waze, which Google acquired in 2013, already crowdsource real-time traffic data and route information. Since the infamous rollout of Apple Maps, the company has been working to improve the quality of the maps and the app.

Apple has also made a number of mapping and navigation-related acquisitions recently, and the teams and technology that Apple gained when it bought companies like BroadMap, Embark, and Locationary are expected to improve Apple Maps’ features and functionality, plus bolster its ability to compete against rivals like Google Maps.