How Apple Pay Can Pave the Way for Bitcoin 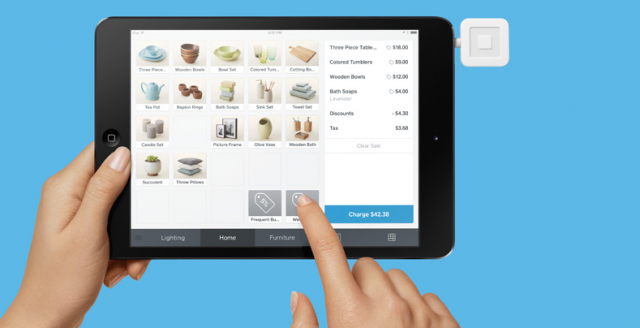 Even for consumers who won’t buy an iPhone 6 and use Apple’s new mobile payments system, Apple Pay could still end up changing the way that they pay for their everyday purchases. That’s because Apple, a company that has built its reputation on its ability to reinvent emerging technology, has repeatedly changed users’ habits in the process, because its products have changed the way industries work. (Think iTunes and its impact on how consumers bought, shared, and listened to music.)

Apple is hoping to do the same with Apple Pay, an NFC-enabled mobile payments system that will launch in October for owners of the new iPhone 6 and iPhone 6 Plus — or even owners of the iPhone 5, 5s, and 5c with the help of the Apple Watch, which is expected to be available early next year. Banks and credit card networks have scrambled to get on board with Apple Pay, and some merchants have committed to enabling Apple Pay payments as well. Most point of sale systems don’t support contactless payments or digital currencies — even Bitcoin, the world’s most popular digital currency. But a new register by Square could help Apple change that.

Square offers a product called the Square register, which it refers to as a “pocket-size point of sale.” The system includes an iOS or Android app for iOS and a card reader, and enables users to swipe their credit cards at a “terminal” on a mobile device like a smartphone or a tablet. (The company was reportedly in acquisition talks with Apple, with TechCrunch reporting that before Square raised $100 million in funding, Apple wanted to acquire it, but at less than half of the $6 billion valuation it would later raise.) According to CBC, Square CEO Jack Dorsey says that Square is building a new register that will enable retailers to accept any form of payment, including Apple Pay and Bitcoin: “We’re building a register so that sellers can accept a credit card, so they can accept cash, so they can accept a cheque, so they can accept Bitcoin and so they can accept any form of payment that comes across the counter including future ones and burgeoning ones like Apple Pay.”

Apple Pay will be available at 220,000 U.S. retail locations starting in October. That’s a good start, but comparing the figure to the more than 9 million U.S. locations that accept credit and debit card payments shows that Apple Pay and mobile payment systems have a long way to go. The Wall Street Journal reports that near-field communication technology, on which Apple Pay depends, is used by only about 10 percent of retailers.

Even though some retailers, including Best Buy and WalMart, have gotten on board with a mobile technology service by the Merchant Customer Exchange — which will be able to be used on both iOS and Android devices with an app called CurrentC — Apple is likely to reap the benefits of good timing, as the launch of Apple Pay coincides with a push for retailers to implement payment terminals that accept chip and PIN, or EMV, cards. If they don’t install the new terminals by October 2015, retailers and not banks will be liable for fraud.

When contacted by Wired, Square didn’t offer any comment on when the new Apple Pay and Bitcoin-capable register would be available, but spokesman Johnny Brackett reiterated the company’s motivation to accept new forms of payment. “Square sellers should never have to miss out on a sale. They should be able to accept any form of payment.” But with retailers due to replace their point of sale systems, more stores could end up installing registers that support mobile payments and digital currencies, and Square could make it easier for more stores to accept not only Apple Pay, but also Bitcoin.

And there’s room for both Apple Pay and Bitcoin. CNBC notes that Apple’s products and services create a closed ecosystem, which retains customers well but is vulnerable to the innovation of open-source projects. CNBC’s Brian Kelly notes that Apple’s plan to layer another fee — for retailers to use Apple Pay — to an already-expensive payment network represents an opportunity for digital currencies, which are open-source and therefore can integrate with the best new technology right away.

To Kelly, the growing interest in Bitcoin demonstrates that users are willing change their behavior when it comes to payment systems. With Apple Pay, Apple promises to deliver a user-friendly way of making digital payments, and that could open the way for consumers to be more open to using digital currencies like Bitcoin.

Apple Pay also introduces consumers to the idea of tokenization — the use of a one-time card number that doesn’t transmit consumers’ personal information to complete a transaction — and that introduction, plus Apple’s ability to get users to change their habits, could push the payments industry forward. Apple will aim to get consumers to become more comfortable with the idea of putting away the plastic cards in favor of digital and mobile payment methods, and that will benefit not only Apple Pay, but also Bitcoin and all of the services that promote digital and mobile payments.