How Apple’s Future iDevices May Get Even Bigger Screens 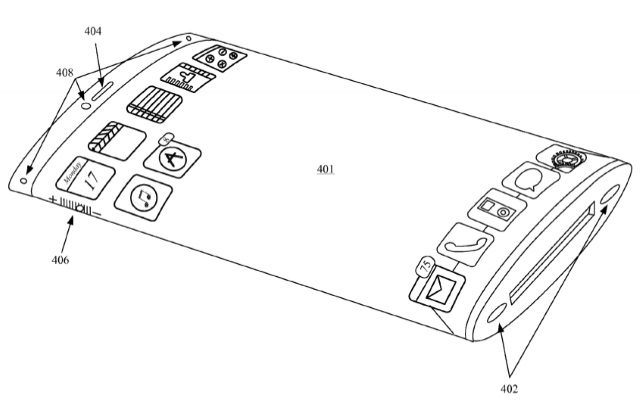 Apple surprised many industry watchers when it unveiled its larger-screen iPhone models last September. The company has long opposed making larger-screen smartphones due to co-founder and former CEO Steve Jobs’s oft-repeated belief that 3.5-inch screens were the “perfect size for consumers,” as reported by CNBC. After modestly increasing the iPhone 5’s screen size to 4 inches, Apple unequivocally jumped into the phablet market with the 4.7-inch iPhone 6 and the 5.5-inch iPhone 6 Plus. With the size of the larger iPhone already close to the size of a small tablet, it’s hard to imagine how Apple could possibly squeeze even more screen estate out of the iPhone. However, two recently published patents filed by the Cupertino-based company outline exactly how that could be achieved.

The patents, which were first highlighted by Cult of Mac, show two different ways that Apple might create more screen estate for its future mobile devices. Amazingly, neither method requires increasing the overall size of the products. So how do you squeeze more screen estate out of a device without making it bigger? The first method is described by Apple in a patent titled, “Electronic Device with Wrap Around Display.”

As the title suggests, this method would expand the iPhone’s screen size by implementing a flexible display technology. “Form factor is an interesting area for development given that a large majority of portable electronic devices have settled into a standard form factor; namely a flat planar form factor with a display on one side and an opaque housing which contains the electrical components covering the rear surface of the device,” stated Apple in the patent description. “Unfortunately, this popular form factor, leaves the sides and rear surfaces of the device unused or at best configured with buttons and switches with fixed location and functionality.” 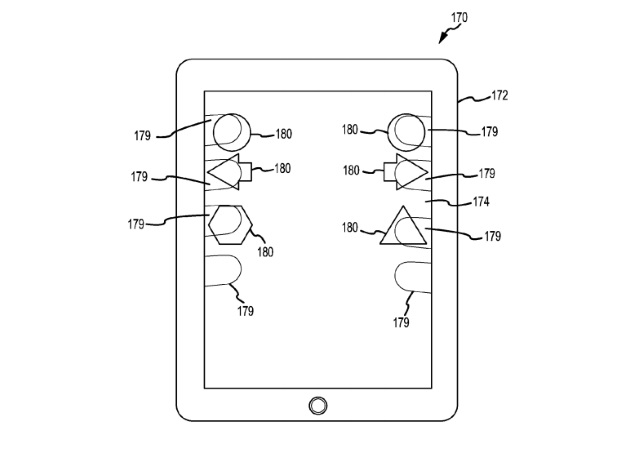 In order to take advantage of these unused surfaces, Apple proposes using a transparent housing component with flexible display assembly coupled to the interior surface. By utilizing the space normally occupied by the bezels and the rear casing on traditional smartphones, Apple could significantly increase the size of a device’s screen in relation to its overall dimensions. And while a user would only be able to see one side of the device at any given time, the back display could be utilized as a touchscreen input mechanism for the primary screen. This would effectively increase the primary display area since a user would no longer have to obscure parts of the screen when using their fingers on the touchscreen.

Apple proposes a similar solution that could one day be used for its iPad in another patent that was published in January 2015. In a patent titled, “Configurable Input Device,” Apple described an input system that would effectively increase a tablet’s usable screen estate by providing virtual inputs on the “unused” rear casing. Apple noted several different kinds of sensors that could enable these virtual inputs, such as ultrasonic, pressure, and capacitive.

Some embodiments of this invention would enable the user to see a translucent outline of their fingers in order to help them accurately interact with the displayed content. However, the images of a user’s fingers would be turned off in certain contexts where it would be undesirable, such as during playback of a movie. This system would also automatically adjust the position of certain virtual inputs if a user moves their hands. In other words, users wouldn’t have to make sure that their fingers were placed in a particular spot on the back of the iPad. Although this system doesn’t actually increase the screen size of an iPad, it would effectively create more visible screen estate for users, since they would no longer have to block portions of the display with their fingers.

Of course, since these are just patents, it is impossible to know if or when Apple will utilize these inventions. However, it should be noted that the “Electronic Device with Wrap Around Display” patent is a updated version of a patent that was originally published in March 2013. The new version was updated with additional details about the flexible display and the transparent housing component. The latest patent also has several new references to printed circuit boards (PCB) that were not in the original.

At the very least, this seems to indicate that Apple is keeping up with new technological developments related to this invention, which could indicate an ongoing interest in implementing this invention into an actual product. In any case, it’s good to know that Apple has other tricks up its sleeve for giving its mobile devices bigger screens that don’t involve making its products so large as to be uncomfortable to carry around.