How Arcades Are Staying Relevant in the Era of Home Consoles 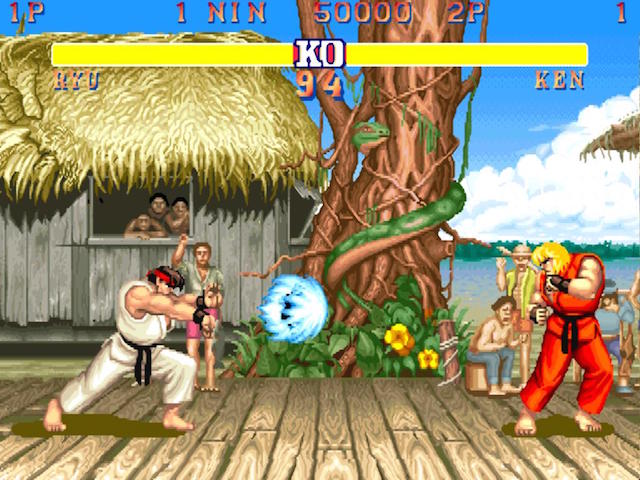 If you were dropped into an unfamiliar mall in the 1980s and ’90s, you wouldn’t need a map to spot the arcade. You could hardly ignore it, with its machines flashing bright lights and thumping out loud sound effects, each one vying for your attention, and ultimately, your quarters. Arcades were designed to be noticed.

For gamers, those days were glorious. The graphics of arcade games far outpaced what was available on home consoles like the Atari 2600 and original NES. Arcades also offered a fun place to hang out with friends.

Flash forward to 2014, and most malls don’t have arcades at all. You can still find arcade games in places like Dave & Busters, bowling alleys, and putt-putt courses, but they’re no longer the cultural touchstone they once were. And in the forward-thinking arcades, the games on offer are quite different from what was available in decades past.

For any industry to succeed, it has to identify what it can offer that other experiences can’t. Movie theaters are going through a similar transitional period now, with many cinemas adding full restaurants and bars to their establishments, in addition to IMAX screens, digital projectors, and big, comfy recliners. These features add to the price of tickets and create an experience you can’t get at home, no matter how big your TV is. 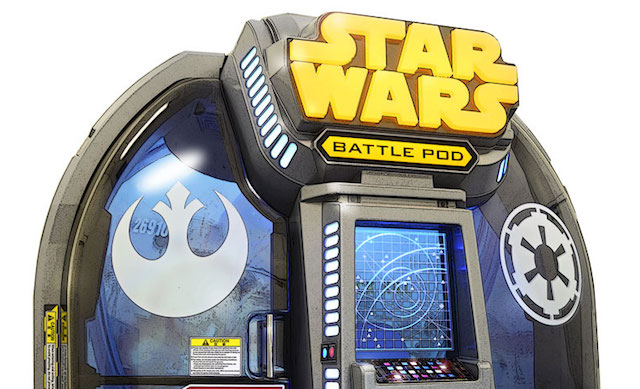 Most new arcade games are doing something similar. For instance, Kumg Fu Panda: Dojo Mojo brings a kung-fu twist to the typical whack-a-mole game. It features six pads located along the sides of the screen. These light up as you play, and your job is to punch them before time runs out. You can watch a video of the arcade game here. Transformers: Human Alliance is a shooter that uses a unique gun as a control input device. Both of these games use controllers not available on home consoles.

But the game that best illustrates the “home versus arcade” divide is Bandai Namco’s new arcade title Star Wars: Battle Pod. In it, your job is to pilot flying vehicles and participate in key moments from the original Star Wars trilogy. But it isn’t your average arcade game.

Star Wars: Battle Pod is a nearly-enclosed spherical contraption, whose giant curved screen wraps around you, taking up the entirety of your vision, even when you turn your head.

The unit is packed with features you’d never find at home. In addition to the 180-degree screen, the seat and control pad vibrate in time with the action onscreen. Fans blow air at you to simulate speed and acceleration. A 5.1 surround sound system pumps out music and environmental sounds from the movies. The effect is that it really feels like you’re blasting AT-ATs on Hoth, riding a speeder-bike through the forest of Endor, and downing TIE Fighters in a Death Star chasm. Talk about immersive. Star Wars: Battle Pod was made for the arcade. 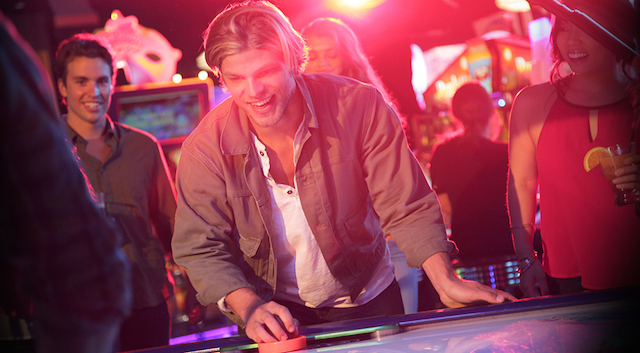 While it might seem like new arcade games are few and far between these days, they’re not. John McKenzie, president of Bandai Namco Amusement for America and Europe, told Polygon that the company alone releases about 15 arcade titles in the U.S. each year, and many more in Japan, where arcades remain hugely popular. “We release them to different levels of arcades in Western markets,” he said. “From Dave & Buster’s all the way down to truck stops. They’re also in movie theaters and Chuck E. Cheese’s restaurants. Bandai Namco are very active in terms of releasing titles.”

McKenzie also emphasizes the importance of arcades offering unique kinds of games. ”When you go into an arcade you need something that delivers an experience you can’t get at home,” he said.

Also speaking with Polygon, Star Wars: Battle Pod game designer Kazutoki Kono said, “We targeted three minutes per a play. The hardest thing we had to do was taking the action that most console games would include over hours and hours of time and then squeezing it into three minutes.”

The differences go even deeper than that. Arcade players generally don’t have the time or patience to learn a complex control scheme, so designers have to make them easy to pick up and play. “For home consoles we can get into real details because those games aim for the long term and want players to really get into it,” Kono said. “Arcade games have to be a lot more instinctual.”

So next time you’re looking for something fun to do with your friends, consider heading out to an arcade. It might be a fun change of pace if you’re used to gaming on home consoles.