How Big Is Apple’s Trickle-Down Effect? 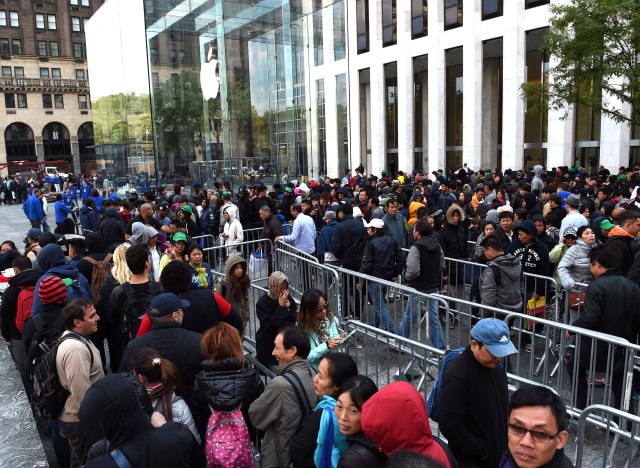 The world’s most valuable company is certainly making its presence known in the economy these days. Last month, Apple unveiled the highly anticipated iPhone 6 and iPhone 6 Plus. The new smartphones were labeled by Apple as the biggest advancements in iPhone history, and they experienced record demand on their opening weekend. As a result, the iEconomy continues to expand.

“New iPhone form factors always provide a short-term boost to traffic and volume to the consumer electronics market, but it’s the accessory purchases that keep the momentum going,” said Stephen Baker, vice president of industry analysis at NPD Group. “Case sales specifically, and accessory sales in general, remain an excellent proxy in measuring the long-term demand for a phone.”

He continued, “The new iPhone releases, and the subsequent mobile accessory purchases that result from them, are one of the key opportunities helping to set the stage for a strong fourth quarter and holiday season.”

Protective accessories witnessed the highest levels of growth. Screen protector revenue increased 120% versus the pre-launch period, and cases increased 78% in revenue and 63% in units, potentially providing a sales boost to Apple and other companies such as ZAGG, OtterBox, Case-Mate, and Speck. In the June-ended quarter, Apple’s revenue from accessories reached $1.325 billion.

Revenue growth for other devices were much lower. Revenue for mobile power products and Bluetooth speakers both grew 5%, while headphones with microphones increased 10%.

The iPhone 6 models sold a record 10 million units in just three days after the launch on September 19. Momentum is set to continue for the accessory market as the iPhone 6 and iPhone 6 Plus launch in 36 more countries and territories this month, including Europe, Asia, the Middle East, Latin America, and Africa. In fact, the new models will be available in a total of 69 countries and territories by the end of October and are on track to be available in more than 115 countries by the end of the year, making it the fastest iPhone rollout ever.